Denver's Unconstitutional Harassment of Jury Nullification Activists: The City Treats Handing Out Pamphlets Near a Courthouse as a Crime 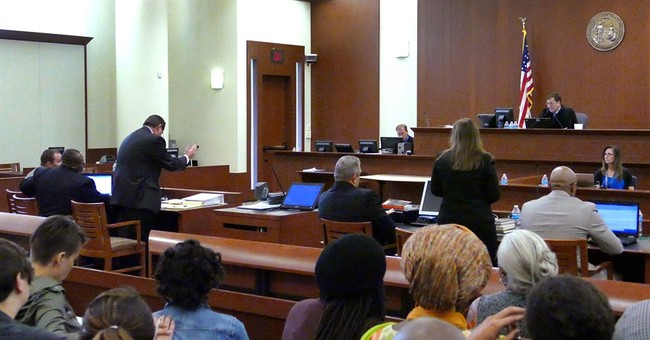 Trending
This Saturday is Jury Rights Day, which commemorates the 1670 acquittal of Quaker leader William Penn by English jurors who refused to convict him even though he had clearly violated a ban on dissenting religious assemblies. Denver is celebrating the occasion by harassing activists who seek to inform the public about the principle embodied in Penn's acquittal: the right of jurors to reject the enforcement of unjust laws, a.k.a. jury nullification.

After two local activists, Mark Iannicelli and Eric Brandt, distributed jury nullification pamphlets outside the Lindsey-Flanigan Courthouse in Denver on July 27, Denver District Attorney Mitch Morrissey charged each of them with seven counts of jury tampering, a felony punishable by one to three years in prison. The seven counts were based on pamphlets received by seven jury pool members.

The statute cited by Morrissey makes it a crime to "communicate with a juror" outside of a judicial proceeding "with intent to influence (the) juror's vote, opinion, decision or other action in a case." But neither Iannicelli nor Brandt is accused of trying to affect the outcome of any particular case. They were merely distributing general information about jury rights.

Denver conceded such activity is constitutionally protected after David Lane, the attorney who represents Iannicelli and Brandt, filed a First Amendment lawsuit on behalf of two other activists and the Fully Informed Jury Association (FIJA). The city stipulated that "plaintiffs who wish to engage in peacefully passing out jury nullification literature to passersby on the (courthouse) plaza are entitled to do so."

Does that mean Morrissey plans to drop the jury tampering charges against Iannicelli and Brandt? Not according to Lynn Kimbrough, Morrissey's public information officer. "Their charges still stand," she says. "They weren't arrested for passing out literature. They certainly have a free speech right to do that."

Rather, says Kimbrough, they were arrested on suspicion of jury tampering. When I ask her to explain the difference between what Denver deems a crime and what it recognizes as constitutionally protected activity, she says she can't comment on the details of a pending criminal case. It seems activists who don't want to get arrested will just have to guess where the line is.

The speech-chilling uncertainty was compounded by an incident that happened last week, the day after U.S. District Judge William J. Martinez issued an injunction protecting FIJA pamphleteers. Police descended upon Eric Verlo and Janet Matzen, the two activists who had sought the injunction, as they and several associates were passing out FIJA literature at the courthouse.

According to a motion filed by Lane, who asked Martinez to hold Denver Police Chief Robert C. White in contempt of court, the cops seized "all literature regarding jury nullification including about 1,000 pamphlets, a small shade shelter, a table, four chairs, buckets, a cooler, signs and other items." He adds that the officers even "attempted to take personal property such as purses, computers, backpacks and other items" from the activists, but "the pamphleteers resisted the attempts by the police to steal their personal property."

The city says the seized items constituted illegal "encumbrances of the right-of-way" under Denver's municipal code. Although the code does not define that term, a photo Lane submitted along with his motion shows Verlo et al. were not obstructing traffic into or out of the courthouse.

"The only plausible explanation for this is that the police were acting in retaliation for the exercise of the free speech rights of the pamphleteers," Lane writes. It seems Denver is willing to tolerate jury nullification activists in theory but not in practice.