Speech Crimes in Wisconsin: How a Campaign Finance Investigation Became a War on Conservative Activists 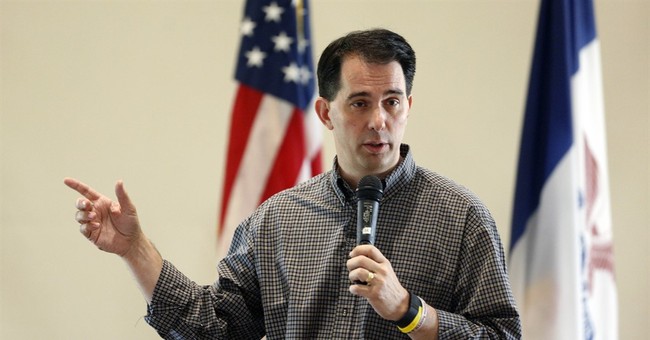 Trending
Last week, the Wisconsin Supreme Court shut down a secret criminal investigation that featured early-morning raids on the homes of innocent people and indiscriminate seizures of email, documents and personal property. You may be surprised to hear that the Brennan Center for Justice, which usually defends Fourth Amendment rights, denounced the court's decision.

Because this unconstitutional inquisition was prompted by the targets' exercise of their First Amendment rights, the Brennan Center's position is especially puzzling. It shows how the attempt to control corruption by controlling speech has corrupted the principles of civil libertarians.

The Wisconsin investigation, which was initiated by Milwaukee District Attorney John Chisholm in 2010, eventually encompassed "all or nearly all right-of-center groups and individuals in Wisconsin who engaged in issue advocacy from 2010 to the present," as U.S. District Judge Rudolph Randa explained in a 2014 ruling. The targets, which included about 30 conservative organizations, were suspected of coordinating their activities with Gov. Scott Walker, who at the time was engaged in a bitter struggle with Democrats over public employees' bargaining rights that culminated in an unsuccessful recall campaign against him.

There was little evidence of such coordination, which in any event was not a crime. That's right: As Randa concluded in response to a lawsuit brought by conservative activist Eric O'Keefe and the Wisconsin Club for Growth, the entire investigation was based on an offense that does not exist.

"The defendants are pursuing criminal charges through a secret John Doe investigation against the plaintiffs for exercising issue advocacy speech rights that on their face are not subject to the regulations or statutes the defendants seek to enforce," Randa said, calling the prosecutors' interpretation of campaign finance law "simply wrong." Finding that "the plaintiffs are likely to succeed on their claim that the defendants' investigation violates their rights under the First Amendment," he issued a preliminary injunction.

Randa's injunction was overturned by an appeals court based on a law that limits federal judges' authority to intervene in state proceedings. But a state judge who took over supervision of the investigation after the original judge recused herself already had reached the same conclusion, and last week the Wisconsin Supreme Court agreed: In light of the relevant First Amendment decisions by the U.S. Supreme Court, Wisconsin's rule against coordination must be read as applying only to "express advocacy" -- i.e., speech explicitly calling for a candidate's election or defeat.

Because prosecutors never even alleged that the Club for Growth or any of the other groups had engaged in express advocacy, there was no crime to be investigated. The targets were nevertheless treated like criminals.

"The search warrants were executed at approximately 6 a.m. on October 3, 2013, in pre-dawn, armed, paramilitary-style raids in which bright floodlights were used to illuminate the targets' homes," the Wisconsin Supreme Court noted. It added that "the breadth of the documents gathered pursuant to subpoenas and seized pursuant to search warrants is amazing." They included "wholly irrelevant information, such as retirement income statements, personal financial account information, personal letters and family photos."

In an eye-opening National Review report last April, David French described the lasting psychological impact of this heavy-handed scrutiny. One woman, awakened by armed men demanding entry, rushed to the door half-naked and had no time to put her dogs out. She was terrified, with good reason, that the cops would shoot them. "I no longer feel safe," she told French, "and I don't think I ever will."

Afterward, although the investigation was hardly a secret anymore, the targets were legally forbidden to discuss it or defend themselves. The cloud of suspicion and the fear of criminal liability by association crippled their political activities and sent a chilling message to other supporters of Walker's policies.

These are the sort of abuses that the Brennan Center would condemn in the context of the War on Drugs or the War on Terror. Evidently the War on Conservative Activism requires sterner measures.