Catching Cops on Camera Can Be Crucial: Notwithstanding the Eric Garner Case, Video Evidence Is a Powerful Weapon Against Police Brutality 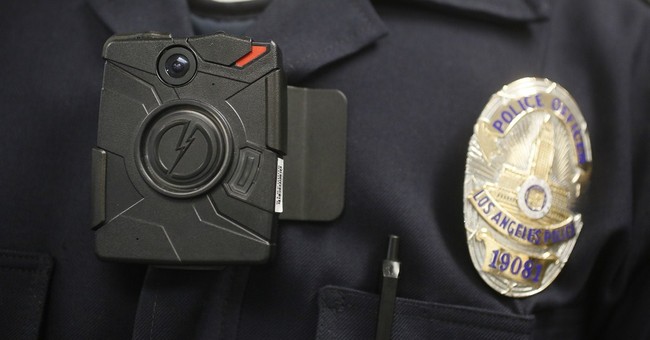 Last week, in response to the shooting of Michael Brown and other controversial uses of deadly force by police, President Obama proposed federal funding for body cameras to record interactions between cops and members of the public. Two days later, a Staten Island grand jury cast doubt on the usefulness of such recordings by declining to indict Officer Daniel Pantaleo despite bystander videos that show him using a prohibited chokehold on Eric Garner, who died after he was tackled by cops arresting him for selling loose cigarettes.

The Garner case shows that video evidence, which may be subject to interpretation, is not necessarily decisive in determining whether a police officer's use of force was legal. But it can make a crucial difference, as illustrated by several other cases.

Video of Officer Darren Wilson's deadly August 9 encounter with Brown in Ferguson, Mo., could have resolved several important questions on which eyewitnesses disagree, including who started the initial fight, whether Wilson fired on Brown as he was running away, whether Brown charged Wilson, and whether Brown was trying to surrender when Wilson fired the final, fatal shot. Such a recording, if it supported Wilson's account, also might have prevented the unrest that followed the shooting.

Two days before a St. Louis County grand jury declined to indict Wilson, a Cleveland police officer, Timothy Loehmann, shot and killed Tamir Rice, a 12-year-old boy who was playing with a pellet gun outside a recreation center. According to Loehmann, Tamir failed to follow three orders to show his hands. Yet security camera footage shows Loehmann shooting the boy within two seconds of pulling up, leaving little time for those purported commands to be issued, let alone understood.

It is not clear yet whether Loehmann, a rookie whose previous employer deemed him emotionally unfit to be a police officer, will be indicted, let alone convicted. But without that inconvenient video, we probably would not even be asking those questions.

Another striking example of the difference a video can make: On Sept. 14, 2013, Charlotte, N.C., police officer Randall Kerrick fatally shot Jonathan Ferrell, who was mistaken for a burglar when he sought help after an early-morning car crash. A 15-second dash-cam video of the shooting -- during which Kerrick fired 12 rounds, striking Ferrell 10 times -- convinced Police Chief Rodney Monroe to charge Kerrick with voluntary manslaughter later that same day.

Based on the video, Monroe determined that Kerrick "did not have a lawful right to discharge his weapon during this encounter." Last January, after watching the same video, a grand jury agreed that Kerrick should be charged with voluntary manslaughter.

Similarly, bystander videos made it clear that Oscar Grant did not pose any threat that justified the use of deadly force when he was shot and killed by transit cop Johannes Mehserle at an Oakland, Calif., train station in 2009. But the jurors who heard the case against Mehserle evidently found it plausible that the shooting was accidental, because they convicted him of involuntary manslaughter, for which he received a two-year sentence.

As that verdict illustrates, video evidence may leave unresolved crucial issues concerning intent. In the Garner case, Pantaleo reportedly told the grand jury he never meant to use potentially lethal force, describing what looked like a chokehold as a sloppily executed takedown maneuver.

The Los Angeles cops who beat Rodney King in 1992 and the Fullerton, Calif., cops who killed Kelly Thomas in 2011 likewise argued that seemingly damning videos, once broken down blow by blow, actually showed appropriate responses to resistance. In both cases, jurors found the explanations persuasive enough to acquit the officers (although two of the L.A. cops were later convicted in a federal trial).

Some of these decisions suggest that grand jurors and trial jurors are excessively inclined to trust the police. Video evidence cannot eliminate that bias, but may prevent jurors from acting on it.