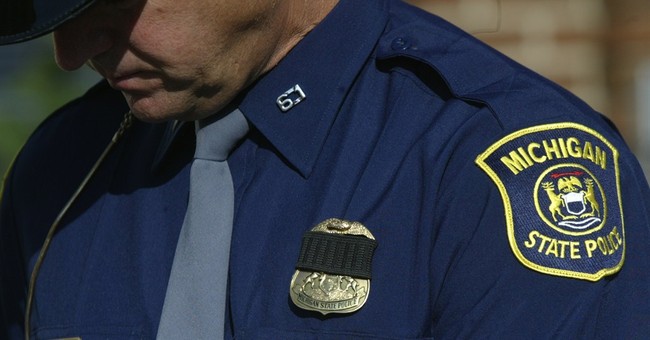 Trending
Running for the U.S. Senate in 2010, Rand Paul became known as that crazy right-winger who expressed reservations about the Civil Rights Act of 1964. But in the past two years, the Kentucky Republican has emerged as his party's most passionate voice on criminal justice reform, explicitly decrying the system's disproportionate impact on African Americans.

You might assume that Paul, widely seen as a contender for the 2016 Republican presidential nomination, is trying to redeem himself with black voters who were alienated by his criticism of the Civil Rights Act. Yet both positions spring from the same wariness of state power, as illustrated by the senator's recent comments on the over-the-top police response to the unrest that followed the fatal shooting of an unarmed black teenager in Ferguson, Mo.

Paul has always said he supports the provisions of the Civil Rights Act that apply to racial discrimination practiced or enforced by the government. But during his 2010 campaign he said he was not so keen on the parts of the law that ban discrimination by private businesses, likening such "abhorrent behavior" to the racist speech that we tolerate, even while condemning it, because of our commitment to individual freedom.

Not surprisingly, NAACP President Benjamin Jealous vigorously disagreed with Paul's views on the Civil Rights Act. But Jealous also said this: "I have got to hand it to Rand Paul. It takes some serious guts to publicly challenge such a cherished pillar of the modern American identity."

Paul's positions on criminal justice issues also take some serious guts. He is not just reaching out to a segment of the electorate that is overwhelmingly hostile to Republicans; he is challenging members of his own party to rethink their reflexive support of law enforcement and tough-on-crime policies.

"There is a legitimate role for the police to keep the peace, but there should be a difference between a police response and a military response," Paul wrote in Time last week. "There is a systemic problem with today's law enforcement," he added, and "big government has been at the heart of the problem," fostering the militarization of police equipment and tactics.

Paul went further, encouraging Republicans to consider what it feels like to be on the receiving end of excessive police force and excessive criminal punishment. "Given the racial disparities in our criminal justice system," he said, "it is impossible for African Americans not to feel like their government is particularly targeting them. This is part of the anguish we are seeing in the tragic events outside of St. Louis, Mo."

The point is not that Officer Darren Wilson committed a crime when he shot Michael Brown, a question that has yet to be resolved amid conflicting accounts of the incident. The point is that black residents of Ferguson had ample reason to suspect the shooting was not justified and to worry that the official investigation would be rigged in Wilson's favor.

"Anyone who thinks that race does not still, even if inadvertently, skew the application of criminal justice in this country is just not paying close enough attention," Paul wrote. "Our prisons are full of black and brown men and women who are serving inappropriately long and harsh sentences for nonviolent mistakes in their youth."

We are not used to hearing Republicans say that sort of thing. But it happens to be true, and Paul, who in March 2013 introduced a bill that would effectively abolish the federal government's mandatory minimum sentences, is trying to do something about it. He is also sponsoring legislation aimed at restoring the voting rights of nonviolent felons who have completed their sentences and mitigating the lasting impact that serving time has on people's employment prospects. "I believe in redemption and forgiveness," he explained in USA Today last month.

Paul is not asking conservatives to abandon their beliefs. He is asking them to extend their avowed skepticism of big government to the parts of that apparatus that lock people in cages and shoot them down in the street.