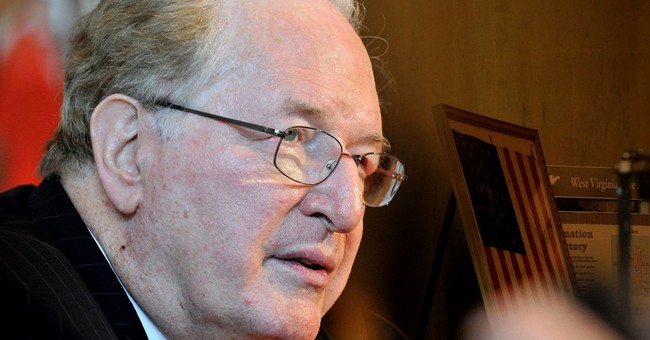 "I should warn you that emotionally I'm on edge," Jay Rockefeller announced as he convened a Senate hearing last week. He was not kidding.

"I'm ashamed of you," the West Virginia Democrat told Jason Healy and Craig Weiss, as if they were his deeply disappointing offspring. "I don't know how you go to sleep at night. ... You're what's wrong with this country."

What exactly had Healy and Weiss done to rouse Rockefeller's ire? As the presidents of two leading electronic cigarette companies, Blu eCigs and NJoy, they had promoted what Healy plausibly called "the most significant (tobacco) harm reduction product ever." Rockefeller's sanctimonious outburst illustrated the baffling hostility to that product among people who claim to care about smoking-related disease and death.

Rockefeller's hearing was ostensibly all about the children. "E-cigarette manufacturers are aggressively promoting their products using techniques and venues that appeal to youth," Rockefeller complained, while a pediatrician worried about "the aggressive marketing of electronic cigarettes and its impact on youth."

For those who view advertising and promotion as acts of aggression (rather than, say, speech protected by the First Amendment), the justification for banning them is obvious. But where is the evidence that Healy and Weiss, who insist their intended audience is adult smokers, are in fact targeting minors?

One witness, Matthew Myers, president of the Campaign for Tobacco-Free Kids, cited "scantily clad model(s)" in e-cigarette ads. Every heterosexual man in America can testify that he immediately lost interest in that sort of thing when he turned 18.

Rockefeller explained that "little kids" are "looking for things, (and) they get to see a lot of it in the advertising." Such as? "One of the nice things is that you can sort of mimic the act of smoking," said the 77-year-old senator. "It's cool. Kids are cool."

So advertising that demonstrates vaping's superficial resemblance to smoking, which is the main selling point of e-cigarettes, is beyond the pale, and so is anything else that kids might consider cool. Rockefeller said e-cigarette companies also betray their interest in underage consumers by advertising on TV, "using celebrity spokespeople," sponsoring "youth-oriented sporting and cultural events," promoting their brands via social media, "handing out free product samples" (even with age verification) and offering e-cigarette fluid in a variety of flavors.

"I am an adult," Rockefeller said. "Would I be attracted to Cherry Crush, Chocolate Treat, Peachy Keen, Vanilla Dreams? No, I wouldn't."

Call it the Rockefeller Rule: If an e-cigarette flavor does not appeal to Jay Rockefeller, it could not possibly appeal to anyone older than 17. Yet Healy testified that survey data indicate that "the average age of a cherry smoker is in the high 40s."

According to a poll by CASAA, a consumer group, half of adult e-cigarette users prefer nontobacco flavors. Picking a variety that tastes quite different from conventional cigarettes is one strategy for avoiding a switch back to tobacco, which is less appealing after you get used to a fruity or candy-flavored nicotine fix.

Because the critics of "aggressive e-cigarette marketing" cannot support their charge that companies like Blu and NJoy must be targeting children, they fall back on the claim that intent does not matter. They say advertising and flavors that might appeal to minors simply cannot be tolerated, regardless of the intended audience.

The problem is that people will not make the potentially lifesaving switch from smoking to vaping -- a switch that the Food and Drug Administration, which is developing regulations for e-cigarettes, concedes "would be good for public health" -- if they do not know about these products. Restrictions imposed in the name of protecting children therefore could have deadly consequences for adults.

Rockefeller gave the game away early in the hearing, when he asked Healy and Weiss, "Why in heaven's name are you going ahead and marketing these things and selling these things?" According to Rockefeller, the only responsible thing for an e-cigarette company to do is go out of business.