Recovering from a Punitive Panic 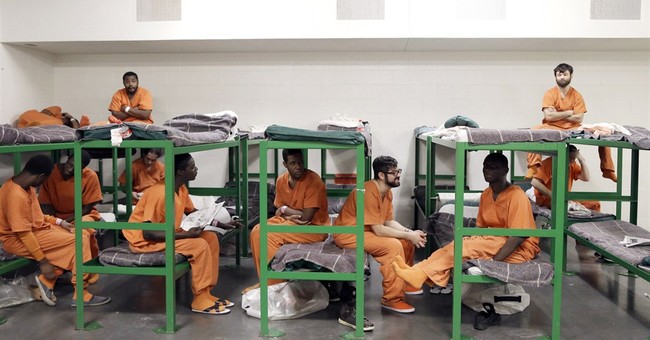 When he was 26, Douglas Ray Dunkins Jr. received a mandatory sentence of life without parole for participating in a Fort Worth, Texas, crack cocaine operation. If that business had involved cocaine powder, the mandatory minimum would have been 20 years, and Dunkins would be free by now. Instead, he is a middle-aged man condemned to die behind bars for an offense that violated no one's rights.

In 2010, Congress sought to ameliorate this sort of injustice by reducing the arbitrary sentencing disparity between the smoked and snorted forms of cocaine. But the Fair Sentencing Act, which passed almost unanimously, did not apply retroactively, and so thousands of nonviolent offenders like Dunkins continue to serve prison terms that nearly everyone now agrees are excessive.

Last Thursday, the Senate Judiciary Committee approved a bill that would allow prisoners like Dunkins to petition for resentencing under the new rules, and the Justice Department announced that President Obama, who so far has shortened the sentences of nine crack offenders, would like to issue more such commutations. These simultaneous moves by the legislative and executive branches suggest that, nearly three decades after Congress created draconian crack penalties, some of the lives wrecked by that punitive panic may yet be salvaged.

The Smarter Sentencing Act, introduced by Sens. Richard Durbin, D-Ill., and Mike Lee, R-Utah, last July, was approved by a vote of 13 to 5, with three Republicans -- Lee, Ted Cruz (Texas) and Jeff Flake (Ariz.) -- joining all 10 Democrats to advance the bill. In addition to making the 2010 sentencing changes retroactive, the bill would cut the mandatory minimums for certain drug offenses in half and loosen the criteria for the "safety valve" that allows some defendants to escape mandatory minimums.

The Durbin-Lee bill does not go as far as the Justice Safety Valve Act, introduced last March by Sens. Rand Paul, R-Ky., and Pat Leahy, D-Vt. That bill would make mandatory minimums effectively optional by allowing judges to depart from them in the interest of justice.

The Smarter Sentencing Act is nevertheless a substantial improvement. The Drug Policy Alliance calls it "the biggest overhaul in federal drug sentencing in decades," while the American Civil Liberties Union describes it as "the most significant piece of criminal justice reform to make it to the Senate floor in several years."

On the same day that the Senate Judiciary Committee approved this sentencing reform bill, Deputy Attorney General James Cole, in a speech to the New York State Bar Association, said Obama, who has barely used his clemency powers so far, would like to issue more commutations. Cole said the president is especially interested in "low-level, nonviolent drug offenders" who "would likely have received a substantially lower sentence if convicted of precisely the same offenses today."

There is no shortage of such prisoners. Families Against Mandatory Minimums estimates that 8,800 crack offenders in federal prison could qualify for shorter sentences under the revised rules. So far, Obama has used his clemency power to help 0.1 percent of them.

Cole asked the lawyers in his audience to help find commutation candidates and prepare their petitions. The ideal candidate, he said, is "one who has a clean record in prison, does not present a threat to public safety, and who is facing a life or near-life sentence that is excessive under current law." The president also is interested in "petitions from first-time offenders or offenders without an extensive criminal history."

Cole's talk of more commutations is welcome but puzzling. Obama has received nearly 9,000 commutation petitions since taking office. Are we to believe that so far just nine of them have proved to have merit? Why is Cole scrounging around for applicants instead of digging into the enormous pile of existing petitions?

Obama's lackadaisical approach to commutations highlights the need for congressional action, which the administration (to its credit) supports. Such legislation has the potential to free a lot more people who do not belong in prison.