Loco Over Four Loko: The Moral Panic Behind the Ban 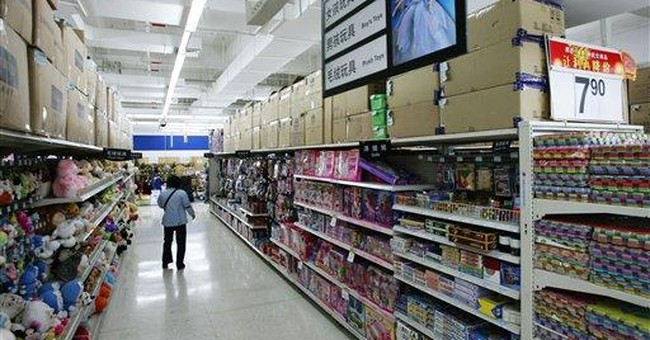 Timothy Leary noted that "psychedelic drugs cause panic and temporary insanity" in people who have never tried them. The same can be said of Four Loko, the drink that federal regulators banned last week amid a nationwide fit of hysteria about "a toxic, dangerous mix of caffeine and alcohol" that Sen. Charles Schumer, D-N.Y., warned was "spreading like a plague across the country." A fruity, bubbly, neon-colored plague.

The main knock against Four Loko, which is less potent than Chardonnay, is that the caffeine masks the alcohol's effects, leading people to underestimate their impairment and drink more than they otherwise would. Two studies have found that college students who drink alcohol combined with caffeine tend to consume more and take more risks than college students who drink alcohol by itself.

Neither study clarified whether the difference was due to the caffeine or to the pre-existing tendencies of hard partiers who are attracted to drinks they believe will help keep them going all night long. But that distinction did not matter to panic-promoting politicians and their publicists in the press, who breathlessly advertised Four Loko while marveling at its rising popularity. Like other officially condemned intoxicants, Four Loko was linked to a disfavored group -- reckless, hedonistic "young people" -- and everything about it was viewed in that light.

Over and over again, fear-mongering officials and hyperbolic reporters cited two incidents -- one at Ramapo College in New Jersey, the other at Central Washington University -- in which students who drank Four Loko were taken to the hospital. These 15 students, most of whom seem to have been drinking other alcoholic beverages in addition to Four Loko, represent something like 0.015 percent of the 100,000 or so 18- to 20-year-olds who make alcohol-related visits to American emergency rooms each year. Yet their drunken stupidity was repeatedly presented as evidence of Four Loko's unique dangers.

Likewise, the National Highway Traffic Safety Administration counted 13,800 alcohol-related fatalities in 2008. It did not put crashes involving Four Loko drinkers in a special category. But news organizations around the country, primed to perceive the drink as unusually hazardous, routinely do. Three days before the Food and Drug Administration declared Four Loko illegal, a 14-year-old stole his parents' SUV and crashed it into a guard rail in Denton, Texas, killing his girlfriend. Here is how the local Fox station headlined its story: "'Four Loko' Found in Deadly Teen Crash."

Connecticut Attorney General Richard Blumenthal (who will soon join Schumer in the Senate) calls Four Loko a "witch's brew," and apparently it really does have magical powers. Although one 23.5-ounce container has less alcohol than a bottle of wine, news reports call it "blackout in a can." ABC News implies that a single can, containing as much caffeine as a cup of coffee, can trigger a fatal heart attack in a perfectly healthy person.

The New York Times reports that Four Loko, which features a drug combination familiar to fans of Irish coffee or rum and cola, "has been blamed" for causing a 20-year-old Floridian to shoot himself in the head. A CBS station in Philadelphia said a middle-aged suburban dad suffered "a hallucinogenic frenzy" featuring "nightmarish delusions" after a can and a half, while another CBS affiliate in Baltimore said two cans made a 20-year-old "lose her mind," steal a friend's pickup truck and crash it into a telephone poll. Under the evil influence of this demonic drink, the St. Petersburg Times reports, a 21-year-old in New Port Richey, Fla., broke into an old woman's house, trashed the place, stripped naked and took a dump on the floor.

Despite such alarming reports, the FDA did not conclude that alcoholic beverages containing caffeine, which are made by dozens of companies, are inherently unsafe. Instead, it focused on Four Loko's manufacturer and three other companies that "seemingly target the young adult user," who is "especially vulnerable" to "combined ingestion of caffeine and alcohol" -- and too dumb, apparently, to mix vodka with Red Bull.