The Meaning of "Ists" 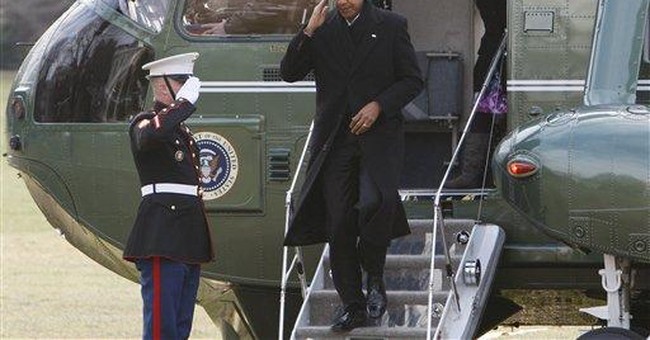 One of the Bush administration's most pernicious legacies is the never-ending War on Terrorism, a perpetual state of emergency that supposedly authorizes the president to break the law, abridge civil liberties and ignore due process, all under a cloak of secrecy. Last week, former Vice President Dick Cheney accused the Obama administration of forsaking Bush's War on Terrorism. If only it were true.

After watching the official reaction to the failed Christmas Day bombing of Northwest Flight 253 from Amsterdam to Detroit, Cheney complained that "President Obama is trying to pretend we are not at war." In addition to Obama's "low-key response" to Umar Farouk Abdulmutallab's fizzled underwear bomb, Cheney cited the administration's plans to close the military prison at Guantanamo Bay, release some detainees held there and try suspected terrorists in federal court.

"We are at war," Cheney insisted, "and when President Obama pretends we aren't, it makes us less safe."

If Obama is pretending we are not at war, he is not doing a very good job of it. "Our nation is at war against a far-reaching network of violence and hatred," he declared in his inaugural address. "I don't think there's any question but that we are at war" with terrorists, his attorney general, Eric Holder, said at his confirmation hearing that same month. "We are indeed at war with al-Qaida and its affiliates," Obama said in May. "As the president has made clear," his chief counterterrorism adviser, John Brennan, said in August, "we are at war with al-Qaida."

It's true that Obama prefers to say we are at war with terror ists rather than terror ism, because, as Brennan put it, "you can never fully defeat a tactic like terrorism any more than you can defeat the tactic of war itself." But since al-Qaida and its allies won't be signing an instrument of surrender anytime in the foreseeable future, the implications are similar.

Nor does there seem to be much difference between Bush and Obama in terms of the policies said to be justified by this permanent war. The closing of Guantanamo, which was supposed to happen this month but has been delayed until next year at the earliest, is by the Obama administration's own account a symbolic move, aimed at removing a conspicuous "recruiting tool" for al-Qaida. But the policy that Guantanamo represents will continue.

Obama and Bush are also of one mind when it comes to the necessity and propriety of shipping detainees off to cooperating countries that may have fewer compunctions about torture and of listening to Americans' phone calls and reading their email without a warrant. They likewise agree that national security requires the suppression of lawsuits aimed at holding the government accountable for violating people's rights in the name of the War on Terrorism -- excuse me, the War on Terror ists.

Cheney not only exaggerates the differences between his former boss's anti-terrorism policies and Obama's, he puts way too much faith in the power of martial rhetoric to stop bombs from going off. In the case that provoked his tirade, as with the Sept. 11 attacks, it was the government's failure to connect crucial pieces of information that prevented the attacker from receiving the scrutiny he should have.

"We need to ... make sure we can put those pieces together," Brennan said on Sunday, "so that we take every step possible to prevent these individuals from getting on planes." Does such competence require a declaration of war?