Lawyers Who Can Say No 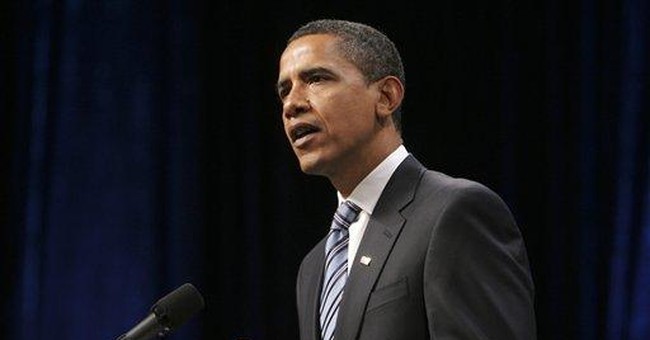 When Barack Obama takes office on Tuesday, he will promise to "preserve, protect and defend the Constitution of the United States." His predecessor took that oath twice. But judging from his behavior during the last eight years, President Bush mentally appended the phrase "when it's convenient."

We cannot know what unspoken swearing statements will flash through Obama's mind at his inauguration, but there is reason to hope, despite his support for Bush's illegal loans to automakers, that he will take a more modest view of executive power. Perhaps the most encouraging sign so far is Obama's recently announced choice to run the Justice Department's Office of Legal Counsel (OLC), which advises the president and other executive branch officials.

During the Bush administration, the OLC's main function seems to have been rationalizing the president's power grabs. If he wanted to allow torture, warrantless surveillance of telephone calls, or unilateral, indefinite detention of suspected terrorists, the OLC was there to assure him that it was well within his constitutional authority as commander in chief of the armed forces.

The administration's legal positions portrayed a country perpetually at war with a shadowy enemy, a struggle in which the whole world was the battlefield, anyone could be a combatant, and illegal measures were not only permissible but mandatory. In light of this ongoing emergency, Bush's supporters implicitly argued, the checks and balances required by the Constitution were an unaffordable luxury.

Congress and the Supreme Court rejected key aspects of this perspective, but going forward much will depend on how Obama and his advisers understand the president's powers. As Indiana University law professor Dawn Johnsen notes in a 2007 UCLA Law Review article, interbranch rivalry must be supplemented by "internal legal constraints on executive power" because there are limits to the limits that judges and legislators can impose.

Now Johnsen, Obama's nominee to head the Office of Legal Counsel, will have a chance to implement her vision of an OLC that is "prepared to say no to the president." Johnsen, who served in the office for five years under President Clinton, including two years as its acting head, emphasizes that OLC attorneys should view themselves not as the president's advocates, twisting the law to fit his preferred policies, but as intellectually honest advisers, offering guidance based on their "best understanding of what the law requires."

Johnsen has not been shy about criticizing Bush. She has condemned his "extreme view of expansive presidential authority during times of war and national emergency," his promiscuous use of signing statements reserving the right to disregard the law, his "arrogant disrespect for legal constraints and for the coordinate branches' constitutional authorities," and his excessive secrecy, which makes it difficult to know when and why the president is breaking the law.

Johnsen's critique cannot plausibly be dismissed as partisan sniping. The Bush administration's abuses of executive power were flagrant enough to draw criticism not only from Democrats but also from many conservatives and libertarians who were inclined to favor Republicans or supported neither major party. Even within the Bush administration, Johnsen notes, dissidents such as former OLC chief Jack Goldsmith and former Deputy Attorney General James Comey drew the line at policies they believed were clearly illegal.

Such episodes suggest it is not completely foolhardy to hope that Democratic skepticism of executive power can survive a Democratic presidency. Last April, blogging for Slate, Johnsen reacted to the latest release of an OLC memo justifying lawbreaking in the name of national security:

"We must regain our ability to feel outrage whenever our government acts lawlessly and devises bogus constitutional arguments for outlandishly expansive presidential power. Otherwise, our own deep cynicism, about the possibility for a president and presidential lawyers to respect legal constraints, itself will threaten the rule of law -- and not just for the remaining nine months of this administration, but for years and administrations to come." Let's see how long Johnsen retains her capacity for outrage.