Jacob Sullum  |  Dec 31, 2008
The opinions expressed by columnists are their own and do not necessarily represent the views of Townhall.com.
Top Columns
Trending on Townhall Media 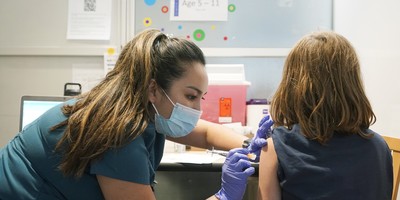 Ohio recently became the sixth state to ban Salvia divinorum , a psychedelic member of the mint family native to Mexico, where it has been used for centuries as an aid to healing and divination. The legislator who introduced the ban said he did so after hearing from constituents who blamed their 12-year-old son's death on the drug.

The boy waskilled by a friend who apparently had tried salvia, the Cleveland Plain Dealer reports, "although it isn't clear whether the friend was on the drug when he shot and killed the 12-year-old." The Columbus Dispatch notes, "there was no direct evidence ... that the shooting was drug-related."

Clearly there is something magical about salvia, since it can make questions about an adolescent killer's motives, state of mind and unsupervised access to a loaded gun disappear.

The wicked weed was one of the year's highlights in blame shifting. Here are a few more:

-- Stop Me Before I Borrow Again. Except in cases of fraud, people who took out risky mortgages and later had trouble making their payments should have known what they were getting into. Perhaps they were careless, or perhaps they miscalculated, assuming that home values would keep rising. In many cases they misrepresented their assets or income.

Yet when asked whether "greedy lenders" or "risky home buyers" were "at fault" in the "subprime lending meltdown," Republican vice-presidential candidate Sarah Palin replied, "Darn right it was the predator lenders, who tried to talk Americans into thinking that it was smart to buy a $300,000 house if we could only afford a $100,000 house." She was notably easier on the reckless borrowers: "I think we need to band together and say never again. Never will we be exploited and taken advantage of again by those who are managing our money and loaning us these dollars."

-- The Litigatable Lightness of Cigarettes. -- The U.S. Supreme Court recently ruled that smokers in Maine can sue the major tobacco companies for misleadingly implying that "light" cigarettes are safer than regular cigarettes. The same charge figures prominently in a Justice Department lawsuit against the cigarette makers.

Yet if the tobacco companies have committed fraud by highlighting the tar and nicotine yields of their cigarettes, it's a fraud in which the federal government participated from the beginning. In 1966, the Federal Trade Commission approved the machine-based "FTC method" for measuring tar and nicotine.

The FTC conceded at the time that people do not smoke the way machines do, and research later confirmed that smokers tend to compensate for lower nicotine yields by taking more puffs, inhaling more deeply and holding the smoke longer. Yet the FTC waited 42 years, until last July, to propose withdrawing its blessing from the machine-generated numbers, saying they are not good indicators of what smokers absorb.

Even while implicitly admitting its error, the commission disclaimed responsibility for it, saying its endorsement of the FTC method "does not require companies to state the tar and nicotine yields of their cigarettes in their advertisements or on product labels." It neglected to mention that in 1971, it threatened to require the tobacco companies to advertise the yields unless they did so "voluntarily."

-- San Andreas Fault. Take-Two Interactive tentatively settled a class action lawsuit over Grand Theft Auto: San Andreas, agreeing to pay customers offended by hidden sex scenes in the video game up to $35 each. Under the deal, which a federal judge rejected in July, the lawyers would have received $1.3 million, while payments to the plaintiffs would have totaled less than $30,000, since only 2,676 had filed claims.

It's impressive that even that many people signed up, since only players who deliberately used third-party software to reveal the scenes were able to see them. Theoretically, parents who bought the M-rated game (aimed at players 17 and older) for their children might have objected, assuming they think it's OK to murder fictional prostitutes as long as you don't have sex with them.