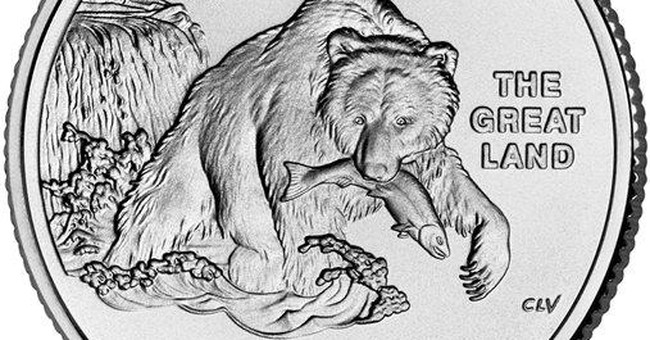 A few years ago, in the wake of Hurricane Katrina, Sen. Tom Coburn of Oklahoma suggested taking money earmarked for a notoriously extravagant "bridge to nowhere" in Alaska and using it for reconstruction work in Louisiana. Sen. Ted Stevens of Alaska, a fellow Republican, angrily declared, "This is the first time I have seen any attempt by any senator to treat my state differently from any other state."

In a tirade that included threats to behave like "a wounded bull on the floor of the Senate," to "be taken out of here on a stretcher" and to "resign from this body," Stevens' insistence that all he wanted was equal treatment for Alaska may have been the least believable thing he said. During the last four decades no one has done more than Stevens to insure that Alaska is treated un equally, receiving far more in federal spending than it pays in taxes.

The octogenarian senator's gift for grabbing dollars in the zero-sum game of congressional appropriations helps explain his easy victory in last week's Republican primary, despite his recent indictment on federal charges of hiding corporate gifts. Yet the "track record of delivering results for Alaskans" he brags about is more scandalous than the crimes he denies, exemplifying a pervasive, poisonous parochialism that flouts the Constitution and drains the Treasury.

Federal prosecutors accuse Stevens of violating the Ethics in Government Act by failing to report more than $250,000 in gifts (consisting mostly of renovations to his "chalet" in Girdwood, Alaska) from VECO Corp., a now-defunct oil services and construction company whose CEO has admitted bribing state officials. Stevens' trial is scheduled to begin on Sept. 22 and conclude shortly before the Nov. 4 general election, so Republicans could be stuck with a convicted felon on the ballot.

Although the government says Stevens "could and did use his official position and his office on behalf of VECO," it is not charging him with accepting bribes, apparently because it does not have enough evidence of a quid pro quo. But if Stevens did help VECO with grants or contracts, it was of a piece with the "results" he has delivered for his constituents since he joined the Senate in 1968, and the amount of taxpayer money involved was a drop in the ocean compared to the billions of dollars he has directed Alaska's way.

From 2004 to 2008, Taxpayers for Common Sense reports, Stevens had a hand in 891 Alaska-oriented earmarks worth $3.2 billion. That works out to about $4,800 per Alaskan, 18 times the national average. And earmarks represent just a fraction of federal spending in Alaska, which totaled $9 billion in 2006 alone.

According to the Tax Foundation, Alaska ranked first in federal spending per capita in 18 of the 25 years from 1981 through 2005. In 2005, Alaskans received $1.84 for every dollar they sent to Washington in taxes. Stevens, who was chairman of the Senate Appropriations Committee for a dozen years and until his indictment was the senior Republican on the defense appropriations subcommittee, has played such an important role in this northward redistribution of income that federal spending in Alaska is known as "Stevens money."

Alaska continues to receive these subsidies from the rest of us even though its government, which collects neither sales nor income tax from state residents, is flush with oil revenue and running budget surpluses. Yet Stevens, who lobbied for statehood in the 1950s, still sees Alaskans, the biggest beneficiaries of congressional largess, as victims of a high-handed federal government.

During his 2005 tantrum over Tom Coburn's proposal to move transportation money from Alaska to hurricane-stricken Louisiana (a proposal the Senate overwhelmingly rejected), Stevens repeatedly invoked his state's "sovereign" and "equal" status, seemingly worried that his colleagues were disrespecting Alaska behind his back. His attitude was reminiscent of a beggar who not only demands a handout but also insists that everyone pretend the money was his all along.