An Open Letter to President-Elect Trump

Jack Kerwick
|
Posted: Nov 21, 2016 12:01 AM
Share   Tweet
The opinions expressed by columnists are their own and do not necessarily represent the views of Townhall.com. 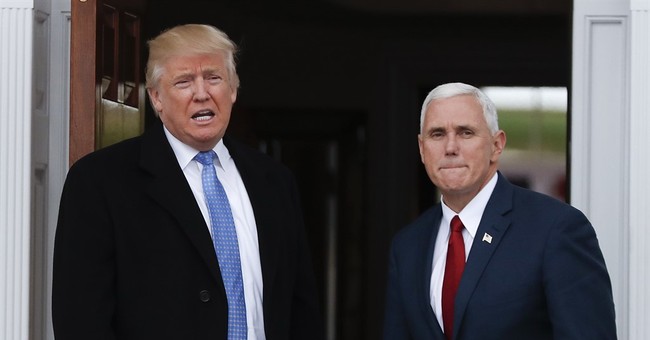 Congratulations, sir. You have achieved what could very well amount to one of the greatest political victories in the history of the human race. Excepting your family, some close advisers, a relatively few sympathetic commentators, and your army of Deplorables, the rest of the world attacked you with a zealotry the likes of which no one alive today can recollect ever having witnessed.

The Government-Media-Academic-Hollywood Complex pulled out all of the stops, lying and slandering you at every turn. The villainous George Soros, with his paid Stormtroopers who he dispatched to disrupt your mega-rallies, failed. Pope Francis, who has sat smiley-faced for photo-ops with Barack Obama—the first president in the United States to coerce Catholic employers to subsidize contraceptives and abortion services—couldn’t resist inserting himself into an American presidential election by challenging your claim to be a Christian. Happily, he too is now among this year’s Biggest Losers.

In a little more than one year, you, Mr. Trump, retired the Clinton and Bush families while defeating as well the Obamas, for make no mistakes about it, your victory signaled a resounding repudiation of Barack Hussein Obama’s presidency and legacy.

You defied all of the attempts of pollsters to manipulate the electorate by inflating their numbers for Hillary Clinton. That’s right: You proved the pollsters wrong, yes, but, more importantly, you drew back the curtain to reveal their dishonesty. You showed that they weren’t merely incorrect; the pollsters were deceptive.

Your resilience, President-Elect Trump, undermined as well whatever little credibility the corporate media world had left. Publications of long-standing repute, like the New York Times and Washington Post, are now exposed as being nothing more or less than propagandist outlets for the Democratic Party. They once contained articles in which you were described as “buffoonish.” Now, the shoe is clearly on the other foot. It is they who can no longer be taken seriously.

But it isn’t just the so-called “liberal” media that you have unveiled for what it truly is. By its coverage of your campaign, “conservative” media too is unmasked as being but another arm of the very Establishment that its personalities pretended to oppose. The folks at National Review, The Weekly Standard, and The Blaze, as well assome radio hosts from Salem Broadcasting and elsewhere, to say nothing of some of Fox News’ stars, have been made to eat crow. They are as guilty of misleading and manipulating their audiences as are their more left-leaning counterparts.

Figuratively speaking, they have all been “fired” by your success, relegated to the ranks of the has-beens. They have been fired on the grounds of their dishonesty, lack of originality, cowardice—in short, their willingness to be overcome by the groupthink of their peers.

Mr. Trump, you had to go to war with your own party, for they declared war on you. Your enemies in the press and the rest of the Democrat wing of the Regime relentlessly besieged you with charges of every “ism” and “phobia,” charges that, until now, had reduced lesser types to ruins.

You never wavered. You never pandered.

It was said that you wanted to have sex with your daughter, that you mocked the disabled, that you threw a baby out of one of your rallies, and that you raped a 13 year-old child. It was said—it continues being said—that you are a “racist” who said of all Mexicans that they are rapists and criminals and of all Muslims that they needed to be permanently banned from the United States.

These were lies, vicious, nasty lies. You persisted.

The dozens of millions of Americans who backed you felt the sting of these baseless allegations personally. They knew that the very same suspects who slandered you in this way wouldn’t have hesitated to do the same to them. Hell, your enemies have been doing to this to themfor decades. The tireless cries of “white racism,” “institutional racism,” and “white privilege;” “sexism;” “homophobia;” “transphobia;” “Islamophobia;” and “xenophobia”—summed up most recently in Hillary Clinton’s characterization of “half” of your supporters as “irredeemable” and “deplorable”—is what undoubtedly rallied the troops behind you.

Blacks and Hispanics who supported you also know a thing or two about being demonized. They knew this long before you came along when they dared to break with the racial mental conformity into which their co-ethnics and their white liberal apologists tried to force them.

Now, though, people affiliated with the Republican Party who had gratuitously attacked you, people like Mitt Romney, say, are knocking on your door. Reportedly, Mr. Trump, they are being considered for positions in your cabinet. I beg of you, sir, please do not reward them.

Romney was especially vicious. He wasn’t a former rival of yours. Quite the contrary: Romney was a presidential candidate four years ago who came to you for financial backing, backing that you graciously provided. Then, upon losing, he all but vanished from public life for nearly four years. When he did decide to reemerge, it wasn’t for the sake of blasting President Obama, but for the sake of eviscerating you, Mr. Trump. And did he treat you mercilessly!

President-Elect Trump, far from losing in a landslide while bringing the rest of the Republican Party down with you, as many Republicans and “conservatives” insisted, you actually won your race and helped the Republicans to acquire more power in the government than any that they had since 1928. As recently as November 7, both the Democrats and too many GOPers were absolutely certain that Hillary Clinton would be the next president and the Democrats would be setting the structure and agenda of the Supreme Court, and the nation, for the next generation.

Within one 24 hour period, thanks to you and your army of Deplorables, the world was inverted.

Your presidency can be a successful one, President-Elect Trump, as long as you deliver on your promises to the legions of Americans who voted for you. One of those promises was to “drain the swamp” that is Washington D.C.

However, you cannot drain a swamp while inviting swamp creatures to bury in more deeply.

Be mindful of your friends and your enemies, Mr. Trump. Be mindful that your supporters rallied around you because of the enemies that you made within the Regime. Wreck the Regime, or at least dramatically reconfigure it. Please, do not give it a new lease on life.

Whitmer Faces Backlash After Husband Reportedly Asked For Special Treatment in Boating Request Despite Her Travel Warning
Leah Barkoukis
Here's What Happens When Someone Goes Shopping Without a Mask In a Coronavirus Hot Spot
Beth Baumann
West Speaks Out After Motorcycle Accident: 'I Just Thank God I Was Able to Make it Through'
Leah Barkoukis
Does This CDC Study Deliver the Knockout Blow in the COVID Lockdown Debate?
Matt Vespa
WHO Puts a Halt to Clinical Trials of Drugs Used to Treat the Coronavirus
Beth Baumann
Do We Even Need a Shot Now? COVID Is Vanishing So Quickly in the UK that Their Vaccine Test Might Be Useless
Matt Vespa