“The Trump Revolution: The Donald’s Creative Destruction Deconstructed”: A Review of the First Libertarian Case for the Trump Process

Jack Kerwick
|
Posted: Jul 20, 2016 11:29 AM
Share   Tweet
The opinions expressed by columnists are their own and do not necessarily represent the views of Townhall.com. 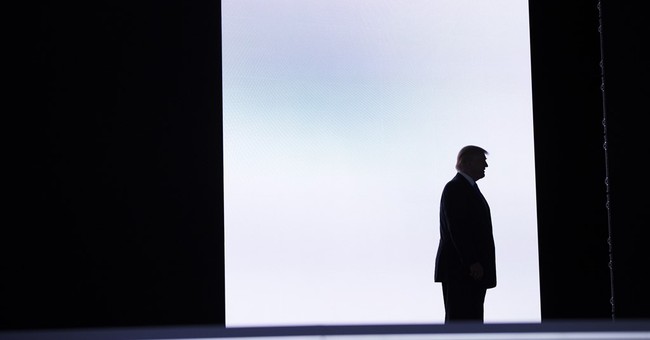 Ann Coulter just released her book on Donald Trump. I haven’t yet read it, and though Coulter has been outstanding in what she’s been saying for the last year or so on such issues as immigration, Trump, and the treacherousness of the GOP, the truth of the matter is that for decades, Coulter has been a GOP-booster.

Recall, it was during just the last presidential election cycle that Coulter not only supported, but enthusiastically supported, Mitt Romney: Coulter actually wrote an article in which she called for “three cheers for Romneycare!” Romney’s socialization of Massachusetts’ medical industry Coulter declared “a massive triumph for conservative free market principles.”

Coulter also described Romney as “our strongest candidate” in 2008. But in 2011, Ann was positively giddy over Chris Christie. In fact, one year before she resurrected her love affair with Mitt, Coulter implored Christie to save us from…Romney! Republicans “need” to run Christie or else Romney will be the candidate, she said, for “Republican primary voters…refuse to do any research before voting” and “vote for the name of anyone they’ve ever heard before.”

The point is this: Ann can be expected to defend the GOP presidential candidate—whoever that person is.

Yet there is another book on Trump that’s hot off the presses. Only this one is written by an author who has been a relentless critic of Republicans and Democrats alike.

One would search in vain through her voluminous archive of writings for so much as an iota of evidence suggesting that Mercer has ever been a Republican. Quite the contrary: she was among the earliest—and fiercest—opponents of the Iraq War, a position that cost her friends in higher places at a time long before the invasion of Iraq was seen for the epic disaster that it is. Nor has her nickname for George W. Bush—“Ghengis Bush”—endeared her to many Republicans.

Actually, it’s precisely because Mercer is no “Republican regimist” that she authored this book that’s the first of its kind, a libertarian defense of a presidential candidacy that itself is most definitely not libertarian.

In other words, unlike, say, Coulter’s book which, however good it may very well be, springs from the pen of a veteran “Republican regimist,” Mercer, being as much an enemy of “conservative” (neoconservative) Republicans as she is of leftist Democrats, treats audiences of all political persuasions to a work that is above suspicion.

Moreover, TTR is especially suited for libertarian and conservative-leaning Trump skeptics. Mercer, a paleo-libertarian—i.e. a libertarian who doesn’t live in a pseudo-Platonic dream world of abstractions—is as concrete as can be within her opening statement, appropriately subtitled: “Welcome to the Post-Constitutional Jungle.” She explains that her book is an “endorsement…not necessarily for the policies of Trump, but for The Process of Trump” (italics added).

Mercer spares not a syllable before she sets the stage for her support of the Trump “Process,” exactly one and the same framework of reality-anchored suppositions that’s informed this Jewish South African’s paleo-libertarian worldview for decades. Unlike libertarian abstractionists (who she not so affectionately describes as promoting “libertarianism-lite”), Mercer refuses to ground her perspective in, say, radically ahistorical idealizations of the Constitution (a federalist scheme of government that, as another recent and compelling read notes, began suffering abuse as early on as Washington’s second administration). It’s not that she doesn’t value such things. She most certainly does. But it’s because she holds the Constitution and its ordered liberty in such high esteem that she’s supporting the Trump Process.

However, it’s been quite some time since the Constitution has been anything much more than a “dead letter.” “The gist of it: Jeffersonian constitutional thought is no longer in the Constitution; it’s revival unlikely.” It’s been slayed by a host of de facto dictators from both national parties. And, as Mercer reminds us, in a post-Constitutional crisis, “a liberty-lover’s best hope is to see the legacy of the dictator who went before overturned for a period of time.”

This is the reality. Ours is an “age of unconstitutional government” that is the legacy of “Democratic and Republican” governance. Thus, “the best liberty lovers can look to is action and counteraction, force and counterforce in the service of liberty.”

Mercer adds: “And a force of nature Mr. Trump most certainly is.”

From the vantage point of traditional conservatives and libertarians who long for a restoration of constitutional liberty, Trump is certainly not the ideal candidate. But adults should know that the messiness of the here and now doesn’t just exist to temper our ideals; the latter derive their content and meaning from the former. While forever keeping our eyes on the prize, we must, as conservatives from Burke to Russell Kirk and libertarians like Hayek knew well, eschew the “metaphysics” of “political-theologians,” as Burke described the philosophes of the French Revolution.

Trump has shaken the whole “government-media complex” to its foundations. “You name it, Trump is tossing and goring it. The well-oiled elements that sustain and make the American political system cohere are suddenly…oscillating like never before.” Mercer likens Trump to “a political Samson that threatens to bring the den of iniquity crashing down on its patrons.”

The analogy is apt: Over the span of 252 pages, with an astuteness that escapes most contemporary popular writers whose partisanship binds them to stock phrases and crusty categories, Mercer reveals once more her originality as an analyst to “deconstruct” how Trump has waged a campaign against the sacred cows—immigration, a missionary, interventionist foreign policy, supranational “free trade” deals, comprehensively, the Zeitgeist of Political Correctness—cherished by “progressive” and “conservative” alike.

She also explains how and why he’s been winning—even as his enemies have pursued him with a zealotry that has no peer in the recent memory of American politics.

Trump indeed has proven to be a force of nature. Yet so too is Ilana Mercer.

And The Trump Revolution: The Donald’s Creative Destruction Deconstructed is mandatory reading for anyone who wants to understand the phenomenon—“the Process”—of Trump’s candidacy.