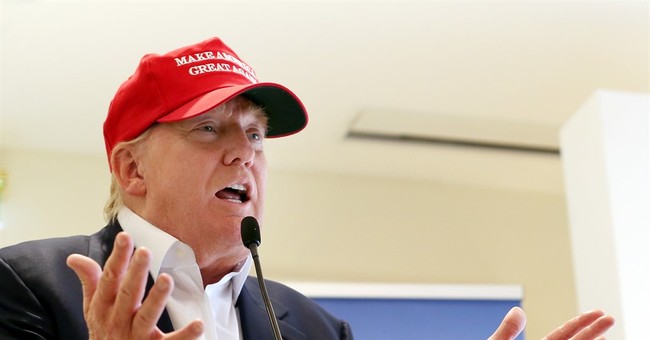 As much as GOP politicians and their apologists in the media despise it, Donald Trump is, deservedly, the GOP presidential frontrunner at the moment. To Trump’s eternal credit, he has made it acceptable (or at least somewhat less unacceptable) to openly discuss the scourge that is American immigration policy.

Still, intellectual honesty demands that we contend with Trump’s record, as opposed to his rhetoric.

If “Romneycare” divested Mitt Romney of the moral capital that a GOP presidential candidate needed in 2012 to defeat Barack Obama and Obamacare, then how much worse does Trump promise to fare if he has to go head-to-head with Hillary Clinton—who he’s supported over the years?

That’s right: Hillary Clinton is among the many Democratic politicians who Trump has supported over a period of decades.

However, as Jonathan S. Tobin notes in the July 24 issue of Commentary, Trump wasn’t just “a major donor to” Clinton’s “campaigns for the Senate.” He as well “gave $100,000 to the thinly-disguised political slush fund that is the Clinton Family Foundation [.]”

Peter Nicholas adds in The Wall Street Journal (7/30/15) that Trump also donated to Clinton’s 2008 presidential campaign and praised her for being “very talented” and “very smart.” Nicholas reminds readers that Clinton was far from the only Democrat to whose coffers Trump contributed: Harry Reid, Ted Kennedy, and John Kerry are among those who as well benefited from Trump’s donations.

In 1990, Trump told Playboy that if he ever ran for office, he “would do better as a Democrat than as a Republican.” Admittedly, Trump immediately qualified this judgment by stressing that he was a “conservative,” and that it was only because “the working guy would elect me” that he would be more successful running as a Democrat (NPR 7/28/2015).

But this idea—the idea that “the working guy” votes for Democrats—is itself a Democrat’s prejudice.

Years later, in 2004, he gave Wolf Blitzer a different reason for why he is more sympathetic toward Democrats: “In many cases, I probably identify more as a Democrat.” Trump explained: “It just seems that the economy does better under the Democrats than the Republicans” (CNN Politics 7/22/15).

Throughout the last 26 years, when we adjust for inflation, Trump has contributed $1.4 million to politicians. Overall, about one-third of this money has gone to Democrats. But it has only been within the last five years that the lion’s share of his donations has gone to Republicans (NPR 7/28/2015).

W. James Antle III, writing for The Daily Caller in February of 2014, reminds readers when Trump “left” the GOP back in 1999—right at the same time that Pat Buchanan did the same. Trump described Republicans as “too crazy right.” He charged Buchanan with representing the “really staunch right wacko vote.”

Trump is now claiming that his support of Democrats like Hillary Clinton was purely “transactional,” that as a “businessman,” he needed to have leverage when dealing with such big wig politicians. “As a businessman and a very substantial donor to very important people, when you give, they do whatever the hell you want them to do.” Trump says that he “need[s] that” (WSJ 7/30/2015).

This may very well be the only reason that Trump lent enormous sums of money to the task of insuring that the Clintons and Kennedys would maintain and increase their power. However, there are two reasons why this explanation fails to clear him.

In fact, the explanation for having contributed to Democrats and their causes reflects far worse on Trump than the fact that he made these contributions in the first place.

First, if Trump is telling the truth and he gave roughly $500,000 to Democrats over a span of decades, and until fairly recently, for the sole purpose of advancing his own material interests, then doesn’t he reveal himself to be a narcissist extraordinaire? Presumably, he recognized that the Democratic Party was destructive of the well-being of the country—this, after all, is why his relations with Democrats was purely “transactional.” Yet he put his own purposes above those of his compatriots who he supposedly knew were suffering under Democrat Party policies.

So, even if Trump persuades us that he is sincere in what he says on this score, he wins by losing, for few people (if they think about this) will want a person like this in the White House.

On the other hand, Trump may not be sincere at all. Why not think that he is just faking it now in order to get something else, like greater power, fame, etc. that he thinks will serve his own interests?

Either way, by his own words, he stands convicted.

The site, On the Issues, quotes Trump on an assault rifle ban from his, The America We Deserve. While he “generally” opposes gun control, Trump claimed that he does “support the ban on assault weapons” and “a slightly longer waiting period to purchase a gun.”

Salon (6/17/2015) asks readers if they recall when Trump “sounded like Bernie Sanders on healthcare.” The article quotes Trump from his The America We Deserve. Here, Trump advocates a “single-payer plan.” He concedes: “I’m a conservative on most issues but a liberal on this one.”

The National Journal (February 15, 2011) relays an exchange of Trump’s from an appearance he made on Meet the Press back in 1999. “I hate the concept of abortion,” Trump said, “but I’m strongly pro-choice.”

And perhaps most telling of all, given the popularity that he’s enjoyed as of late over his comments on immigration, Trump has very recently suggested that he favors essentially the same kind of “comprehensive immigration reform”—i.e. amnesty—favored by every other Republican and Democratic candidate.

Trump said that he supported an immigration system that would rid the country of the “bad” illegal immigrants while arranging for the “good” illegal immigrants to remain. While on Morning Joe recently, Trump said: “I believe in the merit system. If somebody’s been outstanding, we try and work something out” (The Blaze 7/27/2015).

Numbers USA now gives Trump an overall grade of “C” on immigration. For their “Amnesty Rating,” Trump receives a “Harmful.” As far as “Reducing Legal Immigration” is concerned, Trump received an “Unhelpful.”

It’s a blast watching Trump shake things up, for sure. And it’s far from obvious that he is any worse than any other Republican candidate (of whom more will be said at a later time).

But anyone who thinks that Trump is either a conservative or a libertarian is willfully blind to his record.

The record goes so far as to suggest that he isn’t even a GOP loyalist.

He is, rather, a crass political mercenary.