Spreading the Wealth Around: The Academic Roots of Redistributionism 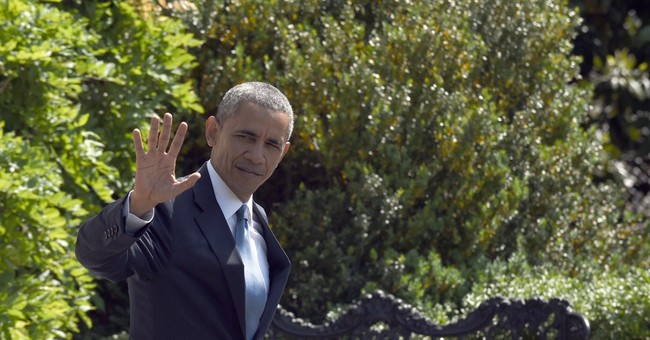 Barack Obama gave a commencement speech at Ohio State University recently. Unsurprisingly, the gist of the President’s speech is what we’ve come to expect from the Redistributionist-in-Chief:

The wealthy and the educated owe their success to, not any virtues on their part, but the “advantages” that they’ve been “lucky” enough to have enjoyed.

You didn’t build that.

The parents of the students that Obama addressed may be shocked to hear it, but the President was merely repeating what their children have had tirelessly drummed into their mushy skulls during the entire time that mom and dad were remortgaging their homes in order to pay the tuition.

This is orthodoxy throughout liberal arts and humanities departments around the country. It’s crucial for Americans to know that their politicians, particularly those of the party of the jack ass, advocate policies for which their academic counterparts have been furnishing the intellectual armory for years.

Though he garnered none of the pop-celebrity aura surrounding the likes of, say, Cornel West, Noam Chomsky, or Michel Foucauld, Rawls is widely celebrated as among the 20th century’s most important philosophers. Of course, whether this reputation is deserved, or whether it reflects the fact that Rawls was an apologist for the ideological prejudices of those doing the celebrating, is another question. But there is no question that anyone who is interested in contemporary political philosophy and ethics must reckon with the work of Rawls.

Rawls spent his career arguing for what he called, “justice as fairness.” Thankfully, readers needn’t be privy to the immensely dense mountain of philosophical minutiae in which Rawls casts his position in order to grasp its crux. It all boils down to this:

Over a span of decades and thousands of pages, Rawls sought, in effect, to justify the Welfare-State.

By way of some not-so-original philosophical devices, Rawls defends two “principles of justice.” These are the principles, he insists, that we would all agree upon if—get this—we were utterly oblivious to those details of our individual lives—like race, ethnicity, religion, class, gender, etc.—that make us the unique individuals that we are. Behind this “veil of ignorance,” we would each be indistinguishable from one another—just a bunch of equally free, rational beings who wouldn’t know much more other than that ours is a joint endeavor to arrive at principles of justice for a liberal, democratic order.

Since the rational contractors in this “original position” have no clue as to who they will be once the “veil of ignorance” is lifted and they assume their roles in society, all have an interest invested in selecting only those principles that stand to benefit “the least advantaged.” After all, any hypothetical bargainer could wind up being among the disadvantaged. So why chance it?

Here, we need to look only at the second dimension of Rawls’ second principle, his “difference principle.” He states: “Social and economic inequalities are…to be to the greatest benefit of the least-advantaged members of society [.]”

Implicit in this principle is the idea that, by virtue of the agreement of imaginary contractors who are free and equal, “the distribution of native endowments”—the differences between people—is to be treated as a “common asset.” Since no one did anything to “deserve” their natural talents and the opportunities they’ve had to cultivate those talents, “the better endowed” are “encouraged” (read: permitted) to develop their gifts only “on condition that they train their native endowments and use them in ways that contribute to the good of the less endowed (whose less fortunate place in the distribution they also do not morally deserve).”

It is luck—capricious, arbitrary, unfair luck—that accounts for the fortunes of “the advantaged” and the misfortunes of “the disadvantaged.” It is just as unfair, then,for the better off to horde the “benefits” to be had from the exercise of talents that they don’t deserve as it is unfair for the worse off to shoulder the lion’s share of “burdens” because of handicaps that they don’t deserve.

Thus, to rectify this inherent unfairness, justice demands that the only inequalities arising from differences between the better off and worse off that will be permitted are those that benefit the latter.

Justice, in other words, requires that the resources and fruits of the producers be perpetually redistributed to the takers.

Rawls may be among the most prominent of contemporary moral philosophers to exploit the role of luck in life to justify a robust agenda of redistribution, but his thought represents that of the vast majority of his peers in academia.

And it is as well representative of such politicians as Barack Obama.