Chris Kyle: Symbol For All Ideologues 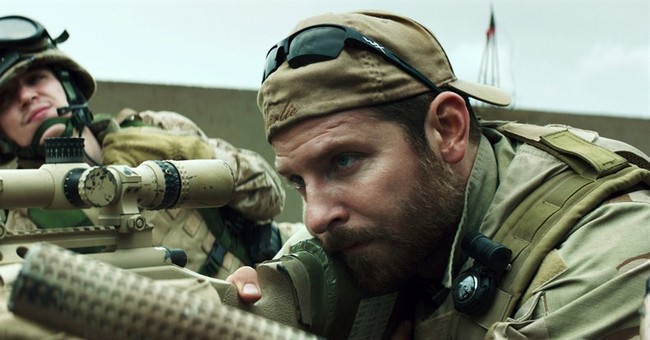 With all of the talk of Chris Kyle, the subject of Clint Eastwood’s latest blockbuster film, American Sniper, a politically naïve spectator could be forgiven for thinking that it really is Chris Kyle of whom people are talking.

But he would be mistaken all the same.

The person Chris Kyle is of little to no interest to media commentators. Rather, and as always, it is their own ideological fixations that preoccupy these partisans—and Kyle, courtesy of Eastwood’s efforts, has become a symbol, a prop, for their purposes.

The late Kyle was a Navy SEAL who served four tours of duty in Iraq as a sniper with more confirmed killings—160—than anyone on record. When he finally returned to the States, Harper Collins published his memoir: American Sniper: The Autobiography of the Most Lethal Sniper in American Military History.

Neoconservative Republicans—i.e. those who ardently supported, and who continue to support, the invasion of Iraq and the decade-long enterprise to democratize it—have fallen in love with this film. It is not hard to understand why they have every interest in canonizing Kyle.

The vast majority of Americans have long held that the war in Iraq was a mistake of epic proportions—a belief that they expressed in no uncertain terms in the elections of ’06 and ’08. Today, Iraq is substantially more of a mess than it was at the time of the invasion in ’03. For now, we needn’t debate why this is so; it is so, and everyone knows it.

But in promoting and convincing legions of enthusiastic movie goers that Kyle is this generation’s version of General Washington and Audie Murphy, that he is a war hero extraordinaire who risked his life in Iraq so that we can be free, the war’s supporters can hope to persuade Americans that Iraq wasn’t only a just cause; it was a necessary one: No Iraq War, no more American freedom.

American Sniper supplies the Iraq War’s supporters with one more opportunity to redeem themselves or, more exactly, the ideology that motivated and justified the project in Iraq.

This, in turn, also explains why neoconservative Republicans tolerate no criticism of Kyle—even when these criticisms are both sound and revealing of the man’s character flaws.

Yet it isn’t just the champions of the Iraq War for whom Kyle serves as an ideological symbol. He has just as much symbolic significance for the war’s critics.

Those “libertarians” who tirelessly decry America’s robust “interventionist” foreign policy generally and the wars that this often entails especially reserve nothing but the severest comments for Kyle. The latter they’ve characterized as a “psychopath,” a “sociopath,” a “liar,” and, of course, a “murderer.” And for good measure, upon quoting Kyle’s own derogatory remarks on Iraqis to the effect that they are “savages,” these “libertarians” insinuate that he is a “racist” or bigot, etc.

However, in blasting Kyle, it is crucial to grasp, it is ultimately the ideology and policy prescriptions of their political rivals who they attack.

Finally, for those on the recognizable left, Kyle has become the most potent of symbols, the single greatest threat to their agenda to “fundamentally transform” both America and the West.

It isn’t, of course, just that Kyle represents, or can be seen as representing, a vindication of the war that they (eventually) inveighed against. It is much more than this:

Chris Kyle was white. He was heterosexual—(with a wife and children to boot!). Kyle was a professing Christian. And—get ready for it—he was a Southerner!

But it gets even worse for the left.

Kyle wasn’t just from any old Southern state: He was a resident of Texas, quite possiblythe most conservative state in the Union.

So, at this moment, massive numbers of Americans, most of whom are white themselves, are heralding as a hero a white, heterosexual, Christian, Southern, married Texan man. And they are praising him as a hero even though his heroism was earned while shooting and killing Third World, non-white Muslims.

To add injury to injury, as American Sniper becomes all of the rage, on this 50th anniversary of Selma, the film of this same title fizzled before it even got started.

Indeed, the real Chris Kyle is gone in more ways than one. He is, for the moment, at any rate, a symbol for all ideologues.