“Islam-on-Christian Persecution Around the World” 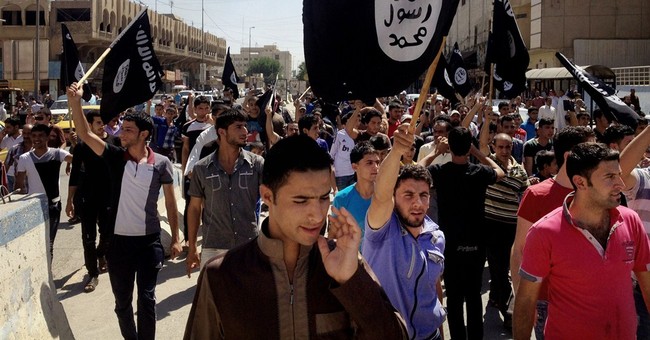 Since at least the time of the outset of the Iraq War—and quite possibly well before then—there has been much debate among those to the right over why Islamic militants have set their sights upon America and the West.

George W. Bush expressed the consensus among most Republican politicians and commentators when he remarked that they hate us because of our values.

Ron Paul, in contrast, represents most libertarians when he attributes to America’s enemies a hatred of, not American liberties, but American foreign policy.

Both groups are both right and wrong. For failing to see this, they argue past one another.

Paul, Pat Buchanan, and others are indeed correct when they note that jihadists in places like Iraq and other Middle Eastern lands despise America because of what has been called an “interventionist” foreign policy. Yet they are mistaken—sorely mistaken—insofar as they assume that if only America disappeared from the Islamic world, so too would our problems with Islamic violence disappear.

The latter certainly do hate our values. But that’s only because they are our values—and not theirs.

In short, they hate our values because they are not Islamic values.

And this gets to the heart of the matter: the “Bush” and “Paul” camps argue past one another because both fail to reckon with the role played by Islam—not “Islamism,” “Islamo-Fascism,” “Islamo-Nazism,” “radical Islam,” “Islamic extremism,” or some other politically acceptable fiction, but Islam—in these violent clashes with Muslims.

Muslims around the world routinely engage in unspeakable acts of cruelty toward their neighbors in contexts that obviously have nothing whatsoever to do with American values, American foreign policy, or, for that matter, America.

The fierce persecution of Christians courtesy of their Muslim neighbors is an epidemic—and yet it is among the least talked about forms of contemporary oppression. In Nigeria, for instance, the persecution is “extreme,” according to Open Doors, an organization dedicated to combating anti-Christian persecution. There are 183 million Nigerians, of which 89 million are Christian. Yet Boko Haram—an Islamic militant outfit—has rendered peaceful co-existence impossible. In northeastern Nigeria, Muslims have declared a caliphate. Hundreds of children, boys and girls, as well as women have been abducted, and thousands more have been rendered homeless upon the destruction of their homes. In the twelve northern Sharia states, Christians have been all but squeezed out.

Oliver Dashe Doeme of Maiduguri, a bishop and the head of a diocese in northeastern Nigeria, gave an interview with Catholic On-Line. He relays how over the last five years, Muslims have all but reduced his diocese to ashes. Over 50 churches and chapel have been ruined, and hundreds have been abandoned. Worse of all, more than 1,000 Catholics have been murdered.

The Bishop reports that Catholics are forced at gun-point or knife-point to convert to Islam. If they fail to do so, they are slaughtered.

For the sake of saving the lives of Christians, not just in Nigeria, but in the region, he pleads with “Western powers” to intervene. Only something of a military onslaught against Boko Haram can stop it, he believes.

But it isn’t just the Christians of Nigeria that agonize at the hands of Muslims. Nigerians have it bad: according to Open Doors, out of 50 countries worldwide, Nigeria is the tenth worse place for Christians. And it’s true that Muslims aren’t the only persecutors of Christians. But in 40 of the Earth’s 50 countries where Christians are made to suffer because of their faith, Muslims are the culprits.

In none of these instances of Islamic violence and oppression does “American values” or American foreign policy play a role.

Islam, however, most certainly does.