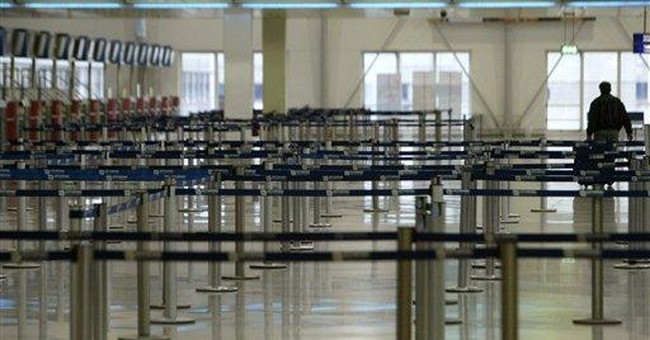 The future of Social Security presents not just a crisis for America, but an even bigger opportunity. For Social Security reform done right is a huge opportunity for a historic breakthrough in the personal prosperity of working people.

On July 30, Art Linkletter will be celebrating his 96th birthday at a Hollywood party at his home in Beverly Hills. But the famed TV personality and Middle America "icon" won't just be throwing a party, he is a man with a mission.

The evening will be devoted to a new book, "Stop the Raid," by Dennison Smith and Peter Ferrara. Linkletter contributed a foreword to the book, which explains how the federal government has raided the Social Security trust fund over the years, using the money for other government spending.

For example, in 2007, 88 percent of total Social Security tax income was spent immediately for current benefits and expenses, leaving a surplus at $80.3 billion. What happened to that surplus money? The federal government borrowed it and spent it on general budget expenditures. In return, Social Security got Federal IOUs, which promise to pay the money back, with interest. Over the next five years, from 2008 to 2012, the federal government will continue to raid (borrow) another $410 billion from the Social Security trust funds.

The problem is that the federal government has no assets or other cash to back these IOUs. When Social Security starts running deficits in 2017, the government will have to tax workers again to get the money to pay these IOUs back, so all Social Security benefits can continue to be paid. The book reports that from 2017 to 2041, when the trust funds are currently projected to run out, taxpayers will have to shell out an additional $6 trillion, besides the payroll tax, because of the raid on the Social Security money, to cover all the IOUs.

The issue is not that the government will default on the IOUs, but that paying them off will be an additional heavy burden on working people.

Linkletter writes in his foreword, "What was a much-needed means of social security in the 1930s has become an ATM machine for Congress rather than securing and guaranteeing a portion of our retirement."

The authors argue for prohibiting the feds from raiding the trust funds for non-Social Security expenditures. But what do we do with the surplus money if Congress doesn't take it and spend it?

The answer is to use it to fund personal accounts for Social Security. Allow workers the freedom to choose to use some of their tax money for savings and investment in the accounts, which would then take over responsibility for paying an equivalent portion of their future retirement benefits.

With personal accounts expanded to their full potential, average income families would reach retirement with roughly a million dollars or more. Two low-income spouses earning little more than the minimum wage over their entire careers would retire with close to half a million. Congress won't be able to raid these personal accounts.

Linkletter writes: "The original intent of Social Security ... was to secure the poorest, weakest and underserved of our society. Today, we have shut those 40 million families out of the American dream because FICA takes so much from American workers and returns so little, foreclosing better alternatives."

Workers would receive much higher benefits through these accounts than Social Security even promises, let alone what it can pay -- two to three times more. With the accounts paying so much of future promised benefits, long-term Social Security deficits would be permanently eliminated, as the chief actuary of Social Security has confirmed. There is no need to add "pain caucus" Social Security benefit cuts or tax increases to the reform, which just counterproductively short-circuits political success.

These accounts would be directly owned by each worker. Retirees can choose to leave some or all of the funds to their families and children. The authors also rightly recognize that the Social Security safety net can and should be maintained in full, with the government guaranteeing that workers with accounts would receive at least as much as promised by Social Security under current law. This is "win-win" for America's workers.

Smith and Ferrara are committed to sparking a national grassroots movement for personal retirement accounts through a new Social Security Foundation, and Linkletter has set a standard for the rest of us in joining to help a cause bigger than the status quo.