Jack Kemp is Founder and Chairman of Kemp Partners, a strategic consulting firm which seeks to provide clients with strategic counsel, relationship development, and marketing advice in helping them accomplish business and policy objectives.

Jack Kemp has also been honorary co-chairman of the Free Enterprise Fund since its inception in January 2005.

From January 1993 until July 2004 Jack Kemp was co-director of Empower America, a Washington, D.C.-based public policy and advocacy organization he co-founded with William Bennett and Ambassador Jeane Kirkpatrick.

In September 2001, Jack Kemp helped form a new non-partisan, non-profit think tank, the Foundation for the Defense of Democracies, to counter the terrorist propaganda efforts, and he has been writing a weekly syndicated column for the Copley News Service nationwide since February of 2000.

Jack Kemp received the Republican Party’s nomination for Vice President in August of 1996 and since then has campaigned nationally for reform of taxation, Social Security and education.

In 1995, Jack Kemp served as chairman of the National Commission on Economic Growth and Tax Reform, which promoted major reform and simplification on our tax code in order to unleash the American entrepreneurial spirit, increase economic growth and expand access to capital for all people.

Prior to founding Empower America, Jack Kemp served for four years as Secretary of Housing and Urban Development. Jack Kemp was the author of the Enterprise Zones legislation to encourage entrepreneurship and job creation in urban America and continues to advocate the expansion of home ownership among the poor through resident management and ownership of public and subsidized housing.

Before his appointment to the Cabinet, Jack Kemp represented the Buffalo area and western New York for 18 years in the United States House of Representatives from 1971-1989. He served for seven years in the Republican Leadership as Chairman of the House Republican Conference.

Before his election to Congress in 1970, Jack Kemp played 13 years as a professional football quarterback. He was captain of the San Diego Chargers from 1960-1962. He was also the captain of the Buffalo Bills, the team he quarterbacked to the American Football League Championship in 1964 and 1965, when he was named the league’s most valuable player. He co-founded the American Football League Players Association and was five times elected president of that Association. In 2005 Jack Kemp was recognized by Sporting News as one of the Top 50 Best All Time Quarterbacks.

Jack Kemp was born and raised in Los Angeles and educated in the LA public schools. Jack Kemp married Joanne Main of Fillmore, CA, also a graduates of Occidental College. They have four children (Jeffrey, Jennifer, Judith and Jimmy) and fifteen grandchildren. Jack Kemp passed away in May 2009, at the age of 73. 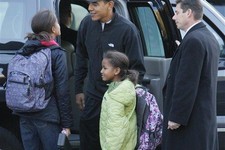 A Letter to my Grandchildren
By Jack Kemp
Dear Kemp grandchildren -- all 17 of you, spread out from the East Coast to the West Coast, and from ...
November 12, 2008 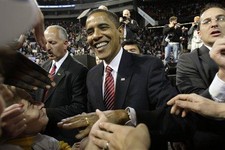 The Treats to Our Markets
By Jack Kemp
Are Barack Obama's proposed tax increases adversely affecting our financial markets? We say yes, unambiguously. The senator has done a ...
October 28, 2008

Tax Cuts for the Middle Class
By Jack Kemp
This column is co-authored with Peter Ferrara, who is director of entitlement and budget policy for the Institute for Policy ...
September 16, 2008

Obama Versus McCain on the Economy
By Jack Kemp
"It's a paradoxical truth that tax rates are ...
August 08, 2008 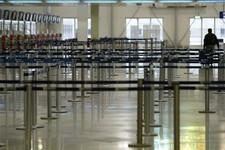 Stop the Raid
By Jack Kemp
The future of Social Security presents not ...
July 23, 2008

Take a Timeout On Unfair Cell Phone Taxes
By Jack Kemp
It's no secret that these are uncertain economic times. With the cost of food and energy rising almost daily, one ...
May 19, 2008

A Celebration of Israel's Progress
By Jack Kemp
As I prepare to travel to Israel this June - my second mission for the American-Israeli Friendship League and the ...
May 12, 2008

A Strong America Needs a Strong Dollar
By Jack Kemp
In the early 1970s, as I began serving in the U.S. Congress representing Buffalo, N.Y., I remember the disdain (and ...
March 11, 2008

Reform Entitlement Programs Without Increasing Taxes
By Jack Kemp
Believe it or not, federal spending has been stable at around 20 percent of the gross domestic product for more ...
November 27, 2007

The Link Between Foreign Investment and Peace
By Jack Kemp
Dear senators and members of Congress: I recently visited NASDAQ on behalf of NFL Hall of Famer Ronnie Lott to help ...
October 19, 2007 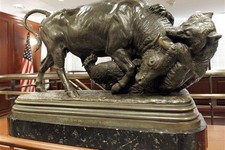 The 25-year bull market
By Jack Kemp
The great "existentialist philosopher" Yogi Berra once famously said, "history is just one damn thing after another." Of course the ...
August 14, 2007 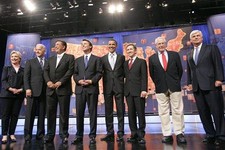 The GOP and the black vote in '08
By Jack Kemp
Watching the third debate between the Democratic candidates for president on PBS at Howard University, I was struck by the ...
July 03, 2007
Commentary Archives
CARTOONS | Bob Gorrell
View Cartoon