Jackie Gingrich Cushman
|
Posted: Mar 25, 2021 12:01 AM
Share   Tweet
The opinions expressed by columnists are their own and do not necessarily represent the views of Townhall.com. 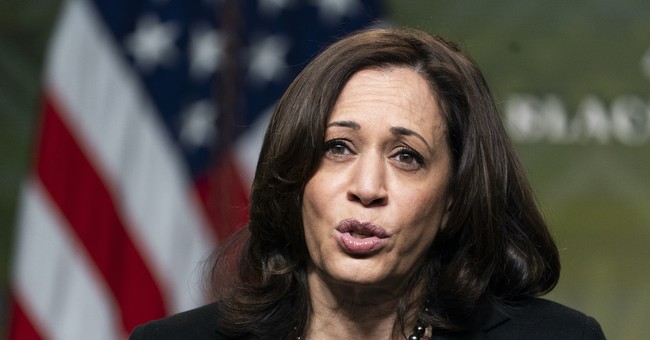 Whoever is in charge of naming the Democratic bills in the House of Representatives must have a twisted sense of humor. Let's take a few examples. The so-called Equality Act is an Inequality Act. If the bill is passed, parents of minors who do not allow them to undergo medical transgender procedures could have their children removed from the home. Additionally, it would allow biological males who have undergone medical transgender procedures to compete in women's sports. There is nothing sporting or fair about that.

HR1, the "For the People Act," would be more aptly labeled "For the Democratic Party in Power Act." It passed in the House of Representatives. If passed by the Senate and signed into law, it would dramatically change the structure and process of voting nationwide. Currently, state legislatures have the constitutional right to make laws regarding voting regulations within states.

If passed, this bill would pull voter registration and voting process power away from the states and give it to the federal government. Included are same-day registration, no-fault absentee ballots, with absentees to be counted if received up to 10 days after Election Day, automatic registration of individuals from state and federal databases, an exception to state voter ID laws in some cases and the restoration of voting rights to felons. The icing on the cake is that it calls for all court cases that would be filed against the law (which would be many) to be limited to the District Court for the District of Columbia, an overwhelmingly Democratic area. It would also require all plaintiffs to be joined together into one suit.

Let's move from bills in process to the process of administering the House of Representatives itself. House Democrats are now opening an investigation into the victory of Rep. Mariannette Miller-Meeks, a Republican who won Iowa's second Congressional District by six votes. Since Miller-Meeks was sworn in, she has been performing her duties to represent her district. The party that claims there were no problems with the presidential election wants to carve out a congressional race to overturn.

In the meantime, the Biden administration has finally acknowledged that there is a problem at our southern border. "It's a huge problem," Vice President Kamala Harris told "CBS This Morning" on Wednesday.

"Are we looking at overcrowding at the border, particularly these kids? Yes. Should these kids be in the custody of HHS, the Health and Human Services, instead of the Border Patrol? Yes. Should we be processing these cases faster? Yes."

She blamed Trump. "There was a system in place -- previously, before the last administration -- to allow us to process these kids in their country of origin," Harris said. "That was dismantled, we have to reconstruct it. It's not going to happen overnight."

However, the surge came under the Biden administration, after border officials backed off Trump's stance of a hard border. Many of the migrants note that they believe Biden will allow them in, hence the surge in numbers.

So, the question becomes, what should the noble opposition (Republicans, in this case) do, when confronted with such shameless posturing? Maybe my favorite sport of tennis can provide a bit of insight. When playing club double tennis, each side gets to call or referee the lines on their sides of the court. The understanding is that both sides will call the shots to the best of their ability, fairly. Every so often, not very frequently, you run across an opponent who makes bad calls. Most of the time, they're accidental. But occasionally, they're deliberate. In either case, you still have to play the match.

Republicans still have to figure out how to gain a majority of the votes while dealing with a shameless competitor. The challenge is that many voters believe the titles and talking points and have drowned out the Republicans' cries for accurate policy debate. This means that we have to up our game -- not play their game -- not by being shameless, but by calling out the shamelessness of the Democrats and then devising a better solution, one that most voters will support. Simply raising our voices against something might drive ratings in media, but it will not inspire people to help nor will it inspire them to vote.