The Unbearable Heaviness of Being Divisive

Jackie Gingrich Cushman
|
Posted: Feb 18, 2021 12:01 AM
Share   Tweet
The opinions expressed by columnists are their own and do not necessarily represent the views of Townhall.com. 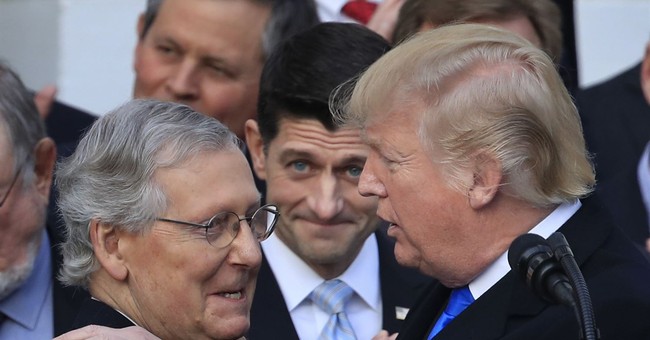 This past week, former President Donald Trump was acquitted for a second time after being impeached. This time, the charge was for inciting an insurrection. Senate Minority Leader Mitch McConnell, R-Ky., had written an email to Republican colleagues Saturday giving them cover for voting not to convict. "While a close call, I am persuaded that impeachments are a tool primarily of removal and we therefore lack jurisdiction," he said in his email.

After the acquittal vote Saturday, McConnell spoke from the floor of the Senate, and laid out his belief regarding Trump's part in the uprising. "There is no question, none," said McConnell, "that President Trump is practically and morally responsible for provoking the events of the day." He voted against conviction, he said, because Trump was no longer president, and therefore, in his view, no longer impeachable.

Trump responded on Tuesday with a scathing news release targeting McConnell. "The Republican Party can never again be respected or strong with political 'leaders' like Sen. Mitch McConnell at its helm," he said. "McConnell's dedication to business as usual, status quo policies, together with his lack of political insight, wisdom, skill, and personality, has rapidly driven him from Majority Leader to Minority Leader, and it will only get worse."

Trump then went on to laud himself by referencing the House Republicans' performance in the 2020 election, in which "we flipped 15 seats, almost costing Nancy Pelosi her job." He should have been thanking Minority Leader Kevin McCarthy, R-Calif. This past fall, McCarthy's House Republicans ran on the theme "Restore Our Way of Life. Rebuild the Greatest Economy in History. Renew the American Dream." Their message was upbeat, positive and provided voters with a reason to vote for the Republican candidate. Sadly, it's a novel idea to focus on an optimistic message.

"In 'Mitch's Senate' over the last two election cycles, I single-handedly saved at least 12 Senate seats, more than eight in the 2020 cycle alone -- and then came the Georgia disaster." He then blamed Georgia state officials and McConnell himself for the Republicans' dual defeat in Georgia's runoff elections.

The reality in the Georgia runoff Senate elections is that the Democrats focused on getting out the vote, while the Republicans vented their anger and ran against the Democratic candidates rather than for something positive. Republicans have bought into the partisan politics, negative campaigning and fear mongering. Now we have internal party battles to add to the party dysfunction.

"Mitch is a dour, sullen, and unsmiling political hack, and if Republican Senators are going to stay with him, they will not win again. He will never do what needs to be done, or what is right for our Country," continued Trump. "Where necessary and appropriate, I will back primary rivals who espouse Making America Great Again and our policy of America First. We want brilliant, strong, thoughtful, and compassionate leadership."

Hard to imagine that the "brilliant, strong, thoughtful, and compassionate leadership" includes publicly eviscerating one's opponents in their own party. Trump is right that, before COVID-19, we had "the greatest economy and jobs numbers in the history of our Country, and likewise, our economic recovery after Covid was the best in the world. We cut taxes and regulations, rebuilt our military, took care of our Vets, became energy independent, built the wall and stopped the massive inflow of illegals into our Country, and so much more."

What is also true is that every Democrat is not just happy about the finger-pointing in the Republican tent: many of them are pulling up a chair and popping the popcorn hoping to watch the full meltdown, a Republican Party civil war. An internal party fission would give Democrats cover to move their agenda forward while both the media and the politicians are focusing on the party split sideshow.

What can bring us together? A focus on policy instead of personal, petty politics. The same policies that led to Republican majorities in 59 of the 98 partisan state legislative chambers. The House gained Republicans and the Democrats did not grab control of a single state legislature this past cycle. Something worked.

What works? Economic policy that results in growth; reduced regulations; a focus on safety and security; a return to core values; hard work; civility; and blocking and tackling. We've had enough of divisive internal battles. We should follow McCarthy's lead and "Restore Our Way of Life. Rebuild the Greatest Economy in History. Renew the American Dream."