Life Is Messy; Be Cautious of an Orderly Narrative

Jackie Gingrich Cushman
|
Posted: Nov 07, 2019 12:01 AM
Share   Tweet
The opinions expressed by columnists are their own and do not necessarily represent the views of Townhall.com. 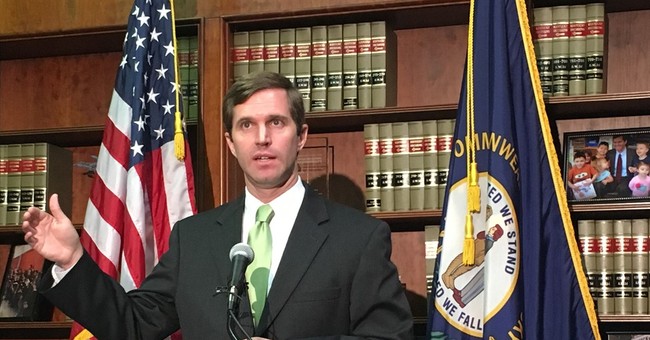 Here's what you can expect to see between now and the 2020 elections, which are less than a year away: an endless parade of so-called experts who will strain each day's political events through their ideological sieves in attempts to give them meaning.

This is nothing new. We all do it, not only with politics but also with life in general. We take information in and attempt to sort it into preconceived narratives that fit our understanding of what is going on. Otherwise, we can be overwhelmed by the thousands of bits of information that we take in each day.

As of last month, the Democratic candidates in Virginia collectively outraised the Republican candidates by 50%, or $10 million. While many will argue that Tuesday's results represent a rejection of President Donald Trump by Virginia voters, that's a simplistic interpretation. It's doubtful that the results would have been the same if each party had raised similar amounts of money.

Moving to Kentucky, which Trump visited to rally support for Republican candidates, the Republican incumbent Gov. Matt Bevin appears to have lost to Democrat Andy Beshear, the incumbent attorney general.

Beshear is also the son of former Kentucky Gov. Steve Beshear, who held the office before Bevin. While some Democrats and Trump bashers will point to this Republican loss as a blow to Trump, let's look at how the governor's race compared with the rest of the Kentucky statewide races.

The results of the governor's race is not a Republican problem; it is a Bevin problem. So let's think about what could have led people to vote for the other five Kentucky Republicans and not for Bevin.

Bevin's explanation for this change was that Hampton's focus and priorities differed from his.

Bevin had taken on the teachers' pension -- without a lot of grace, and often came across as acerbic. He is not well liked by registered voters in Kentucky. A Morning Consult poll from the third quarter of this year reported Bevin's approval rating was 34% and his disapproval rating was 53%, the second-lowest among the nation's governors. When you consider those approval ratings, his election results don't seem so bad.

Beshear ran a moderate campaign that focused on state issues and ignored national politics as much as possible. He posted on Twitter when he had knocked on his millionth door while campaigning in Kentucky.

Bevin talked about national issues in an attempt to draw out the Republican base. The challenge is that to win an election, you have to garner more than one party's votes; you have to appeal to independents or swing a few voters from the other side.

While many will attempt to draw a straight line from the results in the Virginia and Kentucky races to Trump, the truth is messier.

With a great economy, Trump's best bet is to hope the Democrats nominate a candidate that won't appeal to voters in a general election despite winning a Democratic primary. But lightning doesn't often strike twice (Hillary Clinton was a terrible general election candidate -- appearing aloof, entitled and irritated to have to campaign).

Instead, Republicans looking to set themselves up for 2020 should focus on candidate selection and have state candidates knock on every door they can, raise money and focus on the issues most important in their particular district, county or state. They must focus on earning every vote possible. While Trump will be at the top of the ticket, a team approach is the way to win.

To find out more about Jackie Gingrich Cushman and read features by other Creators Syndicate writers and cartoonists, visit www.creators.com.