Jackie Gingrich Cushman
|
Posted: Jun 21, 2018 12:01 AM
Share   Tweet
The opinions expressed by columnists are their own and do not necessarily represent the views of Townhall.com. 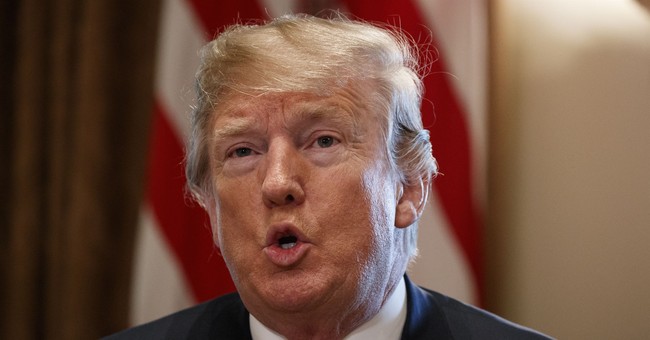 Congress is addressing immigration. If done correctly, if they take real action, it could be a real boon to Republicans for the mid-term elections. If not done (or done poorly) it can be a real hinderance.

Democrats, on the other hand, are lining up a "false choice" as termed by Speaker Paul Ryan, between securing our borders and enforcing laws and keeping families together.

For decades, our nation has been grappling with border security and immigration, while making no real progress. President Donald Trump announced that he would build a wall during his campaign. The wall has not been funded. While immigration has been taken up by the Congress, no legislation has been sent to Trump's desk.

The background is as follows.

Last September, Attorney General Jeff Sessions announced "that the program known as DACA ...is being rescinded." A six-month implantation period was set up so Congress could fix this legislatively. Trump pushed the problem to the legislature. In 2011 and 2012, Obama also thought it belonged.

It has not been fixed legislatively.

This year, the illegal immigration problem has been exacerbated by increases in border apprehensions. Attorney General Jeff Sessions stated on May 7 in San Diego, "This February saw 55 percent more border apprehensions than last February. This March saw triple the number from last March. April saw triple the number last April...Eleven million people are already here illegally...The Congressional Budget Office estimates that those 11 million have 4.5 million children who are American citizens."

Why are more children being held today? Because more children are coming across the border either by themselves or with adults, and the law is being enforced.

Angelo Fichera of factcheck.org wrote Tuesday, when parents are sent into custody, "minors who cannot be housed in detention centers for adults -- are transferred to the U.S. Department of Health and Human Services for placement in a juvenile facility or foster care." This is based on law and court ruling.

The use of recordings and photos on social media are fueling emotional flames, often with an inaccurate accelerant.

If you saw a tweet with a photo of a child gripping a wire barrier and appearing distressed from activist Jose Antonio Vargas with the caption, "This is what happens when a government believes people are 'illegal.' Kids in cages," then you were misled. The child in a photo was not detained. The picture was taken in Dallas at a June 10 rally. The child had wandered into a prop used to stir emotion, and the photo was taken.

Former speechwriter for President Barack Obama, Jon Favreau, shared photos from a 2014 story as if they were just taken. This led to Trump tweeting "Democrats mistakenly tweet 2014 pictures from Obama's term showing children from the Border in steel cages. They thought it was recent pictures in order to make us look bad, but backfires. Dems must agree to Wall and new Border Protection for good of country...Bipartisan Bill!"

As the flames of emotion have been fueled, Peter Fonda has called for targeting of the children of border patrol agents. Frightening and outrageous. This past Tuesday night, Secretary of Homeland Security Kirstjen Neilson, who has acknowledged the system is broken and should be fixed so both families can stay together and our border is secure, was harassed Tuesday night while eating out at a restaurant. Outrageous as well - she is attempting to fix the system, permanently and legally.

These emotional flames, fueled with an artificial accelerant, has led to a call for a "false choice" as termed by Speaker Paul Ryan, between securing our borders and enforcing laws and keeping families together.

Yes, we need to fix our broken our immigration system through permanent legislation. And Ryan is right; a false choice is used when one side wants to short cut the system. To disregard rule of law rather than tackle the hard work of making laws that work.