Jackie Gingrich Cushman
|
Posted: Jul 13, 2017 12:01 AM
Share   Tweet
The opinions expressed by columnists are their own and do not necessarily represent the views of Townhall.com. 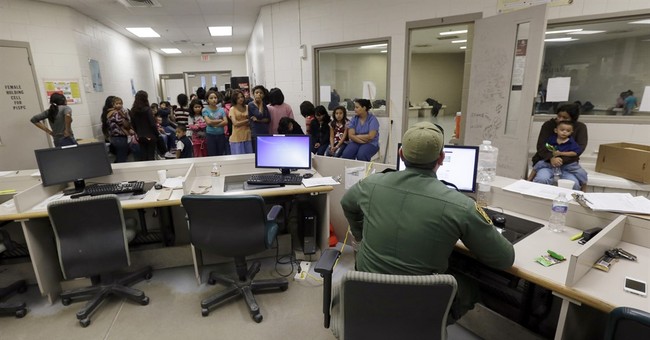 It's common to hear political debates and read headlines regarding immigration, policy and how welcoming (or unwelcoming) the United States is to those who want to move here.

Sometimes, though, some key facts are missing. So bear with me as I lay out what I hope will help readers form a frame of reference that will help them draw their own conclusions about U.S. policy.

In 2010, 12.9 percent of the U.S. population had been born outside the United States. Of them, 44 percent had become U.S. citizens. The foreign-born percentage of the U.S. population had not been this high since 1920, when it was 13.2 percent. Afterward, tighter immigration laws led that percentage to decline to as low as 4.7 percent in the 1970's before looser immigration laws caused it to rise again. The percentage is continuing to rise.

How does the United States stack up against other countries in terms of accepting immigrants? According to U.S. News & World Report, "10 Countries That Take the Most Immigrants" by Gaby Galvin, published July 10, 2017, "the U.S. accepted 1,051,000 permanent migrants in 2015, remaining the top country for immigration. [Includes lawful permanent resident status only]. These new migrants brought the entire U.S. foreign-born population to 13.3 percent of the total population." Germany ranked number two for taking the most immigrants, followed by the United Kingdom, Canada and France.

While accepting the most migrants, "the U.S. is also the top refugee resettlement county [in the world]...In 2015, the U.S. admitted 69,920 refugees," according to Galvin. Note that none of the other top five countries in terms of population are included among the top five - or even the top 10 -- that accept immigrants.

The Russian Federation (population 144 million) ranked second in total migrant population, which was recorded at 11.6 million in 2015. However, this represented only 8.1 percent of their population (rising very slightly, from 8.0 percent in 2010).

These immigration statistics are affected by the ease of travel to one country or another. Because the United States is located in the middle of a continent and stretches from "sea to shining sea," it has two of the top 10 longest land borders in the world. The border it shares with Canada is 5,525 miles long. This is the only land border for Canada. That distance includes the border between the Continental United States and Canada, and between Canada and Alaska.

So, when comparing with other high-population countries, the United States is the world's most welcoming. While you might still argue for a more liberal or less liberal immigration policy, you would do well to base that argument on some of these key facts.