Jackie Gingrich Cushman
|
Posted: Feb 02, 2017 12:01 AM
Share   Tweet
The opinions expressed by columnists are their own and do not necessarily represent the views of Townhall.com. 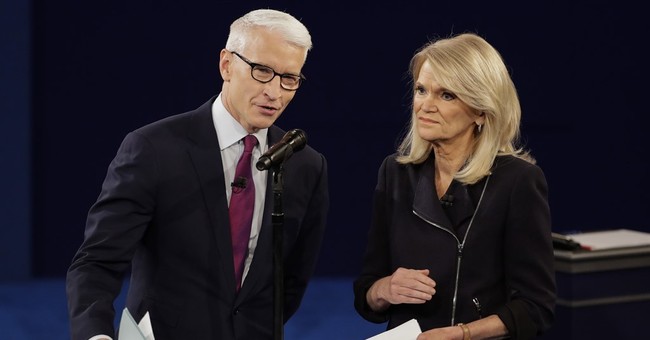 During his inaugural speech, President Trump put the establishment of both parties on notice that the American people will come first under his leadership. He also spoke about what we can do together. Since his inauguration a little over a week ago, President Trump has moved rapidly, implementing promises made on the campaign trail. Republicans are in charge of both the House and the Senate, but the Democrats are making their opposition known as loudly as possible. Even President Obama joined the fray.

With the Republicans in control of the White House and both chambers in the Capitol, the Democrats appear to be tone deaf to what's happened. Instead of making Washington work again, they are failing to show up for Senate committee meetings and relying on rhetoric rather than facts, apparently believing that their bombastic responses are effective.

Part of the backdrop to these actions is a cultural shift in which journalists have moved, from reporting news to spewing opinion disguised as fact. There were days, long past, when reporters reported on the news. This means they listed the facts surrounding events and allowed viewers or listeners to make up their minds to form their own opinions. Yes, reporters are people, and all people have biases, but they attempted to appear unbiased to report the facts and to give all sides the opportunity to deliver their message.

Today, many reporters no longer attempt to report, but instead give their audiences their version of what happened. Just this week I heard a reporter say, regarding the executive action on immigration, "What matters is how it's perceived out in the rest of the world." While perception does matter, in my (possibly) naive mind, facts and reporting should influence perception -- not the other way around.

And if the perception is based on incorrect facts, then the reporter should attempt to report facts and clarify thinking. The other possibility is to simply let opinions drive perceptions, and possibly that's where we are at this point.

I interpreted the statement that the world's perception is what matters to mean "facts don't matter." And maybe today they don't. Or don't very much. Some might argue that Trump Senior Advisor Kellyanne Conway's phrase "alternative facts" makes no sense. But if you live in a world where reporters are worried more about what the world thinks than about whether the facts that they are reporting are correct, then maybe "alternative facts" is the result.

I'd like to think that facts matter. But in a world that has shifted from (attempting to) report facts to stating opinions and perceptions while also focusing on feelings, maybe facts have become passe.

If facts do matter, then the more those in the opposition party use inaccurate adjectives to describe what is happening in Washington, the more Trump will reach past the news media and communicate directly with the American people. As that happens, the opposition will lose credibility.

This week, the White House issued a statement that "President Donald J. Trump Will Continue to Enforce Executive Order Protecting the Rights of the LGBTQ Community in the Workplace." Noting, "President Donald J. Trump is determined to protect the rights of all Americans, including the LGBTQ community. President Trump continues to be respectful and supportive of LGBTQ rights, just as he was throughout the election. The President is proud to have been the first ever GOP nominee to mention the LGBTQ community in his nomination acceptance speech, pledging then to protect the community from violence and oppression."

As Trump continues to deliver on his campaign promises, the outrage will continue. It will be interesting to see if the opposition's outrage wears thin to those within hearing distance. If facts do matter, then the Democrats' continual reflexive outrage will soon lose its resonance.