Politics of Personality and Polling

Jackie Gingrich Cushman
|
Posted: Oct 27, 2016 12:01 AM
Share   Tweet
The opinions expressed by columnists are their own and do not necessarily represent the views of Townhall.com. 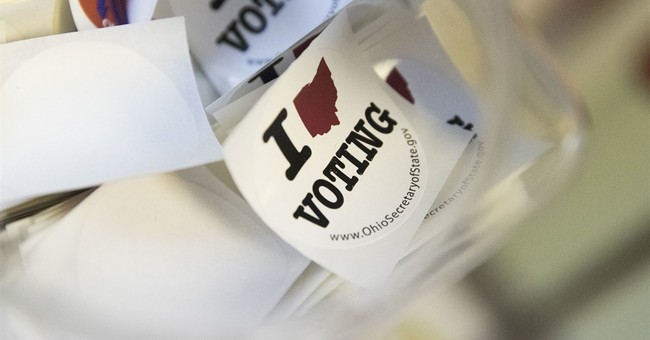 The election is, in fact, not quite over. As you watch and listen to the media in the next week, keep a few questions in mind.

In an effort to win -- one strategy is to create a new front if you know you cannot win on another win. The Democrats cannot win on policy, so they are focusing on polling and personality.

Let's set the stage. This month, the Center for Public Integrity analyzed the political donations of "journalists, reporters, news editors or television news anchors -- as well as other donors known to be working in journalism." What they found was "Nearly all of that money -- more than 96 percent -- has benefited Clinton."

Let's look at the media coverage this week as an example. Both candidates attended non-campaign events. AP reported the following on October 25 in a story titled "The Latest on the U.S. presidential race":.

In contrast, the next morning, AP promoted its Big Story by Lisa Lerer and Jill Colvin with this headline: "Trump spends precious campaign time promoting his businesses." Way down in the body of the story, they mention that "After stopping at the hotel not far from the White House, Trump will visit North Carolina for two campaign rallies Wednesday."

Consider this media bias when you look at how Trump's speech in Gettysburg on Saturday was handled. There, he unveiled his "Contract with the American Voter." The result: there has been almost no media coverage of the contract and little discussion about the policies it promotes.

Why? It's easier to focus on the polls and personalities rather than engage in in-depth discussion about the policies themselves.

So, in an effort to shine some light on Trump's Contract, here is a summary:

Day one, Trump would, "propose a Constitutional Amendment to impose term limits on all members of Congress...a hiring freeze on all federal employees ...(exempting military, public safety, and public health)... a requirement that for every new federal regulation, two existing regulations must be eliminated...a 5-year-ban on White House and Congressional officials becoming lobbyists after they leave government service...a lifetime ban on White House officials lobbying on behalf of a foreign government...a complete ban on foreign lobbyists raising money for American elections."

He would take "the following 7 actions to protect American workers: "announce my intention to renegotiate NAFTA or withdraw from the deal under Article 2205...announce our withdrawal from the Trans-Pacific Partnership

... direct my Secretary of the Treasury to label China a currency manipulator

... direct the Secretary of Commerce and U.S. Trade Representative to identify all foreign trading abuses that unfairly impact American workers...lift the restrictions on the production of $50 trillion dollars' worth of job-producing American energy reserves...Lift the Obama-Clinton roadblocks and allow vital energy infrastructure projects...cancel billions in payments to U.N. climate change programs and use the money to fix America's water and environmental infrastructure."

Trump "will take the following five actions to restore security and the constitutional rule of law: cancel every unconstitutional executive action, memorandum and order issued by President Obama...begin the process of selecting a replacement for Justice Scalia...cancel all federal funding to Sanctuary Cities...begin removing the more than 2 million criminal illegal immigrants from the country...suspend immigration from terror-prone regions where vetting cannot safely occur."

Trump will work with Congress during the first 100 days for the following:

While it's fine to oppose a candidate after you take the time to understand his or her policies, it's sad when serious discussion about policy is thrown out the window and replaced by chitchat about polls and personalities.