Jackie Gingrich Cushman
|
Posted: Mar 31, 2016 12:01 AM
Share   Tweet
The opinions expressed by columnists are their own and do not necessarily represent the views of Townhall.com. 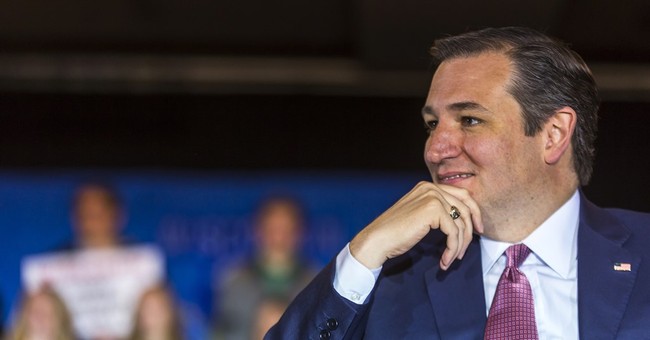 After months of Republican primary candidates vying for attention on debate stages around the country, this week's CNN town hall from Milwaukee, Wisconsin, proved to be a study in contrast.

The result? Trump showed his toughness and self confidence. A rookie interview question stumped Cruz, who elegantly weaved personal stories into his answers an apparent attempt to humanize his image, and Kasich channeled Jimmy Stewart.

Trump, when asked about the arrest of his campaign manager, responded, "I stick up for people when people are unjustly accused. And, in my opinion, unjustly accused. She's grabbing me. He walks in to stop it. She walked through Secret Service. She had a pen in her hand, which could have been a knife, it could have been just a pen, which is very dangerous. She should not have been doing that.

"And she didn't fall to the ground. She wasn't dragged to the ground and all of the things that she said, Anderson. I stick up for people."

The message to voters: Trump is tough and won't back down.

Trump's self-surety continued when answering the question, "When was the last time you actually apologized for something?"

"No, I do -- I don't know -- I'll think," Trump answered. "Can I think? But look, I do believe in apologizing, if you're wrong. But if you're not wrong, I don't believe in apologizing ... Yes, I mean -- apologized -- I apologized to my mother years ago for using foul language. I apologize to my wife for not being presidential on occasion. She's always saying 'Darling, be more presidential.'"

The takeaway -- no major mess-ups that required an apology from Trump, he's mostly right -- well, about everything.

Cruz was challenged by Shannon O'Connell, who asked, "My question is more personal in nature. What would you regard as your greatest personal failure and what did you learn from it?"

Cruz answered, "What I will say is I'm a pretty driven guy. That has pros and cons. I have always been a very driven guy. I believe passionately in free-market principles and the Constitution ... And, you know, a lot of that, I think the reason that I'm so driven on this front has to do with my family background."

Ahh, the classic, college-interview response response -- my biggest fault is really a positive attribute -- therefore I must not have any real faults, just pretend ones that make me a better candidate and hopefully a better president.

Kasich channeled Jimmy Stewart during his close when asked by Cooper, "You said that this campaign has caused you to slow down."

While running for president, Kasich has learned to slow down, and become more articulate about what makes America great. The answer is not him, or not any person in Washington, but the people who live in the neighborhoods and help others out. Kasich understands it's not about him.

The town hall left me thinking about the differences between the candidates. Trump believes in himself, Cruz believes his major flaw is being too driven and Kasich believes in the American people. It will be interesting to see which candidate wins out.