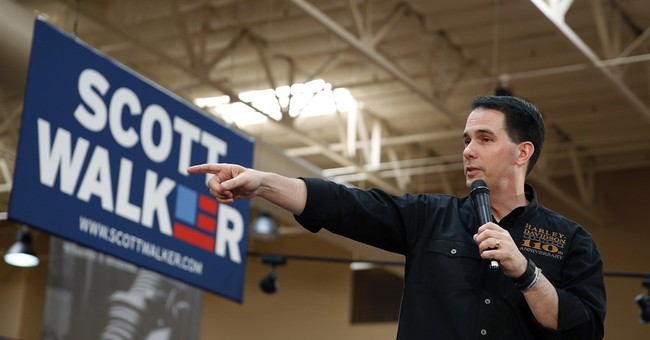 The ancient Romans coined the phrase "dog days" based on the period of time that the brightest star (Sirius, the Dog Star) rose and set in conjunction with the sun. The Romans believed that Sirius radiated heat to the Earth, causing the hottest part of the year as it traveled with the sun.

The dog days are popularly believed to be a time of agitation and unruly behavior. This past week's news stories provide a glimpse into current sources of high levels of agitation: the Greek debt crisis, potential Federal Reserve rate hikes, technical issues at the NYSE, hacking into government data, airlines being grounded and more. A lot of these activities appear to signify movement, but not movement forward.

In politics, too, there is frenetic activity, with polls reporting rapidly changing standing on the Republican side of the action.

Though we all know that polls often do not reflect final votes, they appear to be playing a larger role than normal among the Republicans gearing up for the 2016 presidential election.

This year, the RNC announced it has scaled back the debate process, to "limit the number of debates, spread the debates across the country by sanctioning no more than one debate per state, allocate the debates over the course of seven months, include a larger conservative media presence and allow campaigns to know and plan for the debate schedule early."

The goal: to protect the eventual Republican nominee and to gain more control over the process. According to a Jan. 16 Politico article by James Hohmann and Alex Isenstadt, the changes went beyond limiting the number of debates. "To give their push to control the debate process teeth, the party announced Friday that any candidate who participates in a debate that isn't sanctioned by the RNC will not be allowed to participate in any more sanctioned debates," they wrote. "A question clouding the effort has been whether media organizations and cash-strapped candidates desperate for free airtime would go forward with unofficial debates, undercutting the whole process."

Will there be repercussions from the RNC for those candidates who participate? After all, it is a forum, not a debate. Candidate-friendly super PACs are getting into the game early to make sure their candidates have a chance to participate in the sanctioned debate.

As Nicholas Confessore wrote this week in The New York Times about the super PAC supporting former Gov. Rick Perry of Texas, "The super PACs, known as Opportunity and Freedom, are investing hundreds of thousands of dollars in advertising on the Fox News Channel and other cable channels to raise Mr. Perry's profile."

"We've always sort of viewed his announcement though the debate as a phase one," said Austin Barbour, adviser to the super PACs backing Perry. "We want to do everything we can do to begin the reintroduction to voters in Iowa, particularly, but also help him qualify for the first debate."

It will be interesting to watch the interplay of the RNC, national polls, super PACs and campaigns during the remaining dog days of summer -- the agitation and unruly behaviors have just begun!