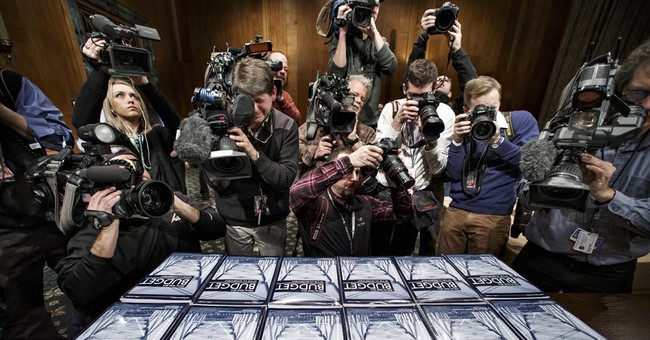 This week, President Obama released his budget for fiscal year 2016. It reflected much of what he had laid out in his State of the Union Speech, where he faced the recently elected members of the 114th Congress. Others might have paused first to consider the implications of the mid-term elections in which Republicans won big: They increased their control of the House and regained control of the Senate.

But Obama, who had 90 fewer elected Democrats in his audience than has any other Democratic president in the past 90 years (246 of the 435 representatives and 54 of the 100 senators are Republican), did not pause. Instead, he laid out a bold vision of where he wants our country to go in the last two years of his presidency. In what was perhaps an attempt to throw off the lame-duck label, he was bellicose and grandiose.

"It's now up to us to choose who we want to be over the next 15 years -- and for decades to come," said Obama, emphasizing that he wanted to "focus more on the values at stake in the choices before us."

Obama's vision includes a future where more government leads to a better life for Americans. He is untamed by the recent scandals and proof of bureaucratic incompetency so vividly displayed at the Department of Veterans Affairs, the Internal Revenue Service and in the rollout of the health care exchange website. Instead, he is sure that more government must mean more help.

His budget focused on the phrase "middle class economics." While it may sound good, it does not exist. The economy is an integrated system that comprises all the people, institutions (public and private) and companies in our nation. For it to work at its best, all need to be encouraged to work not only harder, but also more efficiently and effectively -- the rich and poor as well as the middle class. The government sending more money leading to more waste does not lead to better outcomes.
CARTOONS | AF Branco
View Cartoon

What is in Obama's budget?

"The Problem with Obama's budget," an editorial posted on the CNN website by Will Marshall, the president of the Progressive Policy Institute, notes it includes "a controversial centerpiece ... a grab bag of big tax changes that take from the rich to give to, well, everyone else. ... There's also a new tax on the nation's 100 largest banks."
Marshall concluded that "while there's no doubt the overall effect would be to make federal taxes more progressive, it would also make the code even more insanely complicated."

And this review from an ally.

Will this pass through the Republican-controlled House and Senate?

Earlier last month, Chairman of the House Budget Committee Congressman Tom Price (R-GA) outlined three ways to balance the budget: "You can raise taxes ... decrease spending ... and/or you can grow the economy." According to Price, his focus will be on the third option, with the budget committee "laying out the vision for how we would grow our economy in a very, very positive way, expand success for -- for the American people."

In response to Obama's budget, House Budget Committee Chairman Tom Price, M.D., (GA-06) and Senate Budget Committee Chairman Mike Enzi (R-WY) responded, "The president is advocating more spending, more taxes and more debt. ... That approach will yield less opportunity for the middle class and a crushing burden of debt that threatens both our future prosperity and our national security."

They referred to the president's budget as "a suggestion and a wish list," while noting the reality that "the budget of Congress sets the outline of spending for the coming year."

The Republicans' philosophy is very different. Rather than trying to address income inequality through redistribution, Price and Enzi want to grow the economy "by lifting the regulatory burden on families and job creators, and by embracing the innovative spirit that drives American entrepreneurship and success. This is how we as a nation can lay the foundation for a healthy economy and a responsible federal budget."

The framework and structure of the coming 2016 presidential election is being set. One can only hope that those running for office will step back, reevaluate and unveil a different framework, much as Ronald Reagan did in 1964, when he delivered his "A Time for Choosing" speech. "This is the issue of this election: whether we believe in our capacity for self-government or whether we abandon the American revolution and confess that a little intellectual elite in a far-distant capitol can plan our lives for us better than we can plan them ourselves."