The Culture of Passing the Buck 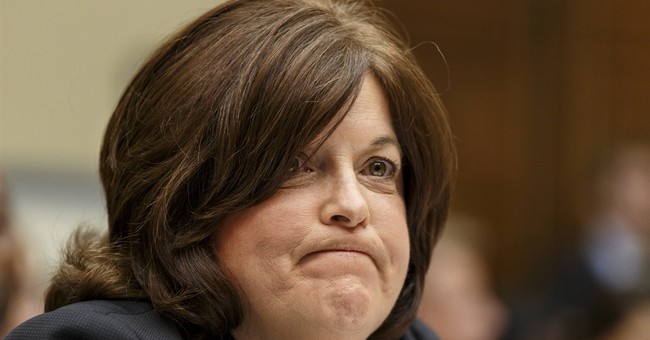 The director of the Secret Service, Julia Pierson, was questioned this past Tuesday by members of the House Committee on Oversight and Government Reform regarding lapses in Secret Service Performance. The hearing focused primarily on an incident that took place on September 19. Omar J. Gonzalez, 42, allegedly jumped the White House fence, ran across the White House lawn, ran up a flight of stairs and through the North Portico door. He then allegedly entered the entrance hall, turned left and headed into the East Room, where he was tackled and subdued. A knife was allegedly found in his possession.

The East Room, the largest in the White House, is where President Teddy Roosevelt's children once roller-skated. It is from the North portico that visitors exit the White House at the end of the tour.
Despite Pierson's acknowledgment during the hearing that "mistakes were made," Rep. Stephen Lynch, D-Mass., was unimpressed. "I wish to God you protected the White House like you're protecting your reputation here today," he said.
Unfortunately, this is not the only recent Secret Security breach. According to an article in the Washington Post this past Tuesday, "A security contractor with a gun and three convictions for assault and battery was allowed on an elevator with President Obama during a Sept. 16 trip to Atlanta, violating Secret Service protocols, according to three people familiar with the incident."
During the elevator ride, the security guard drew attention by recording video of President Obama with his phone. It was only after Obama left the elevator that the Secret Service detained the guard, who subsequently turned over his gun.
CARTOONS | Chip Bok
View Cartoon
During Tuesday's hearing, Rep. Jason Chaffetz, R - Utah, accused the Secret Service of "misleading by omission."
After the hearing, Chaffetz told reporters, "I seriously question their candor to Congress and the American people about what is really going on."
It is not only the Secret Service that lacks candor. So too does the man they're supposed to be protecting.
During an interview that aired this past weekend on CBS News' "60 Minutes," Obama responded to criticism of his dealings with ISIS. "I think our head of the intelligence community, Jim Clapper, has acknowledged that I think they underestimated what had been taking place in Syria," he said. Notice that Obama did not say "we underestimated"; instead he said, "they underestimated."
It could be that the political environment in which the Secret Service carries out its duties is rubbing off on the organization's ability to be authentic and real. In their role of protecting the president, Secret Service officers are privy to confidential political and intelligence discussions. The people they are protecting talk freely within the agents' earshot confident that their comments will not become public information. Their vow to provide security extends beyond their charges' physical well-being to include everything from heated exchanges to romantic liaisons.
As humans, we all are influenced by our environment. If it is expected that we perform at our best, then we are more likely to perform at a high level. In sports, this tone is set by the coach or the general manager. But if no one sets the bar high, then we are more likely to turn in a mediocre performance. This also holds true for companies, institutions and bureaucracies. If one witnesses others omitting, spinning and realigning the truth to serve a purpose, then why should it be surprising when others do it as well?
We should hold not just the Secret Service, but all leaders in our government, to a standard of transparency, authenticity and responsibility for both success and failures.
President Trump Wouldn't Dignify This HuffPo Reporter's Question with a Response
Bronson Stocking
New FiveThirtyEight Forecast Not as Certain as It Appears
Micaela Burrow
AG Barr: Suspect Arrested In Shooting Death of Child That Sparked 'Operation Legend'
Ellie Bufkin
FACT CHECK THE LEFT: Do Anti-Gig, Anti-Freelance Job Laws Loved By Biden and Harris Do Any Good At All?