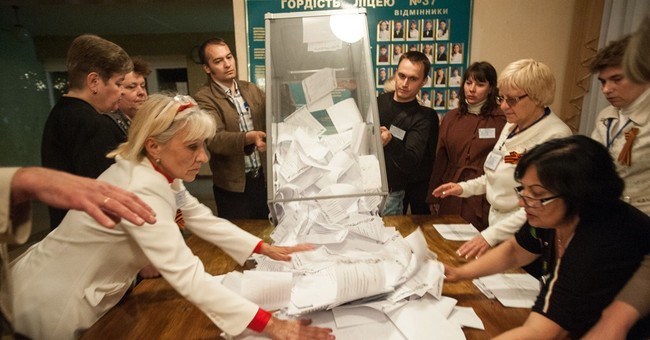 It's spring, an election off year and primaries are in full swing across the country. In my home state of Georgia, the primary is less than a week away, and the ballot is chock full of hotly contested primaries. In the race for the open U.S. Senate seat, a slew of Republican candidates are vying for one of the two spots for the July 22 runoff. These candidates include three sitting congressmen -- Paul Braun, Phil Gingrey and Jack Kingston. The top three candidates in this primary are David Perdue, Jack Kingston and Karen Handel; only one of the sitting congressmen is in this group.

Many of the polls so far have been based on total population or on registered voters, but they may not give an accurate picture of what will happen. That's because, in off-season elections, the opinion of those who bother to go to the polls may not reflect the opinion of the universe of voters who are eligible to do so.

This is true not only in Georgia but across the country.

President Obama is not up for reelection, but his approval/ disapproval ratings will have an effect on those running on the Democratic ticket. The Republicans in the House are expected to retain the majority and more than likely pick up seats.

The real excitement this year is on the national Senate race. The Senate is currently held by the Democratic Party. There is a very good chance that the Republicans will take over the Senate in the fall. Based on Real Clear Politics rankings, there are 45 safe (or not up) Democratic Seats, 46 safe (or not up) Republican seats and nine seats that are in the toss-up category. Only two of those seats -- Kentucky and Georgia -- are currently held by Republicans. The toss-up seats in the other states -- Alaska, Arkansas, Colorado, Iowa, Louisiana, Michigan and North Carolina -- are all held by Democrats.

The races in these nine states are going to garner national attention, both from the news media and from donors. As is the case in Georgia, Iowa and Michigan are open races.

Of course, elections are determined not by polls or opinions, but by counting the votes of those who bothered to go to the polls. Turnout is key, especially in an off-year election.

"Typically, the party whose supporters have an advantage in enthusiasm has done better in midterm elections," noted Gallup. "Republicans had decided advantages in enthusiasm in 1994, 2002 and especially 2010 -- years in which they won control of the House of Representatives or expanded on their existing majority. Democrats had the advantage in 2006, the year they won control of the House. Neither party had a decided advantage in 1998, a year Democrats posted minimal gains in House seats."

In hotly contested primaries such as Georgia, negative ads often have a way of making their way to the forefront, especially in the final days of the primary when candidates and their staffs may become desperate to make it into the run-off. The challenge with negative ads is that they might lead some prospective voters to decide not to vote at all. While this might be a plan to win -- voter suppression never works for a democracy in the long run.

Elections should be won by candidates who offer a better path and vision to a brighter future, who engage and energize voters rather than repel them.

This year, the midterm elections will be about turnout. Let's drive turnout based on voter enthusiasm.