Weapons of Mass Instruction: Public Education as a Civic Necessity 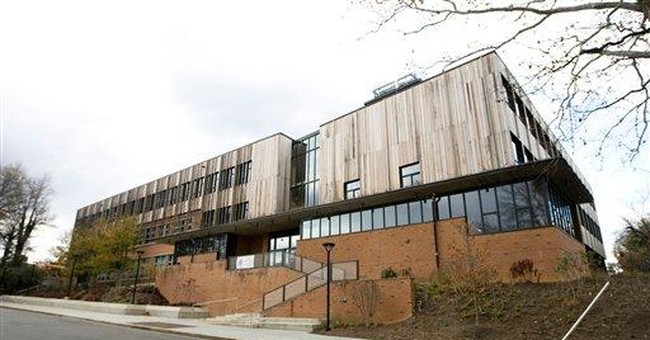 Good schools have great teachers and involved parents. When I walk into our children’s school, it is swarming with parents; parents reading, parents making copies, parents tutoring, parents helping with crafts. Everywhere you look there are parents, parents, parents. In some ways, it might look like a civil defense drill, and possibly should be thought of as such. In fact, education is nothing less than a national security issue.

Given that, comments made last week by our commander-in-chief, President Barack Obama, reminded me that he lives in a different world than most of us. "My children's school was canceled today. Because of what? Some ice?" he said. What was not mentioned was that his children attend Sidwell Friends, a private school. A call to the public school system in Washington revealed that they were open that same day.

”D.C. Public Schools’ first priority is to open schools to fulfill our obligation to educate our students whenever possible,” according to Jennifer Calloway, assistant press secretary of the District of Columbia Public School System, in a written statement. “We remain sensitive to the needs of families who are not able to arrange childcare when schools must unexpectedly close and the children who depend on a healthy meal from DCPS.”

The D.C. public school system, which serves 46,000 students, has some of that flinty Chicago toughness the president mentioned in regards to braving bad weather. If his daughters had been enrolled in public school, they would have had the opportunity to brave the elements and attend school that day.

When Obama moved into the White House, his children transferred from one private school, the University of Chicago Laboratory Schools, where tuition for grades 1 – 4 is more than $18,000 per year, to Sidwell Friends School, where the tuition exceeds $28,000 per year. Millions of children do not have this opportunity.

Public school performance is indeed a national security issue. The Hart-Rudman Commission identified the nation’s failure in math and science education as the second-biggest threat to our national security (with the first being proliferation of weapons of mass destruction and terrorism). The 2008 national graduation rate from public high schools was an alarming low 70 percent. According to the Alliance for Excellent Education, “approximately 1.2 million students-that's 7,000 every school day-do not graduate from high school on time.” Whites and Asians graduate at higher rates than do African Americans and Hispanics.

Clearly, the system is not working. What America needs are weapons of mass instruction.

This is a crisis, As Education Secretary Arne Duncan noted, “there is a tremendous sense of urgency because we can't wait….Our children have just one chance to get a quality education.” For many, that chance is passing them by.

Eight years ago, when I was pregnant with my second child, my husband and I set out to buy a larger home. Like all prospective homebuyers, we had quite a few “wants” on our list, (large yard, low traffic and low price), some of which were not achievable. But we had one criterion that was more important than all the others: The house had to be located in a good public school district. Like many parents in our neighborhood, we made tradeoffs to move into such a house – my 1955 stove, Formica kitchen counters and fake brick linoleum might not be the latest fashion, but they work and helped make our home affordable.

Education provides students with a chance to learn, and a chance to earn credentials. What the degrees and certificates provide is witness to the world that you are able to finish the program, are persistent, work hard, and have the ability to buckle down and focus when needed.

Our public education system was championed by Thomas Jefferson, who said in 1817 that the plan was proposed to “to avail the commonwealth of those talents and virtues which nature has sown as liberally among the poor as rich, and which are lost to their country by the want of means for their cultivation."

There are 46,000 children in Washington DC’s public schools and 50 million students in public schools nationwide. Unfortunately, our current system leaves many students’ talents and virtues undiscovered, uncultivated and unused.

It is time to get serious, get tough and transform our public schools so all children can have a quality education.