Trump Should Be Endorsing Kathy Barnette

Jack Brewer
|
Posted: May 13, 2022 12:01 AM
Share   Tweet
The opinions expressed by columnists are their own and do not necessarily represent the views of Townhall.com. 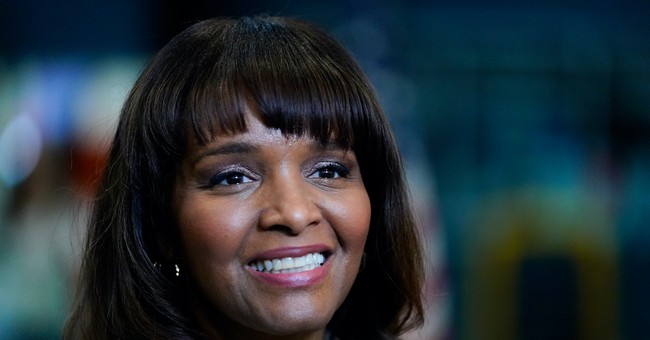 The Pennsylvania Senate Race is electrifying the country, as we see a highly competitive primary race on the Republican side. However, most of the mainstream media has proudly declared Mehmet Oz as the frontrunner in the race. Even President Trump intervened in the primary, with a ringing endorsement of Mehmet Oz—commonly referred to as Dr. Oz. Yet, Dr. Oz is not true to the America First agenda which has become more evident with his superficial defense of the unborn. Only one candidate in this Senate primary race truly manifests the spirit of the American Dream and the values of a true American First candidate and her name is Kathy Barnette. In face of unprecedented attacks against the pro-life community and our nation’s institutions, Pennsylvanians deserve a senator whose stances won’t waver and whose commitment to the unborn will never fade.

Her story is compelling, as Black Republican woman Kathy deeply understands the struggles of millions of hardworking Americans personally. She grew up on a pig in the deep South, raised in a home with no insulation, running water, or plumbing for that matter. However, that did not dissuade her from pursuing the American Dream. She graduated from college—earning both her bachelor's degree and her master’s degree—and even signed up to serve and defend in our nation’s military. Yet, it isn’t solely her background that makes Kathy the America First candidate; it’s the fact that her policy proposals have remained true to the America First agenda since the very beginning.

Her day one pledge is ripe with issues core to the America First agenda. Her commitment to America's Second Amendment rights is unwavering, her support of individual liberty is resolute, and her defense of Pennsylvanians of all socio-economic statuses is robust. Yet, it is her righteous defense of the unborn that truly differentiates Kathy Barnette from Dr. Oz.

Dr. Oz’s inconsistent stance with regards to abortion is well-documented, yet not widely published. In 2019, Dr. Oz gave a ringing endorsement of abortion in an interview with the Breakfast Club where he stated defiantly that life did not begin at conception. He even went so far as to suggest that at six weeks “the heart [of an unborn child is] not beating” and that he wouldn’t want to “interfere” with someone else’s “stuff.” It appears Dr. Oz is willing to change his views in return for votes and doesn’t expect Americans to hold him accountable.

Even more recently, Dr. Oz couldn’t give a concrete answer concerning when life begins during an interview with Fox News, responding only that as a doctor he “appreciates the sanctity of life.” Furthermore, he expressed that his pro-life values seemingly end with three notable exceptions that that the conversation itself was a “rathole to get trapped” into.

Thankfully, during a recent debate, Kathy Barnette held Dr. Oz accountable for his previous statements, stating, as a byproduct of a rape herself, that her life is valuable, no matter how she was conceived. Dr. Oz’s defense was simply that his mother-in-law, who is apparently an ordained minister, “understands” that he is pro-life.

As a man of God, Scripture is clear in Revelations 3:16 stating “thou art lukewarm, and…I will spue thee out of my mouth.” Today, we have a president in the White House who embodies that which the Lord rejects: the lukewarm. The Biden Administration’s defense of the slaughter of the unborn—and the genocide of Black babies—is the source of the problems facing the American people today. Our nation has not put a line in the sand in defense of righteousness and although this problem is widespread throughout the Democrat Party, Dr. Oz, and his rhetoric against the unborn, is no different.

As conservatives and Republicans, it is time we start supporting men and women of God and rally behind a true Black female voice of the people that can help counter the dangerous narratives of the Left. We cannot afford to be lukewarm, as the challenges facing our nation are too great. Kathy Barnette not only embodies the very spirit of America but is true to the godly principles that founded our great nation. I believe President Trump got this one wrong and I pray that Trump starts to use his God-ordained influence to uplift men and women of God; while shying away from supporting those who carry the AntiChrist spirit.

The Lord tells us in 1 John 4:1 “Beloved, believe not every spirit, but try the spirits whether they are of God: because many false prophets are gone out into the world” and given Dr. Oz’s flip flop on abortion, it is clear he is not worthy of President Trump’s endorsement nor a man of Christ.

Yet, as the Republican primary in Pennsylvania draws to a close, there is one person who is truly a woman of faith and true America First conservative: Kathy Barnette.