Ilana Mercer
|
Posted: Sep 14, 2018 12:01 AM
Share   Tweet
The opinions expressed by columnists are their own and do not necessarily represent the views of Townhall.com. 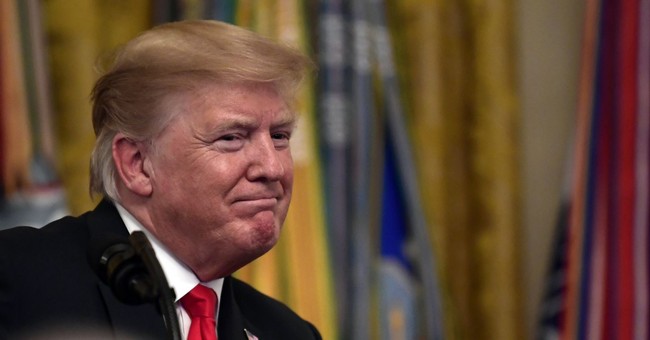 It takes no time at all. You listen to Bob Woodward’s halting speech. You read his lumpen prose, and you get right away what undergirds his Trump-phobic tome, “Fear: Trump in the White House.”

Naively, the president had expected to fulfill his revolutionary campaign promises to the American voters, an assumption that threw Woodward and the D.C. elites for a loop.

If past is prologue, voters don’t—and should not—get their way. After all, the views of Trump voters on American power are polar opposites of those held by the permanent state.

What does "Boobus Americanus" know? Nothing!

Woodward and the New York Times’ anonymous anti-Trump whistleblower consider the president to be stark raving bonkers for not grasping that Rome on the Potomac moves to its own beat. It does not respond to voters, except to mollify them with "bread and circuses."

Mostly reflexively, not always consciously, The Powers That Be seek to retain and enlarge their sphere of influence. Nothing, not even the venerated vote, is allowed to alter that “balance.”

This means that established fiefdoms and the “thinking” underlying them are to remain unchanged and unchallenged. Foreign affairs, war-making, the post-war economic order and globally guided crony capitalism are examples.

Against this command-and-control apparatus, 60 million Americans rebelled. They liked Trump’s America First ideas enough to elect their champion as president.

The president promised to upend “the post-1945 rules-based international order,” and Deplorables applauded him for it.

Had Woodward and his publisher missed the 2016 Trump Revolution?

Incredulous, Woodward grumbled at one Fox News host: “People need to wake up to what's happening under Trump.”

Again, Woodward is hardly original in his endeavor. In the tradition of the Never Trump Resistance, within and without the administration, he and those for whom he speaks have resolved to thwart and discredit the political plank on which Trump ran.

The washed-out journalist then blurted out this in disbelief: “Trump said the ‘World Trade Organization is the worst organization in the world.’”

Hyperbole? Maybe. The FBI under James Comey, Andrew McCabe and now Christopher Wray are easily worse than the WTO.

Like the New York Times’ anonymous, op-ed writer, purportedly a member of the Trump administration, Woodward is exposing the Trump White House for nothing more than its attempts to fulfill voter demands.

Withdrawing from the North American Free Trade Agreement was one such goal.

These senile subversives would like you to believe the president is insane for expecting to move on promises made to American voters. If not to withdraw from international agreements that have compromised ordinary Americans, at least to rework them so they don’t further pauperize our workers.

Who can argue that successive U.S. administrations had ceded the sovereignty of citizens to various supranational systems through international treaty making?

That Deplorables wished to reclaim their sovereignty is nevertheless news to seasoned newsman Bob Woodward.

The Woodwards of the D.C. Swamp want multilateral trade agreements maintained. The smart set call it “sovereign multilateralism,” which is Orwellian for a loss of citizen sovereignty through undemocratic, international treaties.

American workers don’t want their interests lost in this maze of multilateralism.

Thank goodness, gasps Woodward, that the globalist grandees with whom he stands so courageously, and who surround the president saved the day:

“[D]rafts of a proposal to get out of the Paris climate accord … were removed from the president's desk,” Woodward says. "[There were] draft statements about withdrawing from the North American Free Trade Agreement—which would have been a disaster—and [former economic adviser Gary] Cohn just took it off the desk."

To repeat, this was promised on the campaign trail and in Trump position papers. We now know who stole those promises from the American people.

In fact, until Woodward’s revelation, I was under the impression that, in June of 2017, President Trump had extricated the U.S. from the Paris Accord!

The thing was nothing but a wealth grab from the constituents Trump vowed to protect, with no benefits to the environment, which we all cherish. Besides, the U.S. has strong in-house environmental protections, including emission controls.

Thanks to Woodward, we now know that the ditching of the Paris Accord never happened.

This yellow-bellied purveyor of yellow journalism claims to be a “senior official in the Trump administration,” who “vowed to thwart parts of [the Trump voters’] agenda and temper the president’s “worst inclinations.” (All the good things listed above.)

We thank you, oh overlord who art in D.C.

In his piece of pomposity, this anti-Trump White House employee invoked scripted party policy for his screed, while congratulating himself for being a “first principles” guy or gal (or amalgam).

He, too, has cast as dangerous the Trump positions millions of American voters considered wise. To wit, diplomacy with “President Vladimir Putin of Russia and North Korea’s leader, Kim Jong-un” and a cessation of America’s hobby wars.

We Deplorables disagree with the New York Times’ unelected, “lodestar” for all things honorable and conservative.

Never Trumpers and Trump haters are on a quest to scuttle an agenda seconded by millions of American voters. To them, the positions emanating from the Trump White House are a crisis of crazy.

To these saboteurs of the president, “crazy” is, very plainly, keeping campaign promises.