Apartheid In Black And White: Survivalism, Not Racism - Part II

Ilana Mercer
|
Posted: Sep 07, 2018 12:01 AM
Share   Tweet
The opinions expressed by columnists are their own and do not necessarily represent the views of Townhall.com. 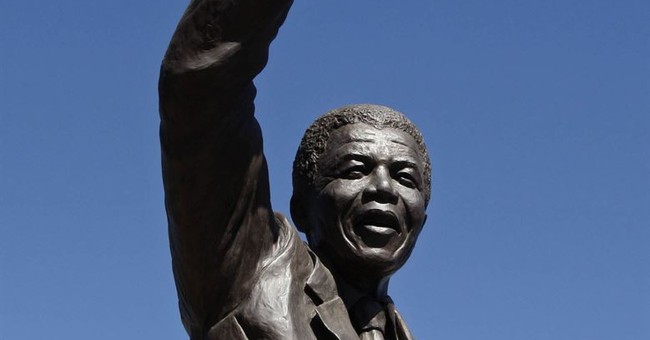 Editor’s note: Part one can be found here: “Apartheid In Black And White: Truth About The Afrikaner.”

Author's note: This is a historical account of how the Afrikaner intelligentsia viewed a policy against which the writer and her family fought. A writer need not agree with it to chronicle and analyze it.

Monomaniacal Westerners—they have one thing on their minds: it begins with an “R”—have come to think and speak of apartheid as a theory of white supremacy.

The policy of “separate development,” as it was admittedly euphemized, was not a theory of racial supremacy, but a strategy for survival.

But first: To perceive the fundamental way in which the Afrikaner and American creeds differed early on we must first examine the former’s ideas of what a nation and a state were, respectively.

America, being a rib from the British ribcage, was built on liberal individualism; Afrikaner culture was first and foremost grounded in the survival of the Volk.

This is not to say that Afrikaners were not fiercely individualistic; they were, even more so than early Americans.

For the Boers, however, the nation encompassed “the land, the culture, the terrain, the people.” The state, on the other hand, had no such prestige for the Boers, who regarded it as just “the coercive apparatus of bureaucrats and politicians.” Against this apparatus, above all, the Boer rebelled.

The 19th century found him still resisting majority rule, by which time Americans had thoroughly submitted to it. Although the Boer’s outlook remained passionately political, his preference was for parochial self-rule.

It might be said, then, that if in the Americans the vagaries of the frontier bred an atomistic individualism, those same vagaries bred in the Afrikaner a very different attitude, namely, a keen sense of the collective and the need to preserve it. “The worth of the nation is even higher than the worth of the individual,” exclaimed one Volk philosopher.

To the existential threat which they faced on the Dark Continent, Afrikaners therefore responded by circling the wagons metaphorically (much as they had done, literally, during the 1830s) and devising the corpus of racial laws known as apartheid.

“We shall fight for our existence and the world must know it. We are not fighting for money or possessions. We are fighting for the life of our people,” thundered Prime Minister Hendrik Verwoerd (1958 - 1966).

Prime Minister D. F. Malan (1948 - 1954) had already used different words for the same sentiment, announcing his devotion to, “My God, my people, my country.”

Malan’s successor, Prime Minister Strijdom (1954 - 1958), believed unswervingly that if they were to survive as a group, the whites of South Africa would need to retain a position of guardianship, and that ultimately, white hegemony was indispensable for the good of all.

The Cape Town-Stellenbosch axis of the nationalist intelligentsia, which was the most influential lobby in Malan’s National Party (NP), almost without exception defended apartheid not as an expression of white superiority but on the grounds of its assumed capacity to reduce conflict by curtailing points of interracial contact.

The intellectuals who heralded from the University of Stellenbosch phrased the issue thus:

“The granting of political rights to the Bantu, of the kind which would satisfy their political aspirations, was altogether impossible in a mixed community, since such a step would endanger the … survival of the European population. If this danger was to be avoided, and at the same time the Europeans were not to violate their own conscience and moral standards, a policy of separate development would prove the only alternative.”

To that end, a “tortuous social structure” was erected to keep blacks from forming a political majority in South Africa proper. Africans were assigned to homelands in accordance with tribal affiliation, still a central organizing principle across Africa. These “black satrapies” were to function as “national and political homes for the different Bantu communities”; in the “Bantustans,” blacks were to exercise political rights.

Hermann Giliomee—author of the grand historical synthesis, “The Afrikaners: Biography of a People”—agrees that Afrikaner anxieties were overwhelmingly existential, rather than racial. Giliomee is adamant that the apartheid policy did not spring from “racist convictions or antiquated religious doctrines” (even if these convictions were at times present in specific Afrikaners themselves), but from an overriding need for security. For leading thinkers in the NP such arguments almost completely missed the point because the security of the Afrikaners as a dominant minority, and not as a race per se, was what concerned them.

Giliomee, a liberal historian who opposed apartheid (as this writer did), contends that “apartheid was not uniquely abhorrent and had much in common with Western colonialism and American segregation.” Another of the historian’s apparent heresies has it that “attempts to depict the nationalist leaders as proto-fascists showed a poor understanding of both the Nazi and the Afrikaner nationalist movement.”

In retrospect, it is easy for me to see the merits of Giliomee’s argument for “the essential moderation of Afrikaner nationalism.” Anybody who lived, as I had lived, among Afrikaners during the apartheid era can testify that crime and communism were foremost on their minds.

To rationalize the Kafkaesque laws of apartheid, Afrikaners spoke of the Swart Gevaar (which meant the “Black Threat”), and of the Rooi Gevaar (the “Red Threat”).

My Afrikaner friends would regularly admonish the American mindset for its incipient liberalism: “They demand majority rule, but look around you at the rest of Africa! Anglos simply don’t understand what’s at stake.”

Citations are in “Into the Cannibal’s Pot: Lessons For America From Post-Apartheid South-Africa” (2011) by ilana mercer