Ilana Mercer
|
Posted: Aug 22, 2016 12:01 AM
Share   Tweet
The opinions expressed by columnists are their own and do not necessarily represent the views of Townhall.com. 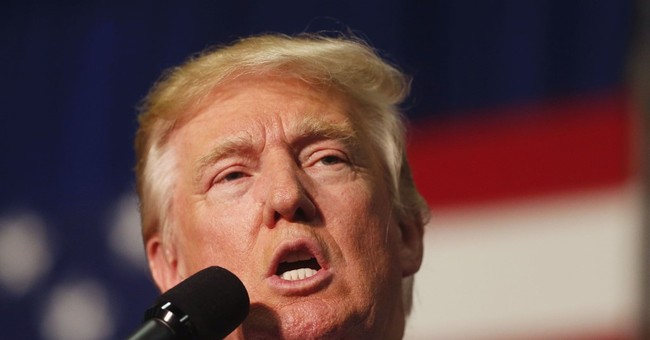 We are going to take our country back.

Government will listen to the people again. The voters, not the special interests, will be in charge. Ours will be a government of, by, and for the people.

Our economy will grow. Jobs will come back. New factories will stretch all across the nation.

Families will be safe and secure. Crime will go down. Law and order will be restored to these United States of America.

In Charlotte, NC, on August 18, Trump spoke of embracing weeping parents whose kids were killed by illegal immigrants. Immigration laws will be enforced, he promised. Make every city a Sanctuary City for Americans, not their killers (OK, the last line is mine).

We're going to reject globalism and put America first. The era of nation building is over.

It's hard to keep up with all the impassioned addresses the high-energy Mr. Trump has given in the last week. However, his law-and-order speech in Charlotte was especially phenomenal, because so very basic:

One thing I'll promise you, I will always tell you the truth. I will speak on behalf of the voiceless, return the government to the people; give the people their voice back. I will never let you down.

Let our kids be Dreamers too, suggested Trump. He was alluding to the affectionate legislation and terminology developed by the New York-Washington axis of power for its young, illegal-alien protégés.

In Trump you have a political outsider, despised by the media-congressional-donor complex, talking to the multitudes living in Rome's provinces and groaning under the burden of its policies. To this voiceless Common American is Trump vowing to give a voice.

Also in Charlotte, Trump said he'd never put special interests before American interests, pointing out that none controlled him. "My only interest is the American people."

And from West Bend, Wisconsin, where Trump materialized on August 16, he declared: "I'm with you, the American People. We'll once again be a country of law-and-order and unparalleled successes. I'm with you; I'll fight for you; I'll win for you."

The American scheme of government was meant to be pretty basic—more about what government was to refrain from doing to its people than what it was to do for them. America's Silent Majority is hankering for pitifully fundamental things from a government that has forgotten this.

As I argue in "The Trump Revolution: The Donald's Creative Destruction Reconstructed," Trump is no “visionary vis-à-vis government." If anything, "he is practical and pragmatic. He wants a fix for Americans, not a fantasy."

In "The Trump Revolution," I attempted to place this hankering for things simple and universal within a uniquely American framework. This led me to posit a thesis invoking a concept developed by one of America’s greatest political thinkers, in the estimation of historian Clyde N. Wilson. The concept is that of the concurrent majority. The thinker is John C. Calhoun.

In A Disquisition on Government, published in 1851, Calhoun developed the profound idea of “two different modes in which the sense of the community may be taken.” The one “regards numbers only.” The other invokes an entirely different quality or dimension, over and above the “numbers.”

“The former of these,” Calhoun termed “the numerical or absolute majority”; the latter “the concurrent or constitutional majority.” The numerical majority “regards numbers only, and considers the whole community as a unit, having but one common interest throughout.”

Conversely, the constitutional majority considers “the community as made up of different and conflicting interests, as far as the action of the government is concerned.”

“So great is the difference, politically speaking, between the two majorities,” cautioned Calhoun, “that they cannot be confounded, without leading to great and fatal errors.”

The numerical majority Calhoun associated with the “tendency to oppression and abuse of power.” He recommended that “the numerical majority … be [but] one of the elements of a constitutional democracy,” but advised that “to make it the sole element, in order to perfect the constitution and make the government more popular, is one of the greatest and most fatal of political errors.”

As early as 1851, the prescient Calhoun was able to categorically state: “[T]he numerical majority will divide the community … into two great parties, which will be engaged in perpetual struggles to obtain the control of the government.” It was to the concurrent majority that Calhoun looked for unity and transcendence, for it united “the most opposite and conflicting interests,” so that “instead of faction, strife, and struggle for party ascendency, there would be patriotism, nationality, harmony, and a struggle only for supremacy in promoting the common good of the whole.”

Could Donald J. Trump be tapping into our country’s still-extant concurrent majority?

Could Trump be uniting the American Tower of Babble behind things true and shared? These are: Economic prosperity, national pride and unity, the pursuit of comity and fair commerce with the nations of the world—without compulsion to control them or save them from themselves—and a yen for recognizable neighborhoods. The last demands less Islam and immigration, and an end to the transformation of communities through centrally planned, mass immigration.

Given the disparate groups rooting for Donald Trump’s candidacy; it would appear that he may have awakened what John Calhoun called the concurrent majority.