Humberto Fontova
|
Posted: Jun 19, 2021 12:01 AM
Share   Tweet
The opinions expressed by columnists are their own and do not necessarily represent the views of Townhall.com. 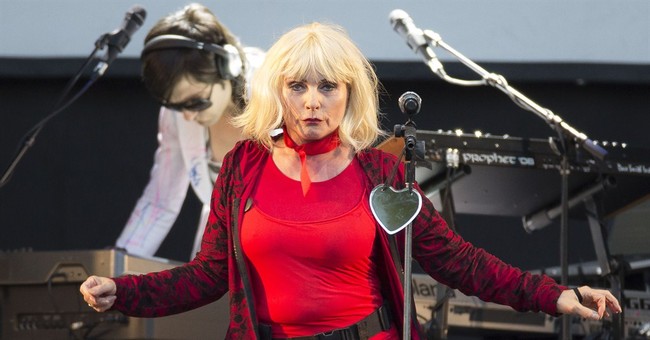 “Blondie has shared a new clip from their upcoming short film, Blondie: Vivir En La Habana, which chronicles the band’s 2019 trip to Cuba...They had been invited to perform in Havana as part of a four-day cultural exchange event through the Cuban Ministry of Culture…Along with museum visits and architecture tours, the trip included two Blondie shows at Havana’s Teatro Mella. Blondie: Vivir En La Habana had its North American premiere at the Tribeca Film Festival, which is taking place in New York City through June 20th.”  (From Rolling Stone magazine, 6/17.)

In other words:  Apparatchiks of the police state that jailed and tortured the most and longest–suffering gay, black and female political prisoners in the modern history of the Western hemisphere—after carefully vetting the historic political posturing of these politically-vocal ultra-hipsters—concluded that Debbie Harry and Blondie were a sure bet to help promote the Stalinist, terror-sponsoring regime’s international image and financial condition by boosting their economically-vital tourism campaign.

“Che Guevara and Fidel Castro are fascinating, enigmatic political heroes and antiheroes in the United States for the most part. It was always very attractive to me…”  This was “Feminist” rock star Debbie Harry rhapsodizing over the co-founders of the only regime in the history of the Western Hemisphere to criminalize rock music, herd its practitioners and fans into forced-labor caps at Soviet bayonet point while jailing and torturing the most and longest–suffering female political prisoner in the modern history of the Western Hemisphere.)

Not that Ms. Harry is exactly nonchalant about the suffering of people at the hands of their political leaders. Not at all: “Debbie Harry: 'Americans are suffering at the hands of President Trump…I think we are suffering from his (Trump’s) lack of acknowledgement of the seriousness and the desperation of the people, and the fact that he is a racist is unacceptable,” was how Harry referred to the freely-elected president of the free nation that made her a millionaire.

“Racism,” in Harry’s view does not apply to the regime which jailed many more black political prisoners for longer and under much more horrible conditions than apartheid-era South Africa incarcerated Nelson Mandela. And “desperation” in no way applies to the subjects of the totalitarian regime she’s promoting. Never mind that over 10 times (and counting) the number of Cubans have died trying to escape Che Guevara and Fidel Castro’s (her “political heroes,” remember) handiwork as to died trying to escape East Germany—and this from a nation that previously attracted immigrants at a slightly higher rate as the U.S.  (I refer here to pre-Castro Cuba.)

As often explained hereabouts, Cuba’s tourism industry and infrastructure is majority-owned by the Stalinist regime’s military, and secret police--which is to say, by prominent members of the Castro family itself.

Oh, I know, I know, the stenographers (granted, they fancy themselves “reporters”) in the Fake News Media with Havana bureaus have dutifully transcribed their memos from the Castro regime’s propaganda ministry and thus swear up and down that Cuba is currently run by a non-Castro named Miguel Diaz-Canel.

What a joke. Here at Townhall we’ve already outed this pathetic puppet of a “Cuban President” for the sniveling Castro family eunuch he actually is.

And speaking of “cultural-exchanges” with Stalinist regimes:

“Cultural exchanges with foreign countries are our most effective propaganda.” (Soviet KGB document dated May 20, 1981, discovered and translated by Vladimir Bukovsky.)

Instead “rockers” Debbie Harry and her bandmates might benefit from “cultural exchanges” with some Cuban rock fans such as Charlie Bravo:

“When Castro’s goons caught me with a Led Zeppelin record, they led me to a Stairway alright—but at bayonet-point and this stairway hardly led to Heaven, instead it led down into a dark jail cell.”

On the orders of Harry’s heartthrobs, Charlie was joined by tens of thousands of other Cuban youths. A few years earlier the hundreds of Soviet KGB and East German STASI "consultants" who flooded Cuba in the early '60s, found an extremely eager acolyte in Harry’s idol Che Guevara.

You see, amigos: traditionally in the Castro fiefdom rock and pop music was denounced as a “yankee-imperialist” subversion. Sure, here in America we had the much-dreaded and maligned (by leftists) Legion of Decency, Hay’s Code, Catholic League, etc. But the much-admired (by leftists) Castro regime went a bit further than finger-wagging sermons and government lobbying by a few church ladies. They even went further than Ed Sullivan issuing a few admonitions before his rocker guests took to his stage (as happened to the Rolling Stones in 1967 before they performed "Let’s Spend the Night Together.")

Instead, the (much admired by hipsters) Castro regime simply rounded up Cuban “roqueros” (rock-music fans), blue-jean wearers, draft-dodgers, gays and other such “long-haired, hippie-types” en-masse and herded them into Soviet-designed forced-labor camps. "Work Will Make Men Out of You," read the sign in bold letters above the gate, beside the machine gunners posted all along the watchtowers. The initials for these camps were UMAP, not GULAG, but the conditions were quite similar.

“Youth must refrain from ungrateful questioning of governmental mandates!” commanded Harry’s honeybunch and hipster youth icon Che Guevara. “Instead, they must dedicate themselves to study, work, and military service!” “Youth,” commanded this icon of “do-your-own-thing” hipsters “should learn to think and act as a mass!”

In a famous speech, Che Guevara even vowed “to make individualism disappear from Cuba! It is criminal to think of individuals!”

'What!' you say. Young people 'destroying images of Che Guevara? But how could such a thing be?'

Easy. Unlike for Alexandria Ocasio-Cortez voters, for Cuban youths who were forced by fate to actually live under socialism, the impulse to destroy Che Guevara’s image is irresistible, believe me.