Humberto Fontova
|
Posted: Mar 06, 2021 12:01 AM
Share   Tweet
The opinions expressed by columnists are their own and do not necessarily represent the views of Townhall.com. 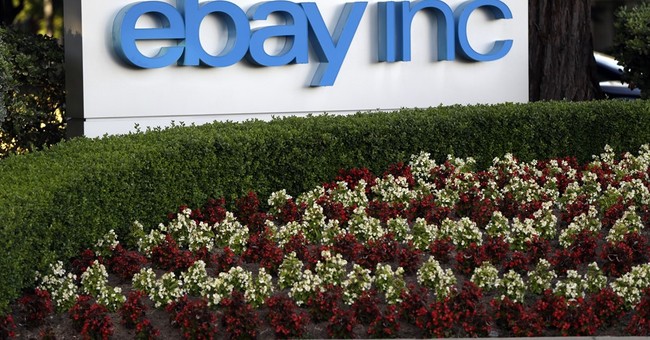 “EBay scraps ‘canceled’ Dr. Seuss books from site—eBay is barring users from reselling the six Dr. Seuss books that will no longer be printed due to their “racist” imagery…eBay is currently sweeping our marketplace to remove these items,” an eBay spokeswoman told the WSJ,” the New York Post reported this week.

Now feast your eyes on these eBay products, a total of 5400 items promoting Che Guevara, whose lifelong obsession was the destruction of the nation that made eBay founder (French-born) Pierre Omigyar a multi-billionaire!

And speaking of “hatred”:

“Hatred is the central element of our struggle!... Hatred that is intransigent….Hatred so violent that it propels a human being beyond his natural limitations, making him violent and cold- blooded killing machine!” (Thus spaketh the icon of flower-children.)

And speaking of violence:

“We reject any peaceful approach. Violence is inevitable. To establish Socialism rivers of blood must flow. The victory of Socialism is well worth millions of atomic victims!” (Thus spaketh the leftish idol promoted by eBay to the tune of almost 5,500 items.)

And speaking of discrimination:

“The Negro is indolent and spends his money on frivolities and drink; the European is forward-looking, organized and intelligent…The Negro has maintained his racial purity by his well known habit of avoiding baths.” That’s from Che Guevara’s vey diaries, which—needless to add—eBay proudly merchants.

"‘N**ger!’ taunted my jailers between tortures,” recalled the world’s longest suffering black political prisoner to this writer. "‘We pulled you down from the trees and cut off your tail!’ laughed my torturers. For months I was naked in a 6 x 4 foot cell. That's four feet high, so you couldn't stand. But I felt a great freedom inside myself. I refused to commit spiritual suicide.”

That wasn’t Nelson Mandela. No, the prisoner was a black Cuban named Eusebio Peñalver, whose incarceration and torture at the hands of the regime eBay merchants in 5,400 items stretched to 29 years, surpassing Nelson Mandela's record in time behind bars and probably quintupling the horrors suffered by Mandela in his (relative to Cuba’s) country-club prisons. In fact the emblem (Che Guevara) that eBay proudly merchants represents the regime that jailed and tortured the most and longest suffering black political prisoners in the history of the Western hemisphere—many more than were jailed for political offenses by Apartheid South Africa.

Che Guevara’s hate-obsession was actually the U.S. (again, the nation that made eBay’s founder a multi-billionaire). He murdered Cubans because of their supposed affiliation with the U.S. ("U.S.-backed" Batista, the CIA, etc.) So as a public service to eBay shoppers of other than Cuban-American heritage, here are more ravings from the racist, Stalinist mass-murderer whose writings and visage eBay has no objection to promoting:

*“The U.S. is a carnivorous animal feeding on the helpless!”

*“Against those hyenas there is no option but extermination!”

*“We must keep our hatred (against the U.S.) alive and fan it to paroxysm!”

*“The U.S. is the perpetrator of exploitation and oppression against all the peoples of the world!”

“If the nuclear missiles had remained (in Cuba) we would have fired them against the heart of the U.S. including New York City. The victory of socialism is well worth millions of atomic victims."

According to the Cuba Archive, the regime co-founded by Che Guevara – with firing squads, forced-labor camps, torture and drownings at sea – has caused an estimated 102,000 deaths, mostly Cuban of course. But whenever they could get their hands on an American “hyena” they really indulged. To wit:

Castro and Che’s blood-lust against Americans was such that they sent their torturers thousands of miles to get their hands on (defenseless) ones. According to the book Honor Bound, the tortures of U.S. POWs by Castro’s agents were “the worst sieges of torture any American withstood in Hanoi.”

Testimony during congressional hearings titled, "The Cuban Torture Program; Torture of American Prisoners by Cuban Agents" held on November 1999 provide some of the harrowing details.

"The difference between the Vietnamese and "Fidel (the nickname for the Castroite torturer) was that once the Vietnamese got what they wanted they let up, at least for a while,” testified fellow POW Captain Ray Vohden USN. “Not so with the Cubans. Earl Cobeil had resisted 'Fidel' to the maximum. I heard the thud of the belt falling on Cobeil's body again and again, as Fidel screamed "you son of a beech! I will show you! Kneel down!—KNEEL DOWN!” The Cubans unmercifully beat a mentally defenseless, sick American naval pilot to death."

"Earl Cobeil was a complete physical disaster when we saw him," testified another fellow POW, Col. Jack Bomar. "He had been tortured for days and days and days. His hands were almost severed from the manacles. He had bamboo in his shins. All kinds of welts up and down all over; his face was bloody. Then 'Fidel' began to beat him with a fan belt.”

Today the world's largest Che mural (the same image eBay proudly merchants in 5,400 different forms) adorns Cuba's Ministry of the Interior, the headquarters for the torture-chambers of Cuba's KGB- trained secret police. Nothing could be more fitting.

Alas, eBay, a corrective for all this “ignorance” does exist.