Humberto Fontova
|
Posted: Nov 23, 2019 12:01 AM
Share   Tweet
The opinions expressed by columnists are their own and do not necessarily represent the views of Townhall.com. 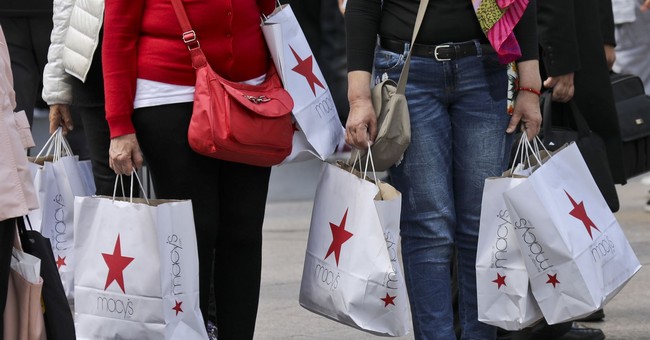 On the morning of November 17th, 1962, FBI headquarters in Washington D.C. took on “all the trappings of a military command post,” according to historian William Breuer. The previous night an intelligence puzzle had finally come together. The resulting picture staggered the FBI men. And these had served at their posts during WWII and the height of the Cold War. They’d seen plenty. Now they had mere days to foil a crime against their nation to rival Hideki Tojo’s.

At the time (pre-Mueller and Comey), the FBI relied heavily on “HUMINT” (Human Intelligence.) So they’d expertly penetrated the plot, identified the ringleaders and had them tapped.

Like hawks on a perch they’d been watching the plot unfold, sweating bullets the whole time. It was nearing time to swoop down on Fidel Castro and Che Guevara’s agents, who were busy with a terror plot that would have made Al Qaeda and ISIS drool decades later.

Alan Belmont was second to J Edgar Hoover at the time. Raymond Wannall headed the Bureau’s Intelligence Division. That nerve-jangling morning both were in Belmont’s office just down the hall from Hoover’s. Both were burning up the telephone lines to their agents in New York. On one phone they had Special Agent John Malone who ran the New York field office. On other lines they talked with several carloads of FBI agents slinking around Manhattan. These were keeping a touch-and-go, but more or less constant, surveillance on the ringleaders of the monstrous Cuban terror plot.

You see amigos: Castro’s agents had targeted Macy’s, Gimbels, Bloomingdales, and Manhattan’s Grand Central Station with a dozen incendiary devices and 500 kilos of TNT. The holocaust was set for detonation the following week, on the day after Thanksgiving.

A little perspective: For their famous March 2004 Madrid subway blasts, all 10 of them, which killed and maimed almost 2,000 people, al-Qaeda used a grand total of 100 kilos of TNT. Castro and Che’s agents planned to set off five times that amount of explosive power in the three biggest department stores on earth, all packed to suffocation and pulsing with holiday cheer on the year’s biggest shopping day. Macy’s gets 50,000 shoppers that one day. Thousands of New Yorkers, including women and children—actually, given the date and targets, probably mostly women and children—were to be incinerated and entombed. (“We greeted each other as old friends,” gushed Jimmy Carter when visiting Fidel Castro in 2002.)

One by one the ringleaders were methodically ambushed. The first was named Roberto Santiesteban, who worked as a Cuban “diplomat” at the UN. He was nabbed while walking down Riverside Drive. As the agents closed in, Santiesteban saw them and took off while jamming paper in his mouth and chewing furiously.

But six FBI agents were after him, all fleet of foot themselves. Finally they closed the ring and “triangulated” the suspect. Santiesteban fell, raging and cursing, flailing his arms and jabbing his elbows like a maniac. They grabbed his arm and bent it behind his back just as he was reaching for his pistol.

Among the other apprehended terrorist ringleaders were two KGB-trained Cuban agents who also worked as “diplomats” in Cuba’s UN mission. Their names were Jose Gomez-Abad and Elsa Montero. Alas, all these “diplomats” enjoyed “diplomatic immunity” and were soon back in Cuba as heroes instead of in electric chairs at Sing Sing.

“Elsa Montero and Jose Gomez Abad championed this project,” is a phrase that appears in the acknowledgements to a book titled, "Inside the Cuban Revolution" by the Council on Foreign Relations Senior Fellow and Fake News Media commentator Dr. Julia Sweig. “In Cuba many people spent long hours with me, helped open doors I could not have pushed through myself."

Among many other scholarly accomplishments, according to her own CV, “Dr. Sweig…helped lay the groundwork for President Obama’s current (Cuba) policy initiative.”

“Julia Sweig is director for Latin America studies at the Council on Foreign Relations,” is how NPR introduces this favorite quest commentator of theirs.

“Julia Sweig heads the Latin American division for the Council on Foreign Relations," is how Stephen Colbert introduces her on his show.

“Julia E. Sweig is senior fellow and director of Latin America studies at the Council on Foreign Relations," is The New York Times’s intro.

And CBS proudly claims Julia Sweig as their very own “CBS News Analyst.”

Can you imagine the blockbuster Hollywood could put together about this plot—if only they could cast the villains as “right-wingers!”