Humberto Fontova
|
Posted: Mar 31, 2018 12:01 AM
Share   Tweet
The opinions expressed by columnists are their own and do not necessarily represent the views of Townhall.com. 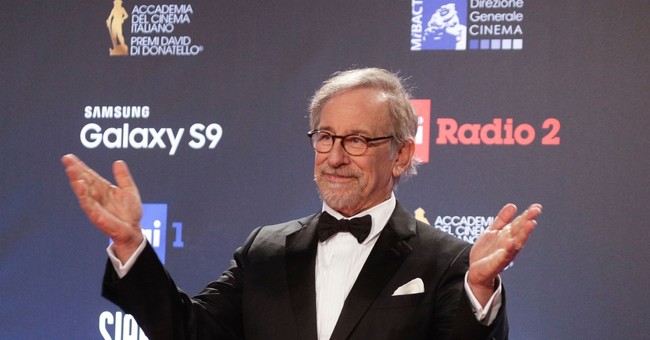 "It was an extraordinary experience…We were so proud of every speaker….Emma Gonzalez's six and-a-half minutes of silence was profound. Everybody was crying."  (Steven Spielberg, March 27.)

“My dinner with Fidel Castro were the eight most important hours of my life!” (Steven Spielberg rhapsodizing about his visit to Cuba and meeting with the Stalinist, gun-outlawing, mass-murderer Fidel Castro in 2002.)

Emma Gonzalez, in case you hadn’t heard, is the daughter of a refugee who graciously found refuge in Second Amendment-blessed America from gun-outlawing Cuba. “Better” still the propaganda ministry of the totalitarian, terror-sponsoring Castro regime has adopted Emma Gonzalez as a cause célèbre, repeatedly running kudos to her manifold virtues, as interpreted by KGB-trained Stalinist apparatchiks.

Among the latest of these Communist-media odes to Emma Gonzalez we find her hailed in an article about “women worldwide who are making a difference!” In this communist-composed tribute Gonzalez basks in glory alongside such luminaries as Kim Jo Yong, sister and Stalinist accomplice of North Korea’s maniacal, nuke-rattling, mass-murdering, terror-sponsoring dictator Kim Jong-un.

Also hailed alongside Emma Gonzalez by Castro’s media is Delcy Rodriguez, “President” (rubber-stamper) of the “National Assembly” (gaggle of eunuch rubber-stampers) in the socialist, gun-outlawing, Cuban-satrapy of Venezuela. Gonzalez also shares the Cuban-media glory alongside Sandinista/Communist/terrorist Rosario Murillo who today serves as Vice president’ of the narco-state of Nicaragua.

Now, if Emma Gonzalez were really the reincarnation of Martha Washington, Marie Curie, Susan B. Anthony, Rosie the Riveter, Amelia Earhart, Rosa Parks, Florence Nightingale and Wonder Woman, as we’re given to understand daily (almost hourly, actually) by the FAKE news media –if her heart and motives were really that altruistic and golden, her dedication and courage so monumental, her maturity and wisdom so superlative-- you’d think she’d be upset.

You’d think that finding herself rubbing shoulders with such a pantheon of Stalinists and terrorists would offend her. (Or her parents.)

HAH!... In fact, no hint of any “disavowal” of this communist-championship has emerged from the same media which is lately at the Gonzalez family’s daily (hourly, actually) beck and call.

And speaking of Steven Spielberg. You’d really, REALLY think an ultra- famous film director who directed such as John Belushi, Dan Akroyd (1941) and also directed movies about the victims of gun-outlawing  regimes (Schindler’s List) would  have recognized the thundering irony of Gonzalez’s theatrics, of her adoption by the media of a totalitarian regime and maybe even commissioned a film script to lampoon it.

HAH!...think again. Instead Spielberg is famous for this:

“My dinner with Fidel Castro were the eight most important hours of my life!” (Steven Spielberg rhapsodizing about his visit to Cuba and meeting with the Stalinist, gun-outlawing, mass-murderer Fidel Castro in 2002.)

Upon my publicizing of Spielberg’s quote in my book Fidel; Hollywood’s Favorite Tyrant the Hollywood agent who arranged Spielberg’s trip to Castro’s fiefdom promptly notified me that Spielberg had uttered nothing of the sort. Therefore I should retract that statement from my writings.

Castro’s own media, explained the late Mr. Stephen Rivers (formerly with Creative Artists Agency), had concocted the Spielberg quote from thin air. So there was absolutely no truth to it.

“Well, what you’re telling me actually makes my point better than the quote genuinely issuing from Spielberg,” I replied to the high-rolling Stephen Rivers, who also represented Michael Ovitz.  My writings document that Fidel Castro is a master propagandist and that his KGB/STASI- trained secret services specialize in obtaining many such statements from many such luminaries, voluntarily or often as a result of various forms of persuasion (i.e. blackmail.)

“So the proper — and especially, the logical — course of action (if Mr. Spielberg had indeed been thusly swindled) was for Mr. Spielberg or his agent, to make Fidel Castro’s treachery known publicly. After all, Mr. Spielberg (supposedly) was the aggrieved party here and the damage (from what Mr. Rivers was telling me) had been inflicted maliciously by the secret services of a Stalinist regime.”

But there is no record that Mr. Rivers, Mr. Spielberg or any of their spokespersons ever clarified this issue publicly in the mainstream media, which didn’t surprise me then, and became even clearer upon Mr Stephen Rivers’ passing in 2010.

Essentially Stephen Rivers was Hollywood’s “go-to guy” when planning a visit to Fidel Castro’s fiefdom, a meeting with his communist functionaries, or even a coveted audience with the mass-murderer himself, as generously bequeathed to Spielberg.

Well before Obama’s “opening” to Cuba, Stephen Rivers had managed to visit Castro’s island fiefdom over two dozen times over the course of a few years. When Mr. Stephen Rivers passed away in June of 2010 his friends and clients poured forth the eulogies:

“Stephen Rivers was a man committed to the truth,” wrote Oliver Stone, “wanting the best for the United States, and digging away at the hypocrisy of so much of our political and media leadership.…I will miss him deeply.”

But the most effusive eulogy was published in the Huffington post by Castro-regime apparatchik margarita Alarcon. Yes, amigos, in case you hadn’t heard, the Huffington Post employs high-ranking apparatchiks of the Castro regime, while trying to disguise their true identity.