CBS Lies Through Their Teeth About Cuba’s Hurricane Irma Preparedness

Humberto Fontova
|
Posted: Sep 09, 2017 12:01 AM
Share   Tweet
The opinions expressed by columnists are their own and do not necessarily represent the views of Townhall.com. 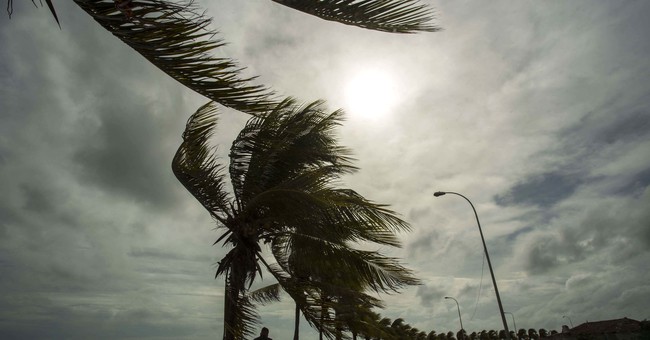 “Cuba normally gears up quickly for storms with constant advisories on TV and radio urging people to prepare. The Civil Defense, run by a general and the military, jumps into action to evacuate people and animals from low-lying areas, to move food supplies to higher ground, harvest crops quickly and distribute the monthly food rations to people before the storm hits.” (CBS News. Sept. 8.)

In fact, as late as the night of Sept. 5th with Hurricane Irma forecast to rake the entire island of Cuba from end to end, many Cubans were completely unaware of the hurricane’s very existence!

Your humble servant confirmed this from many friends with family still in Cuba. Alarmed by the forecasts at mid-week, these U.S.-based friends called their Cuba-based relatives to ask about their preparations for the hurricane…

“What hurricane?” came the responses from Cuba. They hadn’t heard a thing about the looming catastrophe!

Seems the fine folks who graciously granted CBS’ their Cuba “press” bureau hadn’t gotten around to mentioning it! CBS, on the other hand, transcribes their Cuba “news” straight from communist propaganda apparatchiks.

But no big deal, right? What with all that free and fabulous health care Cubans enjoy (as constantly reported by CBS) what’s a little category 5 Hurricane?

Such shameless propagandizing for Castro is an old story for CBS actually. Shortly after Herbert Matthews of the New York Times made Fidel Castro an international pop star on the front page of the (at the time ) world's most important newspaper, CBS horned in on the act. The February 1957 NYT's headline article proclaimed that "Fidel Castro has strong ideas of liberty, democracy, social justice, the need to restore Cuba's Constitution....this amounts to a new deal for Cuba, radical, democratic and therefore anti-Communist."

Castro was by no means unappreciative but it was, after all, 1957. So the New York Times' own Walter Duranty's approach (print media) for celebrating Stalin 25 years earlier wouldn't cut it for this new-generation Stalin. Indeed, at the time, Cuba (that piteously backward little pesthole the New York Times described in their article) had practically the most TV's per capita in the world (surpassed only by Monaco, the U.S., Canada, and the United Kingdom). Fidel Castro perceived the power of that medium before most others. So he wanted his mug and message on the screen--and plenty pronto!

Taber (later a founding member of the Fair Play for Cuba Committee) emerged from Cuba's hills with a long reel and tape of Castro lies that his editor/producer Don Hewitt fashioned into a 30 minute CBS/Castro snow-job titled; Rebels of the Sierra Maestra: The Story of Cuba's Jungle Fighters, that ran on May 19, 1957. Fully half of the "report" consisted of Fidel Castro facing the camera and monologuing into the mic.

The liberties, rights, and blessings Castro planned for Cuba's people, as transmitted by CBS, made John Stuart Mill appear like Ivan the Terrible. Regarding Castro's heart-warming and eye-misting plans for Cuba--nary a rebuttal was to be heard on this blockbuster CBS "investigative report."

Two years later in 1959 while Che Guevara’s firing-squads (on Fidel Castro’s orders) murdered hundreds of Cubans per week, CBS was again on duty. This time the already sainted Edward Murrow interviewed Fidel Castro on his CBS show "See it Now" from Havana. By this time Castro had abolished habeas corpus, filled Cuba's jails with ten times the number of political prisoners as under Batista, and was murdering hundreds of Cubans by firing squad without due process.

But ah! Now Castro would face the valiant and intrepid pundit/interrogator who, employing his deadly verbal jabs, hooks, and uppercuts, had KO'd that arch-villain, Joe McCarthy, right?! Better be on your toes, Mr. Castro!

"That's a very cute puppy, Fidelito!" An (uncharacteristically) smiling Murrow tells Fidel’s son as the “interview” commences. Castro’s kid had skipped merrily on camera at his new "home" in the Havana Hilton and plopped on the lap of his loving and pajama-clad Papa Fidel. For the record, Castro had no "home" to speak of at the time. He slept in a different place almost every night, normally wore army fatigues instead of pajamas, and had never provided for his son.

Every night during the week that Murrow interviewed him, Fidel, Raul and Che repaired to their respective stolen mansions and met with Soviet GRU agents to button down the Stalinization of Cuba. More significantly, that Feb. of 1959, Murrow was fresh from a harangue to the Radio and Television News Directors Association of America, where he blasted television for "being used to delude us."