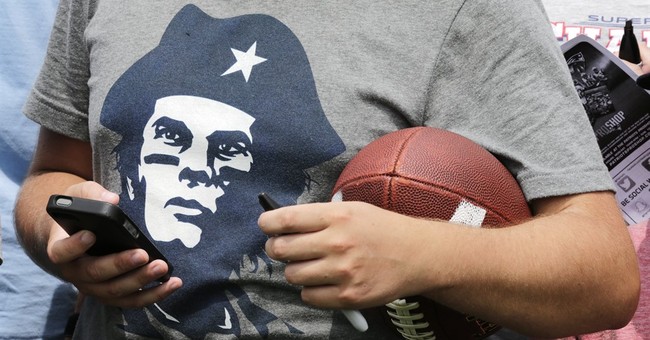 “Last year, I was invited to perform at the Havana Jazz Festival…I said: ‘Gee, whiz, that’s a pretty lofty invitation!…John Bowen made three guitars for me, and on each instrument he plastered on the face of one of the three leaders of the Cuban revolution – Fidel Castro, Che Guevara and Camilo Cienfuegos.”(ZZ Top’s Billy Gibbons, Dec. 5. 2015.)

So Rock and Roll Hall of Famer Billy Gibbons is over the moon with excitement about honoring the only regime in the history of the Western Hemisphere to criminalize Rock & Roll music.

As seen above, Rock and Roll legend Billy Gibbons will honor Cuba’s Stalinist regime with a performance at the Havana Jazz festival, a free tourism ad (i.e. the performance,) and with a special homage to the Stalinist leaders who outlawed Rock & Roll music and herded its young listeners into forced-labor camps for the crime of being Rock & Roll fans.

You see, amigos: in the mid 60’s the Stalinists who Rock and Roll Hall of Famer Billy Gibbons honors with special edition guitars decreed it a criminal offense for Cubans to listen to Rock music—and especially any music by Gibbons’ very Rock heroes.

Fidel Castro (who Gibbons honors with a special-edition guitar) even decreed that Cuban youths be herded into Soviet-style forced labor camps at bayonet point for the specific crime of “Elvispresleyism” (i.e. the very lifestyle celebrated in most of ZZ Top’s music videos.)

Including tens of thousands of these victimized Cuban rock & roll fans the regime honored by Billy Gibbons jailed and tortured political prisoners at a higher rate than Stalin’s during the Great Terror. The regime founded by Gibbons’ idols also murdered more Cubans in its first three years in power than Hitler’s murdered Germans during his first six.

But let’s face it: who gives a flying flip what Gibbons’ new Communist icons did to Cubans? So let’s bring it closer to home for Gibbons, the Texas good ‘ole boy, flag-waver and troop-supporter. Regarding his customized guitar honoring Fidel Castro:

“Of course I knew the missiles in Cuba were nuclear-armed. That’s precisely why I urged Khrushchev to launch them against the U.S.!” (Fidel Castro to Robert Mc Namara, October 1992.)

“According to the book Honor Bound the tortures of U.S. POWs by Castro’s agents were “the worst sieges of torture any American withstood in Hanoi.” (Yes, Fidel Castro sent Cuban torture specialists to Hanoi specifically to torture U.S. POW’s to death. (Fully documented here.)

“Against those hyenas there is no option but extermination!” (Che Guevara, 1961.)

“If the nuclear missiles had remained (in Cuba) we would have fired them against the heart of the U.S. including New York City. The victory of socialism is well worth millions of Atomic victims.” (Che Guevara, 1962.)

Every item and quote above thoroughly-documented in these internationally–published and acclaimed books.

But to the (let’s be polite here) “educationally-challenged” Billy Gibbons his homage probably seems perfectly fitting. Cuba was, after all, the first nation ruled by bearded long-hairs. Jean Paul Sartre, after all, hailed Cuba’s Stalinist rulers as “les Enfants au Pouvoir" (the children in power). Fidel Castro, after all, spoke at Harvard in 1959 on the same bill as pioneer beatnik Allen Ginsberg.

Remove the wispy beard and beret from Che Guevara and you’ve got Jim Morrison of The Doors. Circa 1959, Raul Castro with his blond pony-tail was a ringer for Joe Walsh circa Hotel California. Yank the cowboy hat from Camilo Cienfuegos’ head and you’ve got the Grateful Dead’s Gerry Garcia. Put a green army cap on Cream’s drummer Ginger Baker, darken his thin beard a bit, and there’s Fidel Castro himself.

So these Cuban Stalinists were on the cutting edge of fashion. They pre-empted ZZ-Tops very look by three decades--but WOE to any of Castro and Che’s subjects who attempted anything like the antics or lifestyle glamorized in ZZ Top’s music videos!

"These youths walk around with their transistor radios listening to imperialist music!" (i.e. Rock and Roll) raved Fidel Castro in a 1968 speech. "They corrupt the morals of young girls - and destroy posters of Che! What do they think? That this is a bourgeois liberal regime? NO! There's nothing liberal in us! We are collectivists! We are communists! “

Heard that? Yes: rebellious long-haired youths destroying images of Che Guevara—instead of wearing them! Who ever heard of such an outrage? Cubans, that’s who. (i.e. youths actually forced to live under Che Guevara’s handiwork.) Try it sometime. The impulse to shred and burn images of your torturers then becomes irresistible.

“Youth must refrain from ungrateful questioning of governmental mandates!” raved Che Guevara in a famous speech in 1961. “The very spirit of rebellion is reprehensible,” commanded Billy Gibbon’s icon Che Guevara. “Instead the young must dedicate themselves to study, work and military service!” Youth, wrote Guevara, “should learn to think and act as a mass.” Those who “chose their own path” (as in growing long hair and listening to Yankee-imperialist rock ‘n’ roll) were denounced as worthless “delinquents” and herded into forced-labor camps at Soviet bayonet-point. In a famous speech, Che even vowed “to make individualism disappear from Cuba! It is criminal to think of individuals,” he raved.

Not exactly the message conveyed by the music videos “She’s Got Legs” or “Sharp Dressed Man,” now is it?

Imagine Stevie Wonder and Aretha Franklin headlining the next NAACP awards concert with the smiling mugs of Orval Faubus and Lester Mattox emblazoned on their pianos. Such a stunt would qualify as only half as stupid as Gibbons’—nay, one-tenth as stupid. Faubus and Maddox never called for the mass incarceration of American blacks-- much less their nuking.