D.C. Disease and the GOP's "Electeds" 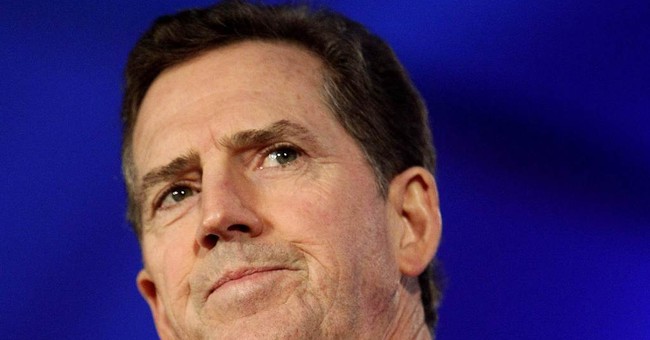 Trending
Why was the GOP so deeply divided as to what course it ought to have pursued in the fall of 2013 when the issue of shutdown loomed?

Why could it not agree on an approach to border security and immigration reform from its defeat in November 2012 forward?

Why was its number two man in the House of Representatives dismissed by the voters, and the defeat of Eric Cantor so wholly unexpected?

And why is paralysis of its increasingly likely majority in both the House and the Senate almost inevitable?

House Budget Chairman Paul Ryan's important new book The Way Forward gives a surprising answer, and perhaps not one that the 2012 GOP Vice Presidential nominee would even expect a close reader to take away, but as I discussed with him at length yesterday on my radio show --the audio and transcript are here-- the answer is now obvious to me: The "electeds" who make up the Beltway GOP Elite barely consult with many of its own "public intellectuals" within the nation's capital, and apparently not at all with those who live outside of the Oz that D.C. has become.

This class of "electeds" generate their policy proposals from within their own staffs and small circles of close friends and advisors, with some help from K Street and the political consulting class.

The elected GOP, to put it bluntly, hears the noise from the grassroots and it concerns them --even scares them-- but the elected GOP does not actually listen to what those grassroots are saying. The policy proposals put forward and the strategy developed on the Hill do not reflect what the grassroots want and thus the friction between the Beltway GOP and its voters is large and growing larger.

The Freshmen and sophomore House members who are closer to their voters as well as some rogue members who enjoy national support because of their identification with a particular national issue --Iowa's Steve King on immigration for example-- separate from House leadership not because they are ornery but because they are actually much more closely aligned with the super-majority positions of the center-right. The House leadership seem particularly divorced from the agenda held by the super majority of center-right voters and those who speak with them and for them.

In fact, I think even the talking heads and unelected policy wonks of D.C. are more closely in touch with what the grassroots want and indeed increasingly demand. But the GOP Congressional elite isn't.

Before interviewing Chairman Ryan, who remains among the most accessible and affable of the elected GOP, I ran a thought experiment with the help of my friend, frequent guest host and Salem/Townhall colleague Guy Benson, who served as a one man control group on my view of who "influences" the center-right grassroots the most.

"Who," I asked Guy, "were the 50 most influential center-right movers and shakers who did not hold elected office?" I had already jotted down my own list, and not surprisingly when I received his there was substantial overlap. Together we assembled around 75 names --we purposefully excluded past office holders as well as judges-- and we had about 50 percent overlap. Here are the names. As you run down them, ask yourself if you think the elite of elected GOP ever calls any of them to solicit ideas about policy or to serve as sounding boards for policy proposals in advance of their unveiling. (For my part, I can count on both hands the number of electeds who have called me before advancing a proposal to get input and reaction. About half of the time they seemed to have changed their views in response. That's 10 times in 15 years of hosting a nationally syndicated show heard around the country and not without influence on some key debates over the years.)

Guy Benson (nominated by me)

Paul Gigot (and the Wall Street Journal Editorial Board)