Replaying 1976 With a Different Ending 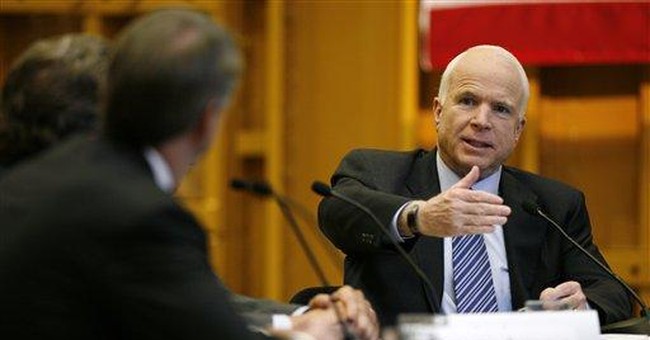 The 1976 presidential election between Gerald Ford and Jimmy Carter need in a dead heat. Time Magazine printed two covers, one announcing Carter's victory which was used, the other a "He Did It!" headline to go with the Ford upset win at the end.

Carter won by a nose, of course, and we have Iran on the brink possessing nuclear weapons as a result. But Republicans dismayed by the last week's trend in the polls towards Obama should recall that (1) that trend reversed already and is down to four points in the most recent Gallup tracking poll, and (2) the 34 days ahead are an eternity in politics.

Jimmy Carter closed his convention with a 33 point lead in 1976.

Ford's disastrous debate in which he declared Poland "free" occurred on October 6!

The electorate then was angry at Ford for pardoning Nixon and worried about a stagnant economy and the Georgia governor's inexperience. And still the race ended effectively tied. Carter took 23 states with 297 electoral votes, while Ford won 27 states and 240.

There are huge differences at work today though: Obama is not a conventional Democrat but from the far left edge of his party. Jimmy Carter had served in the Navy and had executive experience as a governor. Obama served as a community organizer and his only executiv eexperince comes from hispartnership with Bill Ayers at Chicago's Annenberg Challenge.

The Dems supporting Carter in 1976 were representatives of the party of JFK and Truman. Obama is bringing with him the forces of Kos and Michael Moore, and is partnered with Nancy Pelosi and Harry Reid.

The big media is of course completely in the tank for Obama, so much so that it is not thought disqualifying that Gwen Ifill will moderate tonight's vice presidential debate despite having penned a book praising Obama and timed for release to Inauguration Day. The MSM is acting as Obama's offensive line, blocking every bad story about him from the front pages or top of the news and somehow even managing to prop up Joe Biden, who most recently declared that FDR addressed the nation on television at the time of the stock market crash of 1929.

John McCain has a wind in his face, but he had a much stronger one blowing at him a year ago when his campaign was broke and all but dead. McCain was given a gift by Nancy Pelosi on Monday when the House Speaker let her election season mask slip and let rip with a snarl that startled even her allies in the House and signaled that the would be Triumvers of Obama, Reid and Pelosi will not be reaching across the aisle if Obama makes it to 1600.

McCain is a nationalist, and the vast majority of Americans are not of the hard-left variety represented by the leadership of the Obama coalition. That vast majority are center-right, and they have 30 plus days in which to first vent at the state of the market and then assess the men who would lead them. "Not Ready To Lead" has been Team McCain's mantra about Obama from mid-summer forward, and it remains the cloud over Obama in many minds, while many more simply worry about his hard-left views. John McCain led from the center on the financial rescue plan, and Obama beat a retreat to the tall grass until it was safe to come back to D.C. to vote yes, a perfect display of the choice in front of the country.

Four points down with 34 days and three debates to go against the hardest left nominee in history. If you had told John McCain that was his choice last summer, he'd have taken it in a second, and with very good reason.