Obama In Focus On The Fourth 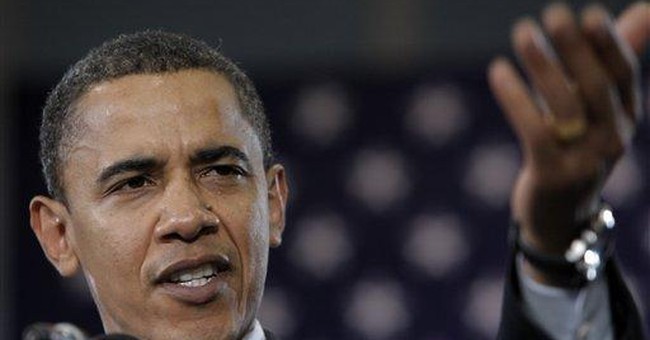 The Fourth of July celebrations will get underway for many Americans with an early getaway today. At picnics and backyard barbecues across the country the conversation will turn to politics, and particularly to Barack Obama.

If you find a young Obama voter at one of these gatherings, get their address and send them the "Letter to a Young Obama Supporter."

But if the conversation is among parents, neighbors, friends and siblings, here's the summary of what we know about election 2008. Print it off and take it along.

John McCain is a given. He's an American hero, a tough, ornery nationalist, a centrist maverick, strongly in support of victory in Iraq, hell on porkbarrel spending, not much on the social conservatism of the evangelicals but against abortion rights and gay marriage. He's not, as he likes to joke, as "old as dirt and as scarred as Frankenstein," but he's been a force in national politics for nearly three decades, and there is no doubt about his character or his courage, though many conservatives doubt his attachment to issues that drive them. He will fight for immigration reform, though this time with a much stronger set of border security measures.

The key: McCain will pursue victory in the war, deter our enemies because of his reputation for strength and defend the country via aggressive pursuit of terrorists in Iraq, Afghanistan and wherever they are, and get most of the judicial nominees right. He'll keep taxes where they are if he can.

Obama, on the other hand, is just now coming into focus for other than the already committed Obamians. He had a stumbling, bumbling close to his primary campaign, and the opening weeks of his general campaign have been marked by flip flops and lurches left.

Here's the core of Obama:

He wants the marginal rate on total federal taxes, including his social security tax hike, to immediately rise at least 57% on the highest earners. Obama wants to raise taxes even in a weak economy, though this is a recipe not just for recession but worse. Obama also wants to raise taxes on dividend income and to return the death tax to its highs of eight years ago.

Obama has proposed more than a trillion dollars in new spending.

Obama wants to cut and run from Iraq, with withdrawals of crucial forces beginning immediately upon his entry into office. Obama has never met one on one with General Petraeus and has not been to Iraq in more than 900 days. He is indifferent to the incredible progress made by our troops and the Iraqi Defense Forces and the Iraqi government in the last 18 months.

He supports the decision extending habeas rights to Gitmo detainees and he thinks the most liberal member of the Supreme Court, Ruth Bader Ginsburg, is a great model for future Supreme Court appointments.

Obama supports gay marriage, and opposes the California constitutional amendment to restore marriage to the definition overturned by a 4-3 vote of the California Supreme Court in May. He supports abortion on demand, including partial birth abortion.

Obama has the slightest grasp on history, and routinely makes the sort of errors about basic facts that shock knowledgeable observers, like arguing the Kennedy-Khrushchev summit in Vienna was an example of the benefits of one-on-one diplomacy.

Obama is not a strong friend of Israel. He spent 20 years in a church that was openly hostile to Israel, and he reversed himself on Jerusalem as the undivided capital of Israel after one day of criticism by Palestinians.

Obama is running a dirty campaign, and the serial assaults on John McCain's service, most visibly by Wesley Clark but by many others closely associated with Obama, is repulsive. These are not hits by independent 527s but by close associates and advisors of Obama.

Michelle Obama's campaign rhetoric has been very divisive, is full of anger and resentment about "moving the bar," and not being proud of the country, and has led to her high negatives with the public.

Obama's close friends, mentors and associates are deeply troubling: the radical pastor Jeremiah Wright, the unrepentant terrorists William Ayers and Bernadine Dohrn, the convicted swindler Tony Rezko, and now a long line of "public housing developers" who took the money and failed to deliver on promises of safe and secure housing for Obama's poorest constituents.

Obama's judgment on key appointees is suspect, and he has had to fire the head of his vice presidential search team because of ties to the subprime mess and dump numerous "foreign policy advisors" for their hostility to Israel.

Obama's deal with the Teamsters to end federal oversight of the union smells very bad indeed and telegraphs the sort of cronyism we could expect from an Obama Adminsitration. Obama's mentor and real estate partner is Rezko, who helped the Obama's buy their home, a home on which the Obamas received a mortgage that looks to many like a sweetheart deal.

Obama, like the other leaders of the Triple D Democrats --the Don't Drill Democrats-- doesn't care about the price of gas, and refuses every initiative to increase supply and thus bring that price down.

Obama has broken his word on his commitment to public financing of the campaign and to meet John McCain in frequent debates. Obama can't be trusted to keep even high-profile promises he made even only weeks ago.

Away from a teleprompter Obama stumbles and stutters and lapses into a closed circle of cliches that betrays almost no reading or curiosity about the world around him,and a massive ignorance of the war in which we find ourselves. Even when he works from a prompter he says nothing at great length with wonder phrasing but zero substance.

His crowds are enormous and his coffers overflowing, the products of a highly energized and vitriolic left that expects --believes it will be owed, in fact-- the spoils of the election. If Obama wins, the sharpest lurch left in American history is ahead of us.

Barack Obama is not only the most radical nominee of a major American political party in history, he is also the least prepared and the least informed. He has spent less than four years inside of the United States Senate, and much of those years have been spent away from his job and away from the capital he wants to lead. But he is protected and his campaign nurtured by a MSM that swooned for him long ago. The prolonged and serious scrutiny of his background and his proposals will not be forthcoming in any consistent way between now and November.