H. Sterling Burnett
|
Posted: Jan 15, 2018 12:01 AM
Share   Tweet
The opinions expressed by columnists are their own and do not necessarily represent the views of Townhall.com. 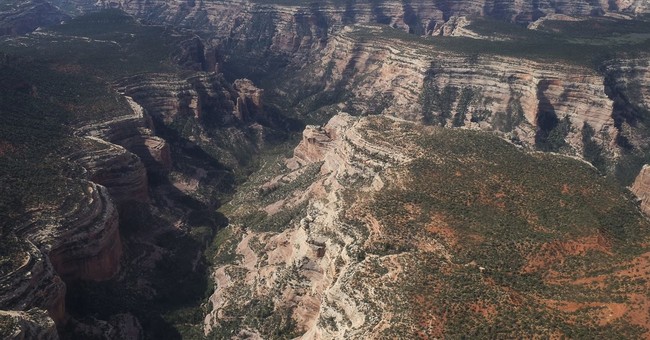 New Year’s is a time for resolutions concerning personal changes one would like to make in one’s life. And each year, for me, it is also a time to reflect upon the environment and energy policy changes I would like to see take place during the coming year—recognizing, as with personal New Year’s resolutions for so many people, the list of goals is more aspirational than a list of policies I believe are likely to soon be implemented.

First, and most importantly, I’d like to see Congress show greater respect for and fealty toward the Constitution’s Bill of Rights, in particular the Fifth and Tenth Amendments. Neither the word “wetlands,” nor the phrase “endangered species,” appears anywhere in the Constitution. Congress simply wasn’t delegated the authority to protect animals, plants, insects, or swamps in the Constitution. So, in accordance with the 10th Amendment, laws concerning wetlands or critters ought to be “reserved to the States respectively, or to the people.”

Decades ago, in a gross violation of the Constitution’s limits, Congress usurped states’ authority to protect species and wetlands under the guise of the interstate “Commerce Clause,” a ridiculous fiction inexplicably backed by the U.S. Supreme Court. At the very least, if the Supreme Court is unwilling to enforce the limits the Constitution places on Congress regarding species and wetlands, the Environmental Protection Agency and the U.S. Army Corp of Engineers  should respect the limits the Court placed on them in prior rulings as they begin to rewrite the protections afforded water bodies and wetlands under the Clean Water Act. It should also restrict federal control over wetlands to waters that are truly navigable and the lands directly adjacent to them.

Further, the federal government’s power to protect waters and lands should be limited to those that straddle or cross state borders or are directly involved in interstate commerce, not lands or waters solely within the borders of a single state. Beyond those limits, if the government wishes to regulate the use of wetlands on private property, it should compensate landowners to the extent their property uses are restricted, as required by the Constitution’s Fifth Amendment.

The same is true of species protections. Congress must revise the 1973 Endangered Species Act (ESA) to ensure when species need private property to survive, the owners are justly compensated for the public service they are providing when their property uses are limited. It would be even better if ESA were rewritten to encourage property owners to foster species recovery. Instead of penalizing good stewardship, as the act currently does by punishing even those people who manage their lands in ways that attract and help endangered species to thrive, the government should pay a “bounty” to landowners for each member of a species their land management activities attract or for developing habitat for endangered species. This would be better for species, fairer to property owners, and truer to the conditions placed on the government by the Fifth Amendment.

Finally, I hope in the coming year (or decades) the federal government disposes of much of the land it controls in Western states, thus finally treating those states and their residents as equals of Eastern states and their residents. The federal government owns just 4 percent of the land in Eastern states. This is largely because the Founders intended property to be held and controlled by private citizens, not government. This allows more people to exercise their independence and autonomy, developing land for uses they see fit.

During the Progressive Era of the early 20th century, this changed. Homesteading was ended and the federal government arrogated to itself control of more than 50 percent of 11 Western states. As a result, the residents of Western states have virtually become vassals or serfs to their masters in Washington, DC. State and local governments are denied the economic bounty and tax revenues that flowed from land privatization in the East.

While the federal government is supposed to provide payment in lieu of taxes (PILT) to Western states to compensate local governments for some or all of the tax revenue lost due to federal ownership within their borders, these payments are nowhere near the amount of revenue they would enjoy had the land been disposed of in a manner that’s similar to what occurred in Eastern states. Indeed, PILT often gets tied up in annual budget battles, coming late or being cut to the bone, leaving Westerners begging for the money they should be paid by right. To end serfdom in the West, Congress should dispose of some of the property it owns in Western states.

In short, my New Year’s wish is for a smaller, less powerful federal government—one that actually respects the limits placed upon it by the Constitution. Should we make progress toward this goal, that would make for a truly blessed 2018.