College students: Before you Ask "Who's Teaching Us?" Ask Yourself "What have I learned?"

Helen Raleigh
|
Posted: Apr 07, 2016 12:01 AM
Share   Tweet
The opinions expressed by columnists are their own and do not necessarily represent the views of Townhall.com. 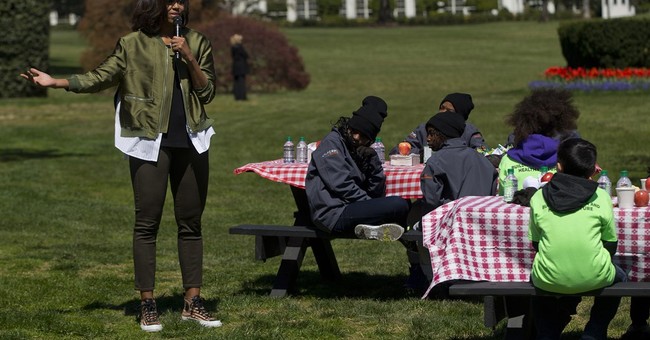 There is more bad news out of US college campuses. At Stanford, one of the most prestigious universities in the world, a group called Who’s Teaching Us (WTU) has been campaigning for faculty diversity, ethnic studies, compulsory “identity awareness training” and more community centers. WTU recently released their 20 demands to Stanford and students will vote on these demands on April7. I encourage all of you review them because it will be quite educational for you to learn the mindset of these over privileged but under-educated young people.

For example, Demand #3: " WE DEMAND that the Engaging Diversity requirement be reformed so that it only includes classes that address diversity as it relates to issues of power, privilege, and systems of oppression and so that students will be required to take two Engaging Diversity classes instead of one. One of these classes must be on diversity in the major." Or Demand#7: " We DEMAND the removal of Wells Fargo from our campus and for Stanford to recognize its discriminatory lending practices in Black and brown neighborhoods and investment in CCA and Geo Group’s business interests that dehumanize Black and migrant people."

Upon reviewing these demands, I can't help wondering: how did these students get into Stanford? And what have they learned? Most of these demands are so absurd that it's not even worth spending any time and ink to rebut them one by one.

But I do feel compelled to address one of their nonsensical demands. Stanford University traditionally offers a Structured Liberal Education (SLE) program that is specially designed for freshmen. It combines teaching students "humanities classics (literature, philosophy, and arts) and writing instruction." According to its website, the SLE courses offer "Comprehensive study of the intellectual foundations of the western tradition in dialogue with eastern, indigenous, and postcolonial perspectives. The cultural foundations of western civilization in ancient Greece, Rome, and the Middle East, with attention to Buddhist and Hindu counterparts and the questions these traditions address in common. Texts and authors include Homer, Plato, Aristotle, Greek tragedy, Sappho, the Hebrew Bible, the New Testament, Saint Augustine, and texts from Hindu and Buddhist traditions."

Apparently the teaching of Western civilization and the fact of many of these great texts were written by white men apparently is troublesome to members of WTU. One of their 20 demands (demand #4 to be exact) is to replace current SLE courses with "an alternative program" covering" works by people of color through POC frameworks."

Yet this WTU demand, in conjunction with their other demands, demonstrates why students need to learn more about western civilization and its great texts. Western civilization's greatest contribution to humanity lays in its emphasis on reason, free will, individual rights and the rule of law. Societies built upon these ideas enabled people to freely create and keep fruits of their labor, freely pursue their happiness and be self-determined how to live their lives. Not surprisingly, more people live in freedom, peace and prosperity in the west than anywhere else in the world. Even less surprisingly, thousands of migrants are trying to reach the west while risking their lives on a daily basis.

Western civilization is not without faults. But only if we first learn from the past, especially by rubbing minds with great thinkers in the past, as C.S. Lewis (yes, a white man) once explained, can we be better prepared to avoid faults in our own times. Calvin Coolidge (yes, another white man) once said, "Great ideas do not burst upon the world unannounced. They are reached by a gradual development over a length of time usually proportionate to their importance." Thus, the SLE courses on Western civilization seem to be an indispensable subject that young people should be exposed to because, in C.S. Lewis’ words, these thoughts and ideas can transform students from "an unregenerate little bundle of appetites" into "the good man and the good citizen."

I doubt any of the WTU members have ever heard of Earl Shorris. Earl was the founder of The Clemente Course in the Humanities, which "teach the humanities at the college level" to the poor across five continents free of charge. While the Clemente course includes texts from other cultures, it emphasizes western classics. Students who attend the Clemente course are assigned readings by Plato, Aristotle, John Stuart Mill etc.

When asked why teach western classics to the poor, Shorris explained that studying western classics gave each person "a foundation for getting along in the world, for thinking, for learning to reflect on the world instead of just reacting to whatever force is turned against you."

How successful is the Clemente Course? Earl recounted a story in his book, the Art of Freedom. One day Earl got a phone call from one of his students, a young man with a history of violent behavior. He told Earl a woman at work had driven him so mad that he had wanted to physically hurt her. Before he opted for violence, this young man asked himself, "What would Socrates do?" He walked away and called Earl.

If Western classics can have such a profound impact on a young man from an under-privileged background, it's time for the privileged WTU students to stop being snobbish and stop wasting time on making ludicrous demands, but rather, start reading western classics. May I suggest The Republic by Plato for a start?