A Mind is a Terrible Thing to Waste 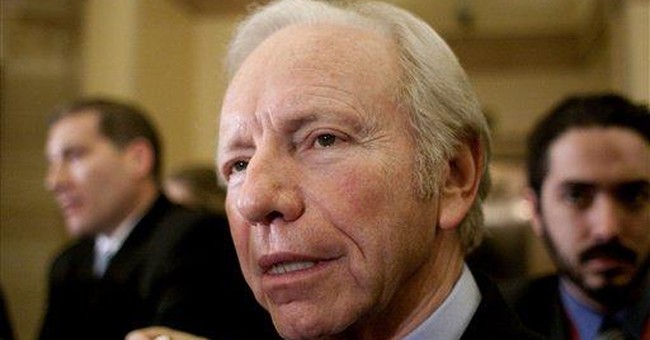 Most of us remember the stellar advertising campaign A Mind is a Terrible Thing to Waste designed at giving underprivileged college students a bite at the educational apple. This week Senator Joe Lieberman (I-CT) decided to use this concept to become an advocate for middle school and high school students as well. Lieberman and five colleagues weighed in on D.C. politics, filing an amendment to a tax extenders bill to reauthorize the D.C. Opportunity Scholarship Program (OSP).

The D.C. OSP was created in 2004 under the Bush administration. These $7,500 scholarships made it possible for students to attend a private school. The students that used these scholarships felt a greater degree of safety as well as made major academic strides. A federally mandated evaluation of the program also showed these private school students received the equivalent of 3.7 months of additional learning than others. This has been done while actually reducing the District’s costs as these students only received half of the city’s $15,000-per-pupil assessment.

At a press conference last month, Sen. Susan Collins (R., ME) stated that if the scholarship is not saved, 86 percent of these students will be forced to return to failing schools. In that same press conference, Senator Lieberman said, “If Dr. King were here today, he’d be fighting his heart out for the OSP.” The Senator vowed then to find a way to save the D.C. OSP.

Before we talk more about the scholarship and its merits, let’s go back to 2004 and find out what the environment was that led to the program’s initiation. D.C. schools led in violence nationally, while ranking academically near the bottom. In 2004, 14 percent of students said they didn’t go to class because they felt unsafe. As a result of this unprecedented violent atmosphere, private money also was invested in the city to curb violence. A personal hero of mine, Robert Woodson, was given $1 million by the Chevron/Texaco Corp. to support his Violence-Free Zone initiative. Woodson is the director of The National Center for Neighborhood Enterprise in Washington.

The million-dollar grant focused on just four elementary schools, funding several after-school activities based on the Violence-Free Zone’s seven-year track record at that time. The initiative had successfully quelled gang banging and violence in DC’s Benning Terrace public housing complex and received national acclaim that led to its replication in cities like Dallas.

In 2010 we still have problems with the schools in D.C. More than 60 percent of fourth graders cannot read at a basic level. In addition, we have a 50 percent high school dropout rate among African-American males. What about crime?

The conservative think-tank Heritage Foundation reported several additional statistics about D.C. schools this past fall. Data obtained from the D.C. police department showed that the schools reported 3,500 incidents of crime during the 2007-08 school year. Obviously this level was many more than D.C. chartered or private schools reported. “Of the calls by public schools, 912 concerned violent incidents, including one homicide and 43 sex offenses. The most common, violent crime was simple assault; there were 648 reports of this and 114 reports of aggravated assault.”

Against this current backdrop of violence and lost academic opportunity, the administration’s FY 2011 budget has cut the D.C. OSP funding to 8 million dollars for scholarships. Further, the White House administration has been unsympathetic to the cries of the people, while President Obama sends his own kids to Sidwell Friends School. If this isn’t bad enough, some residents have cited the irony that the president, himself, received scholarships but wants to take them way from D.C. kids.

Parents in the city are outraged for obvious reasons - a proven scholarship program that is good for everyone has been suspended for doctrinaire or ideological reasons. To add insult to injury the administration has been resolute in promoting policies that do not give D.C. kids safe or effective education.

Most parents also feel that maintaining the D.C. OSP budget would be little more than a rounding error in the grand scheme of our national indebtedness. These D.C. voices believe that when they add the inefficiency of the D.C. school system under Mayor Fenty to the White House administration’s disinterest, they see an example of broken government. They see both a local and a federal government that does not serve them.

Black parents in underprivileged areas know that educational opportunity is the premier civil rights struggle of our time. They also know that keeping an opportunity for school choice alive in the nation’s capital will make all the difference for their kids.

For these reasons, many D.C. residents see Lieberman and his five co-sponsors as compassionate heroes. Their compassion may actually be born out of the fact that 44 percent of senators in the 111th Congress have at one point sent a child to private school. As a D.C. resident, I salute Mr. Lieberman, Sen. Robert Byrd (D-WV), Sen. John Ensign (R-NV), Sen. George Voinovich (R-OH), Sen. Susan Collins (R-ME) and Sen. Dianne Feinstein (D-CA).