Let the People Vote: An Open Letter to Congress 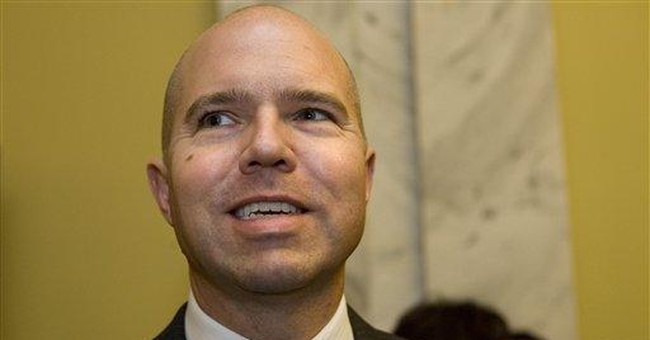 The following is an excerpt of a letter that was presented to Nancy Pelosi, Harry Reid, Mike Pence, Mitch McConnell, Barbara Lee and the Congressional Black Caucus this week by national pastors and leaders who want to be counted among those who see marriage as an important issue in America today.

… We, the under-signed, are a bi-partisan group of 100 ministers from around the nation. Most of us currently serve the African-American community, but we have begun a national campaign to mobilize the entire Christian community - black, white, and Hispanic.

We are asking you to veto the Religious Freedom and Civil Rights Equality Amendment of 2009. In addition, we solicit your help in protecting the citizen’s right to vote under to the District of Columbia’s Charter. The charter guarantees the people a co-equal opportunity with the city council to create or veto laws.

Currently, federal law defines marriage as a legal union exclusively between one man and one woman. Further, the DOMA bill was passed in the US Congress by a vote of 85-14 in the Senate and a vote of 342-67 in the House of Representatives and was signed into law by President Bill Clinton on September 21, 1996. The DC Charter authorizes a citywide vote on this or any other issue, if petitioned to do so by the people. By furiously doing everything in its power to prevent a citywide vote on the definition of marriage, the City Council ignores what the charter plainly says. This arrogant act is tantamount to illegally ‘amending’ or ‘deleting’ the D.C. Charter's guarantee to the citizens of their right to vote.

… If the recent DC same sex-marriage law is allowed to stand, people around the nation will ask, “Why did Congress allow the city to violate the Defense of Marriage Act (DOMA)?” …If the Congress or Senate do not weigh in to protect marriage, there will be political consequences to pay. In a recent city council hearing in DC about this law, Councilman Jack Evans warned DC citizens that “there will consequences” for bringing our concerns to the Hill. He spoke as though he was a dictator or potentate of some sort. His words are indelibly etched on our minds and the DC public hearing records.

The councilman’s actions are questionable because of a statement he made on Friday October 30, 2009 while handling an unrelated matter in the DC City Council. He said, “...the federal law and the DC Home Rule Charter takes precedence over District Law and Policies when there is a conflict or challenge in that law or policy.” Furthermore, all the members of both the House and the Senate should be reminded that there is a clause in the District's Human Rights Law which states “Nothing in this chapter (law) shall be construed to supersede any federal rule, regulation or act.”

…You have the responsibility and oversight of the District of Columbia. Further, the District is our federal capital. Unlike Las Vegas, what happens in DC rarely stays in DC. Finally, our elected officials have vehemently opposed the people’s rights. Therefore, we ask that you consider the counsel of the seasoned ministers and community leaders who write to you as moral and cultural watchmen…

Our views are based on timeless values and clear principles that anchor both our faith and our politics. Let us restate the fact that the demographic we purport to represent is not simply an appendage of the “religious right.” If our estimates are correct, people who think like us number between 60 and 75 million voters. This voting block is the foundation of a new kind of coalition that voted for Proposition 8 in California. They also voted for President Obama. A danger for both parties would be to write us off as being doctrinaire, impractical, or out of touch with their respective political bases.

Why are we so animated about this topic? … In every nation where same-sex unions have received comparable status to heterosexual marriage, rapid and additional destabilization of the entire institution of marriage has been an unintended consequence.

The conflicts that will be created for all of society by legalizing gay marriage are not hypothetical. They have already happened and will become increasingly frequent as gay activists continue to push their marriage agenda forward. The message to people of faith is that the teachings we have come to hold dear and thousands of years of history must take a back seat to political correctness and the influence of gay activists.

In conclusion, we want to live out one of the principles of Eleanor Holmes Norton’s “political bible.” She is famous for saying, “The only way to make sure people you agree with can speak is to support the rights of people you don't agree with.” Even though Norton, Catania, and Evans are all gay marriage advocates, the people still deserve their right to vote. Therefore we cry --- Let the people vote!