Harry Jackson
|
Posted: Jul 19, 2022 12:01 AM
Share   Tweet
The opinions expressed by columnists are their own and do not necessarily represent the views of Townhall.com. 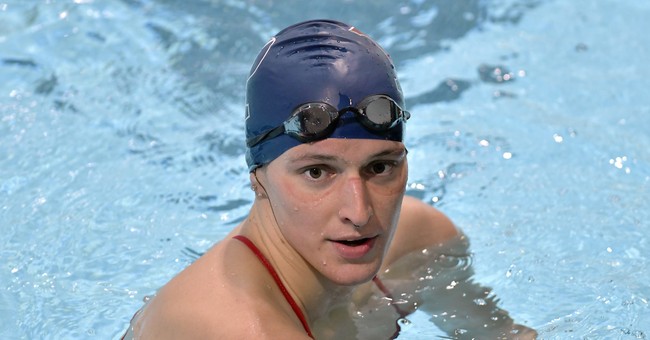 Girls’ sports in the K-12 pipeline have long struggled for equality, from having an equal number of sports, to equal access to facilities, coaches, equipment, and practice times. Having been an official in a number of sports, including boys’ lacrosse, basketball, football, and field hockey over the past 18 years, the issue of having biological males, seeking affirmation, competing in girls’ sports to validate their identity creates a safety issue that is not possible to effectively govern at the high school level.

Most people are familiar with the case of swimmer Lia Thomas and are curious as to why transgender females should not be allowed to compete in girls’ sports at the high school level. What one should understand is that sports are an extension of the classroom that focus on three factors: safety, sportsmanship, and competition.

In the case of Thomas, safety was not an issue. She could not endanger any of her fellow competitors. What many in society had an issue with was the sportsmanship aspect of her participation. Was it fair to have a biological male compete with females? In the era of critical gender theory, advocates define gender not as what someone is, but who they define themselves to be.

In this case, at the collegiate level, where competition trumps sportsmanship, their argument prevailed, despite transgender women having the benefit, in some cases, of experiencing male puberty, allowing for greater testosterone levels, greater muscle mass, and higher levels of red blood cells.

Such is not the case in high school sports, where sportsmanship trumps competition. Not only that, but there are significant safety issues to address. Do parents consider the ramifications of how requiring the affirmation of one’s stated identity could lead to biological males in high school sharing locker rooms and showers with their daughters? Or sleeping in the same rooms as them on overnight trips? These are just logistical issues. There are practical issues that are impossible to govern in the field of play.

Swimming is one issue. But what about girls’ basketball, lacrosse, or soccer, all of which are contact sports.

How are officials expected to officiate a safe competition when there are scenarios, per rule, that allow for contact between players? How do they address matters in instances where there is a foul? In girls’ lacrosse, participants do not wear helmets or protective padding. What would the ramifications be if a transgender female, in a reckless manner, stuck an opponent with her crosse (known as a slash)? In soccer, what dangers exist when two participants are bumping one another side to side? Or in basketball, where there may be rough play in the post?

Girls need to have their space to compete. They have fighting for it for a long time and have achieved many victories. But there's still a long way to go. At the professional level (women’s soccer), they fight for equal pay, and in the NCAA basketball tournament a few years ago they had to demand equal facilities.

There is only one solution that satisfies the requirement for transgender girls to affirm their identity, while maintaining the integrity, and intent of having girls’ sports.

If transgender girls insist on participating in athletics as a girl, we should rename the boys’ division an “open division” where all genders may participate. But a separate division for biological females must remain. Girls have played in boys’ sports, such as football, wrestling, and lacrosse, when the same sport was not available to them as an option. There are those rare exceptional biological female athletes who can compete with boys, and if they want to, let them.

When we speak of equity in sports, we are not referring to boys and men, who have most of the advantages. They are not at risk with such a policy. But we do need to protect girls from those who have significant biological advantages and not deprive them of the opportunities they have fought so hard for.

Harry Jackson is a Parent Advocate for Parents Defending Education. Harry has over 15 years of federal government experience, is an assistant professor at National Intelligence University and served on the Thomas Jefferson High School PTSA Diversity Committee.